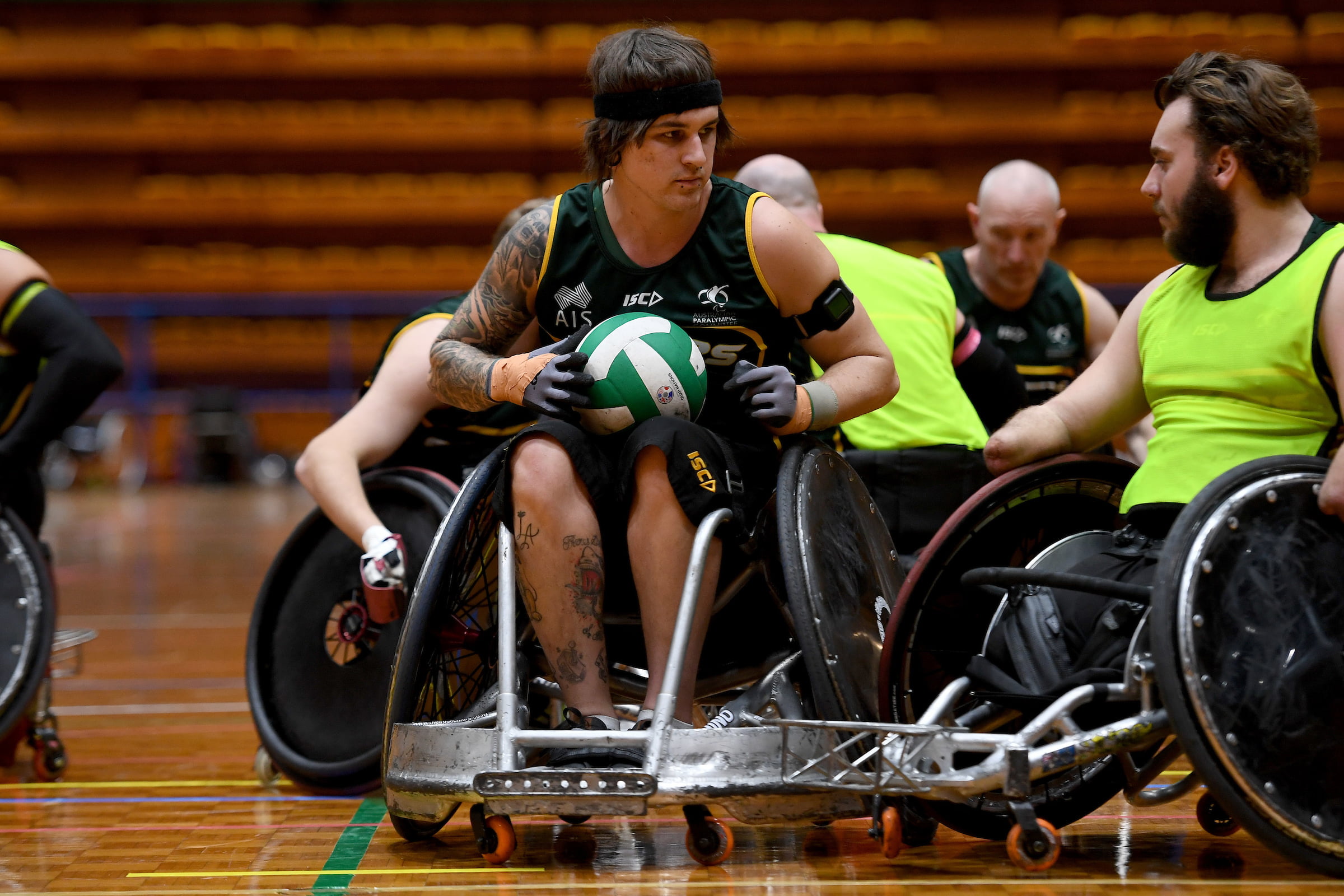 All their planning is now done. It’s time for the Australian Steelers to perform at the 2018 IWRF Wheelchair Rugby World Championships in Sydney beginning tomorrow.

The Steelers face New Zealand in the tournament opener at Sydney Olympic Park and put the finishing touches on their preparations today with victory in a practice match against France.

No nation has ever won a World Championship on home soil and it’s a hoodoo that will hang over the heads of the Australians until the finals are contested on Friday.

But to get the medal rounds, the Steelers must win at least four of their five pool matches this week while managing the hype of being the reigning Paralympic and World Champions and the number one ranked team according to current IWRF rankings.

Add to that the expectation of the players’ family and friends who have travelled from across the country to purchase tickets and attend each match and you get a sense of the pressure that the home team faces.

However, it is already evident that the Steelers are relishing the challenge. They are not strangers to performing on the biggest stage after winning gold at the 2012 and 2016 Paralympic Games and the 2014 World Championships.

The Steelers were convincing in today’s 60-47 practice match victory over the French, which came after they handed a 67-41 thumping to Columbia, set to appear at their first World Championship, yesterday.

Asked how the Steelers have handled the first few days in Sydney since arriving for their World Championship defence, Australian head coach Brad Dubberley was characteristically composed.

“Every player has had some court time in both practice games and had a chance to blow some cobwebs out before our first game and now they’re looking forward to that first game against New Zealand,” Dubberley said.

“The boys are very fit coming in. Smithy [Assistant Coach Greg Smith] has done a great job with their strength and conditioning work, we’re right across all of our game plans and now it’s time to get into it. We’re just looking forward to getting amongst it.

“It’s going to a huge week, we have some strong opponents and massive games ahead of us, but we just have to take care of ourselves, get the results we know we can achieve and hopefully do the job we came here to do.”

After facing New Zealand tomorrow, the Steelers face Sweden (Monday), Denmark (Tuesday), Ireland and Japan (both on Wednesday) before the semi-finals on Thursday.

Australian captain Ryley Batt said his teammates were fully aware that although they will start hot favourites in all five matches, their opponents would love nothing more than to spoil the home side’s campaign.

“It’s been all about building momentum for us. Hopefully we can carry that into the New Zealand game to start the tournament right,” Batt said.

“There’s been a really good feeling among the team since we’ve been here. It feels like one of those campaigns where we’ve been successful previously.

“Everyone has been on the court in both practice matches and done a fantastic job, it feels like there are no weak line-ups and we’re having fun together.

“We’re sick of waiting. We just want to play that first game against New Zealand now to start the tournament on a really good note and carry that momentum through. We’re really confident that we can do it and we want to do it for our family and friends.”