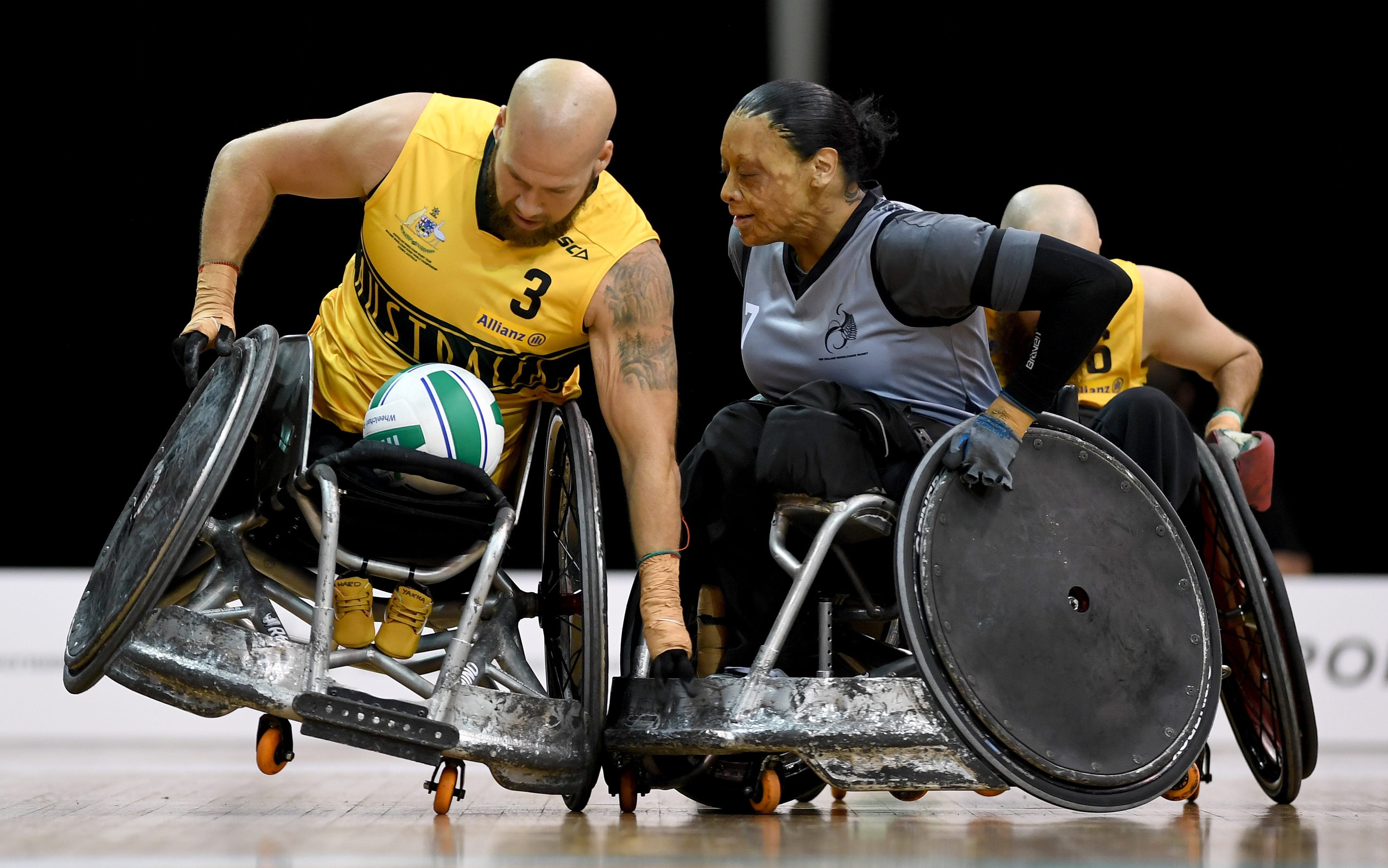 Australia could not have been more convincing in their opening match at the 2018 IWRF Wheelchair Rugby World Championship on Sunday, hammering New Zealand 66-36 at Sydney Olympic Park.

Any questions about the Steelers being overawed at their home tournament were answered in the opening quarter. The Wheel Blacks looked shell-shocked, conceding seven turnovers in the first eight minutes before the Aussies took a 15-8 lead into quarter time.

And the one-way traffic did not stop.

With the Governor General of Australia Sir Peter Gosgrove and Federal Sports Minister Bridget McKenzie among the dignitaries watching on, the Steelers were relentless and physically dominant with their powerhouse captain Ryley Batt leading the charge.

But it was the performance at the defensive end of the floor that provided the platform for the rout.

The Steelers forced a mammoth 31 turnovers during the contest, including 18 in the second half which complied with head coach Brad Dubberley’s firm instruction issued pre-game to fight until the final siren.

“I’m really content with that performance and really glad to get this show on the road,” Dubberley said.

“You always want to start well at tournaments like this and I think the boys met that expectation. Everyone was on-song, they knew their role and now we just have to keep it rolling for the rest of the week.

“Obviously everyone is watching on and there were few other distractions today like the Opening Ceremony, so there were some unknown factors heading in.”

The attention of the Steelers now turns to tomorrow’s pool match against Sweden at 12:30pm.

Australian captain Ryley Batt said it is now about building momentum as his men aim to defend the World Championship title and become the first nation to win on home soil.

“Sweden are a really good, composed offensive team so I don’t think we’ll get as many turnovers as we did against New Zealand today. They are very controlled and very well-drilled,” Batt said.

“I expect a game that will be a lot tighter and they will draw it out a lot longer.”