Rollers to battle for bronze after loss to USA 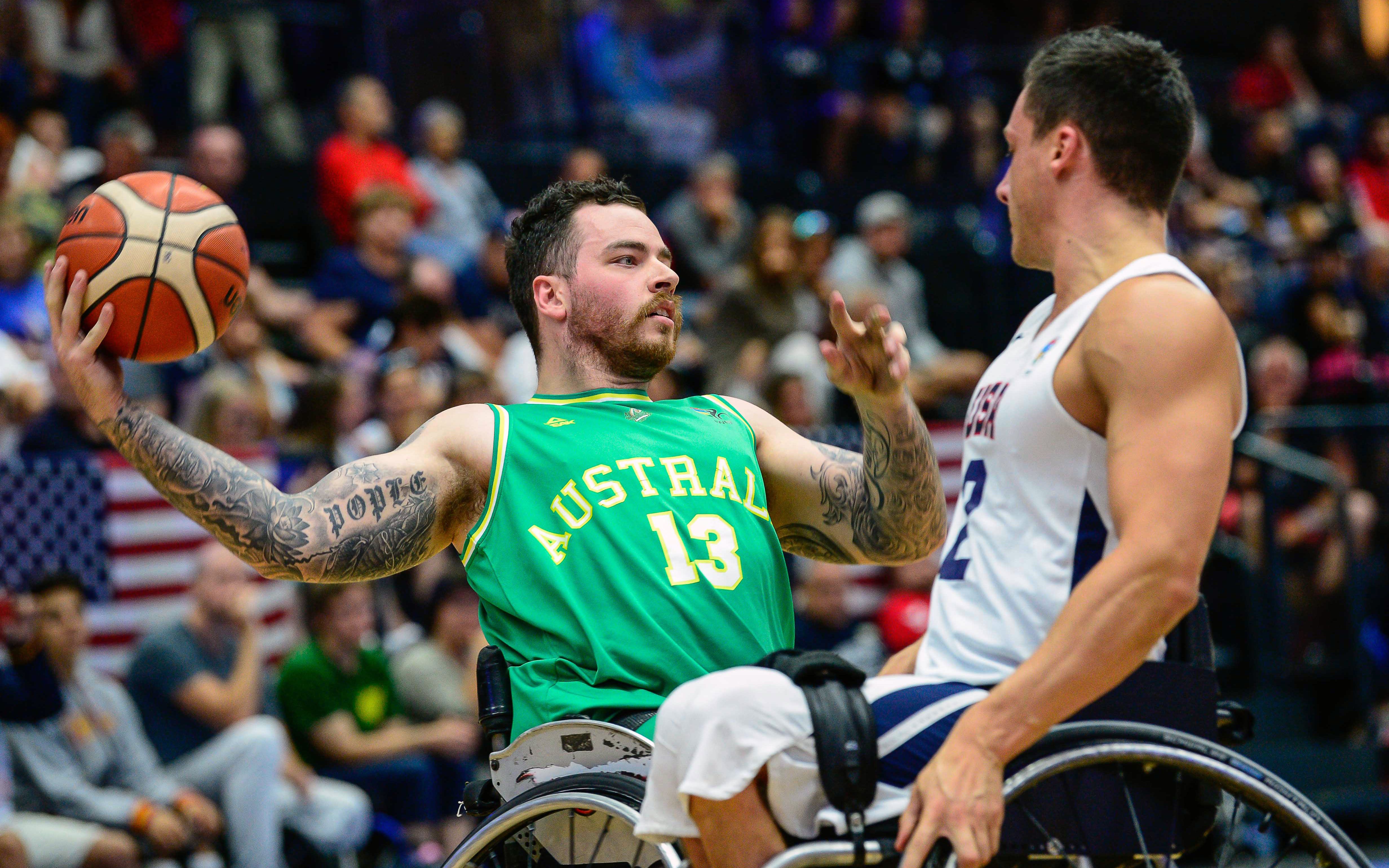 The Australian Rollers’ quest for three straight World Championships gold medals has come to an end with a 59-84 loss to the USA in the semi-finals.

While the USA were the better team on the day, the scoreline ultimately flattered them, with the Rollers taking the contest right up to the 2016 Paralympic gold medallists throughout the game.

However, Australia could not get enough stops at the defensive end; the Americans won every quarter while shooting 57 per cent from the field and also hitting 4-8 from the three-point line.

The Rollers set the pace early, with captain Shaun Norris (14 points, three assists) scoring four points in a 6-0 run to open the game.

He also drilled a three, and had nine points by the first break, but once the USA saw the ball drop a couple of times, they were highly efficient and took a five-point edge into quarter-time.

They then scored the first five points of the second period to push the margin out to double-digits.

Norris did his best to reel in the deficit, knocking down his second three-pointer of the game, and Tristan Knowles (seven points, three rebounds, four assists) followed suit, coming off the bench to play some strong minutes.

The Rollers were powerless to stop the USA at the other end of the floor, though, with the Americans shooting 55 per cent to half-time and showcasing their impressive speed in transition, as well as strength across their line-ups.

Australia’s gameplay was improved out of half-time as they strung together a couple of baskets and stops, and the deficit dropped to single digits.

However, the Rollers’ aggressive play found them in foul trouble and the USA took advantage from the free-throw line to create a comfortable lead once again.

One last push in the fourth quarter saw Jannik Blair (eight points) bank in a lay-up and Matt McShane (four points, one assist) hit the scoreboard, but the USA had an answer every time and went on to consolidate a comfortable victory.

Despite giving up a 14-0 advantage in fast break points and being outscored 10-0 from the free-throw line, Australia had 11 players record a basket and 10 players tally an assist to prove their depth.