Para-canoeists kick off World Championships with a bang 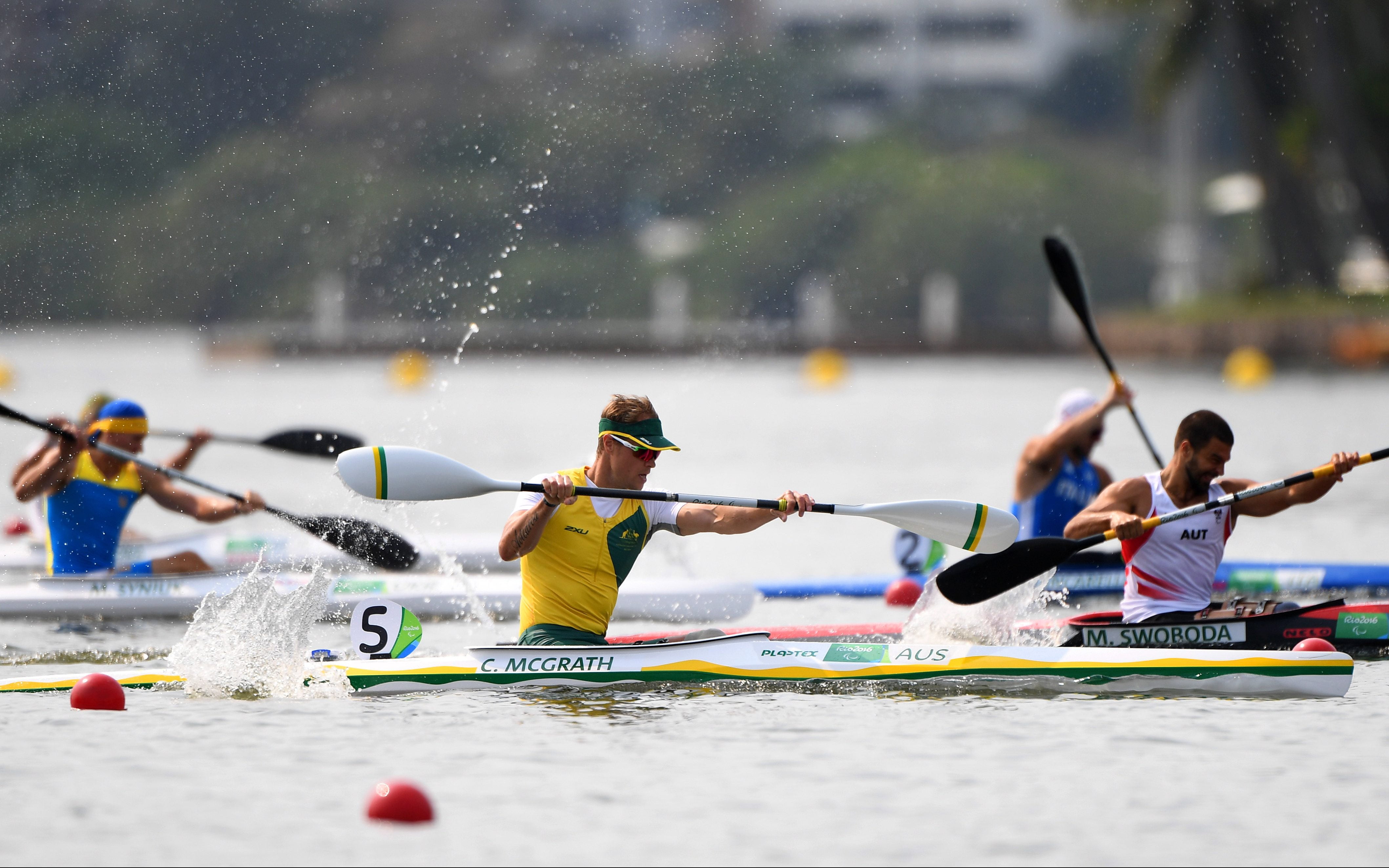 Australia’s Para-canoeists have kicked off the 2018 Para-canoe World Championships in Portugal with a bang with all Aussies qualifying for the finals on day one of the competition (Wednesday, 22 August).

Paralympic champion and defending World champion Curtis McGrath (QLD) started the first day of competition with a convincing win in the men’s KL2. McGrath won the 200m race with an impressive lead of +4.991 seconds and going straight through to Friday’s final.

Later in the day, McGrath put in an equally impressive performance winning the men’s VL3 with a +3.56 seconds margin in 52.925. The VL3 final is scheduled for Saturday.

The 30-year old is a two-time World champion in the KL2 and four-time VL2 World champion and comes to Portugal after winning both the KL2 as well as the VL3 at the only World Cup of this season in Szeged, Hungary in May.

Australia’s youngster, 18-year-old Paralympian Dylan Littlehales (NSW), who won bronze in the men’s KL3 200 at the World Cup in May, opened the World Championships with a second place in the KL3 heat and then went on to win the semi-final. He will be racing the KL3 final on Friday.

Rio 2016 silver medallist and defending World champion Amanda Reynolds (VIC) showed an impressive performance in her first race back in international competition after dealing with a wrist injury earlier in the season and qualified with a second place in the heat for today’s KL3 final.

Rio 2016 bronze medallist in the KL2 200 Susan Seipel (QLD) completed a successful day for the Aussies and qualified for today’s final after finishing third in her heat. Seipel is also contesting the VL2 with a straight final on Saturday.

Athletes from more than 30 nations are contesting this year’s ICF Para-canoe World Championships, which take place in Montemor-o-Velho from Wednesday, 22 to Sunday, 25 August 2018.