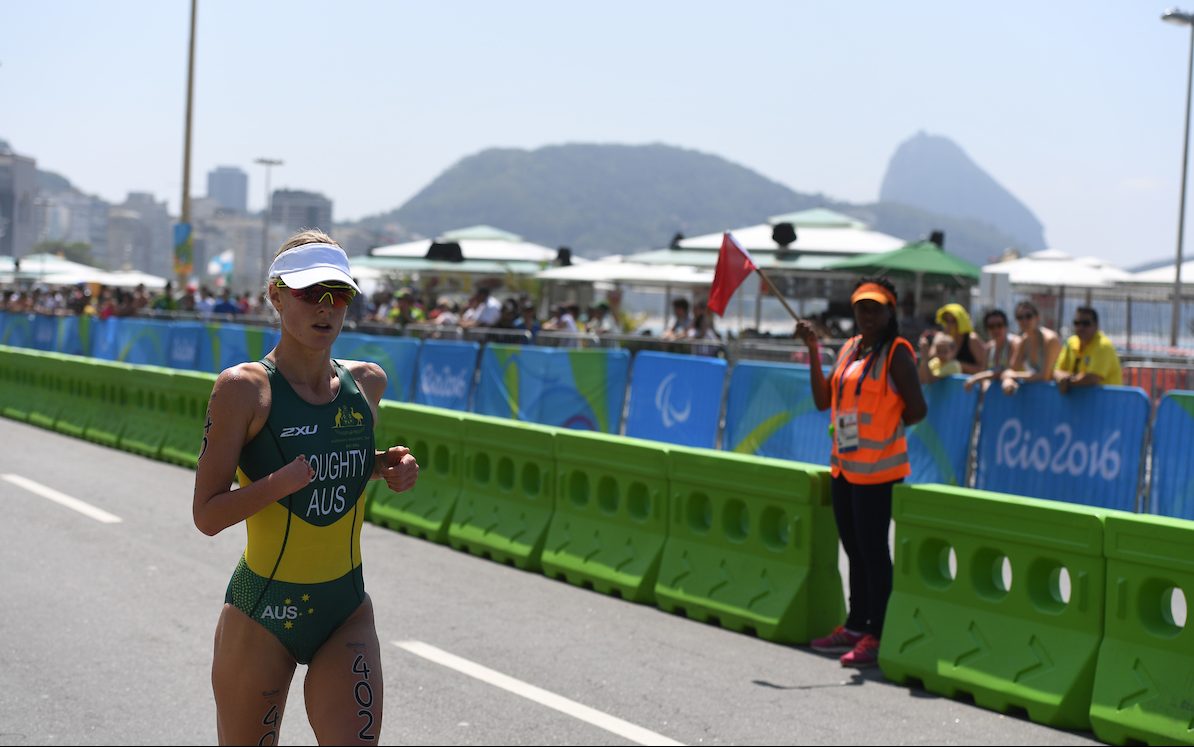 The International Paralympic Committee (IPC) and International Triathlon Union (ITU) have confirmed the Para-triathlon categories that will compete at the Tokyo 2020 Paralympic Games. Building on the six medal categories at Rio 2016, there will now be eight in Tokyo.

The following categories will be included in Tokyo, with women’s wheelchair athletes and male visually impaired athletes getting an opportunity to race at Paralympic level for the first time.

Successful Australians this impacts, include;

Triathlon Australia would like to acknowledge the outstanding contributions on and off the triathlon stage over many years of these athletes and while not able to contest in Tokyo we look forward to their continued participation in the sport.

There is a finite number of athletes in all sports that can compete at a Paralympic Games and the IPC works with the International Federations, for triathlon the ITU, to identify which events will be included at each Paralympic Games.

Competition continues to be held in all ITU classes at World Cups, World Para-triathlon Series and World Championships.

An opportunity now exists for potential Para-triathletes out there with the right background to transfer into the sport, race in summer 2019 and potentially qualify for the team in 2020. Triathlon Australia is especially seeking female athletes to potentially represent in Tokyo in the PTS2 category, as they currently have no one competing in this classification.

This category is defined as above knee amputation or impairment, cerebral palsy and/or a combination of impairments. If you need any evidence it can be done, Rio 2016 Paralympians Katie Kelly (gold) and Kate Doughty (5th) had their first Para-triathlon races in summer 2015.

Of the eight medal classes included, Australia has the following athletes racing at international level. Each of them will now have the opportunity to compete for qualification and selection for the Australian Paralympic Team.

The PTWC men were included in Rio and the women were not.

The PTVI women were included in Rio, while the men were not.

Both male and female athletes in this class were included in Rio.

Australia currently has no athletes competing in this class.

There is the opportunity for someone with the right background to take up the challenge of Para-triathlon and qualify and succeed in Tokyo.

In 2015, three Australian female athletes had their first Para-triathlon races in summer, and by September at the World Championships were on the podium (Katie Kelly, Kate Doughty, Emily Tapp) – it is possible to transfer rapidly with success.

In this class athletes with an above knee amputation or similar, or significant cerebral palsy are eligible to compete. A combination of different lesser impairments may also see someone classified into this class.

The Tokyo 2020 Paralympic Games will feature 4,400 athletes who will contest 540 medal events across 22 sports. The Games will take place between 25 August and 6 September 2020.