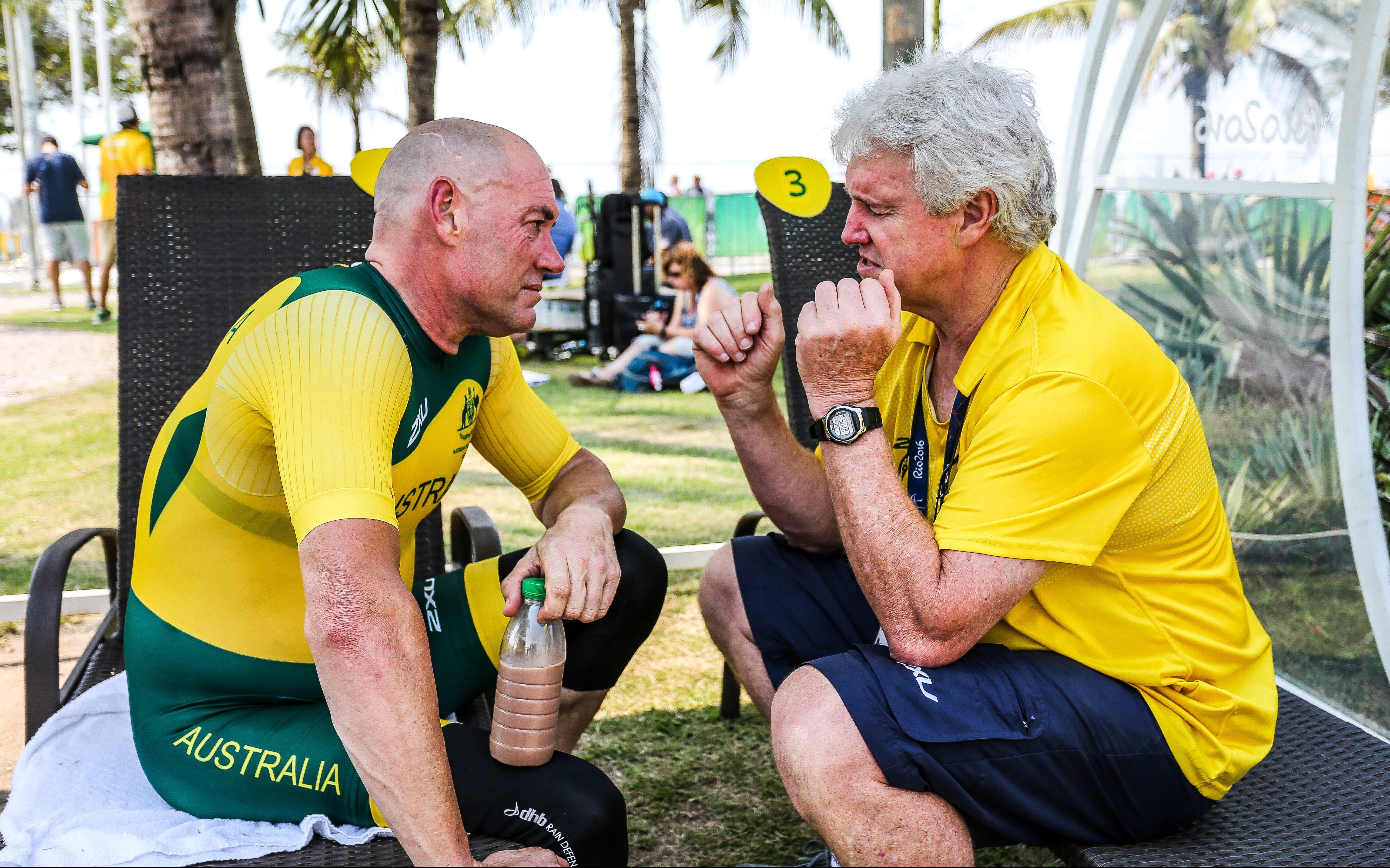 ​Cycling Australia would like to thank Peter Day, who after nine years of leading the Australian Cycling Team Para-cycling program, will step down from the role at the end of September.

Peter’s remarkable cycling coaching career has spanned across three decades, with his first role coming as the Head Coach of the inaugural QAS Cycling Program in 1991.

“As QAS coach, I had the privilege of working with several Para-cyclists, most notably Chris Scott who was a multiple Paralympic and world champion.

​”As I really enjoyed the coaching experience and personal relationship developed with Chris, I felt I could contribute to and achieve the overall goals and objectives of the program as required by Cycling Australia and the Australian Paralympic Committee.”

Commencing with the Cycling Australia High Performance Network in 2009, Peter guided the program through two Paralympic Games campaigns which netted six gold medals in London 2012 and three at Rio 2016 for a total haul of 27 medals. During his management, the team astoundingly claimed more than 30 world titles across both the UCI Para-cycling Road and Track World Championships.

“My most fulfilling time had to be the 2012 London Paralympics. Not only because of the outstanding results, but I think it was another massive step for the profile of Para-cycling and the athletes who truly deserve the recognition.

“My unforgettable moment came there when I watched this young man David Nicholas, go from being absolutely devastated with his result in the IP [Individual Pursuit] on the track, to win gold in the TT [Time Trial] on the road and then go on to claim the IP gold at the 2016 Rio Games.”

Peter’s results were recognised off the road and track, notably with many accolades highlighted by the APC and CA Coach of the Year awards, but he was quick to acknowledge the athletes’ role.

“Something that I have always been very conscious of is that great athletes make coaches look good. I was very extremely lucky to work with some exceptionally talented cyclists in my early coaching years before and also as the inaugural QAS Coach including Kerrie Meares, Scott McGrory and Robbie McEwen.

“So it is fitting to come out the other side of my coaching career recognising some of our current great Para-cycling champions, and again just to name a few, Carol Cooke, David Nicholas and Alistair Donohoe who have continued to make me look good with their achievements.”

Peter also spent many years championing the cause of Para-cycling away from the finish lines and podiums via the UCI Para-cycling Commission.

“Of great personal satisfaction and this is the bigger picture but my involvement with the UCI which gave me the voice and vehicle to address the international factoring and minus 1 rule. This rule change effectively ended the discrimination against the more disabled who don’t attract the same size fields, especially in the women’s classifications.”

​While his legacy will be felt around the sport and the Australian Cycling Team for years to come, the sport has also left a lasting impression on Peter.

“Generally I will take away the highest respect and admiration for the Para-cyclists who welcomed my support as many needed to demonstrate abilities to overcome adversity and challenges almost on a daily basis, that most able-bodied cyclists couldn’t begin to consider.

“I take away a great deal of personal pride in knowing I did the best I possibly could with the resources available and also great satisfaction realising the developed lifelong friendships with colleagues and athletes.

“I am proud of the people I worked with and am extremely confident that the greatly enhanced operating structure that is currently in place will serve to progress the Para-cycling program through to the Tokyo Paralympics.”

Peter paid tribute to his strong support network across Australia.

“Of course as with everything in life many people influence you, assist you and like how a great athlete makes you look good, so does a great support team.

​“In the beginning, I was entirely at sea with what was effectively a two-man show, Tom Skulander and I appreciate his guidance. To the Golden Rainbow, Murray Lydeamore volunteering his services as Team Manager which saw us do every World Track and Road Championship 2010 – 2016 and two Paralympics.

“Throughout the years I enjoyed support from SIS/SAS [state institutes and academies of sport] coaches, and I particularly enjoyed an excellent working relationship with Kipp Kaufmann (Cycling Victoria/Australia), and I must recognise him for his efforts to take Para-cycling competition into environments of higher profile and recognition.

“To the Australian Paralympic Committee and special thanks to Kate McLoughlin, a big thank you to Paul Brosnan for his support and direction in his role of Cycling Australia General Manager High Performance, and to Kevin Tabotta and the progress that was made with Para-cycling integration within the High Performance program.

“I must recognise the long-term commitment from Keren Faulkner, Nick Formosa, Michael Winter, Eliza Smyth, Berthy May and Dan Brent as integral to our program and more recently Cameron Jennings, Nick Owen and excellent administration support from Nathan Jennings.

“I also enjoyed this past year working with Simon Jones as Performance Director; I appreciated Simon allowing me the autonomy to get on with delivering stated goals and objectives as we build the required momentum towards medal-winning performances Tokyo 2020.”

And what is next for Peter Day?

“I suppose all the things people say they will do when they retire are going around in my head.

“I know I will miss the athlete interaction and my work colleagues and friends who have been so incredibly supportive of me during both the good and bad times.

“But I think I will just take a step back, not be email driven, slaved to by the phone and not wondering what disaster will hit the KPIs for that year.

“And just annoy my wife a bit more than I currently do.”

​The 2018 UCI Para World Cup in Canada will be Peter’s final event in the role.

Details of the new appointments to the Cycling Australia program will be made in the coming week.