Para-ice hockey stars put on a show in Sydney 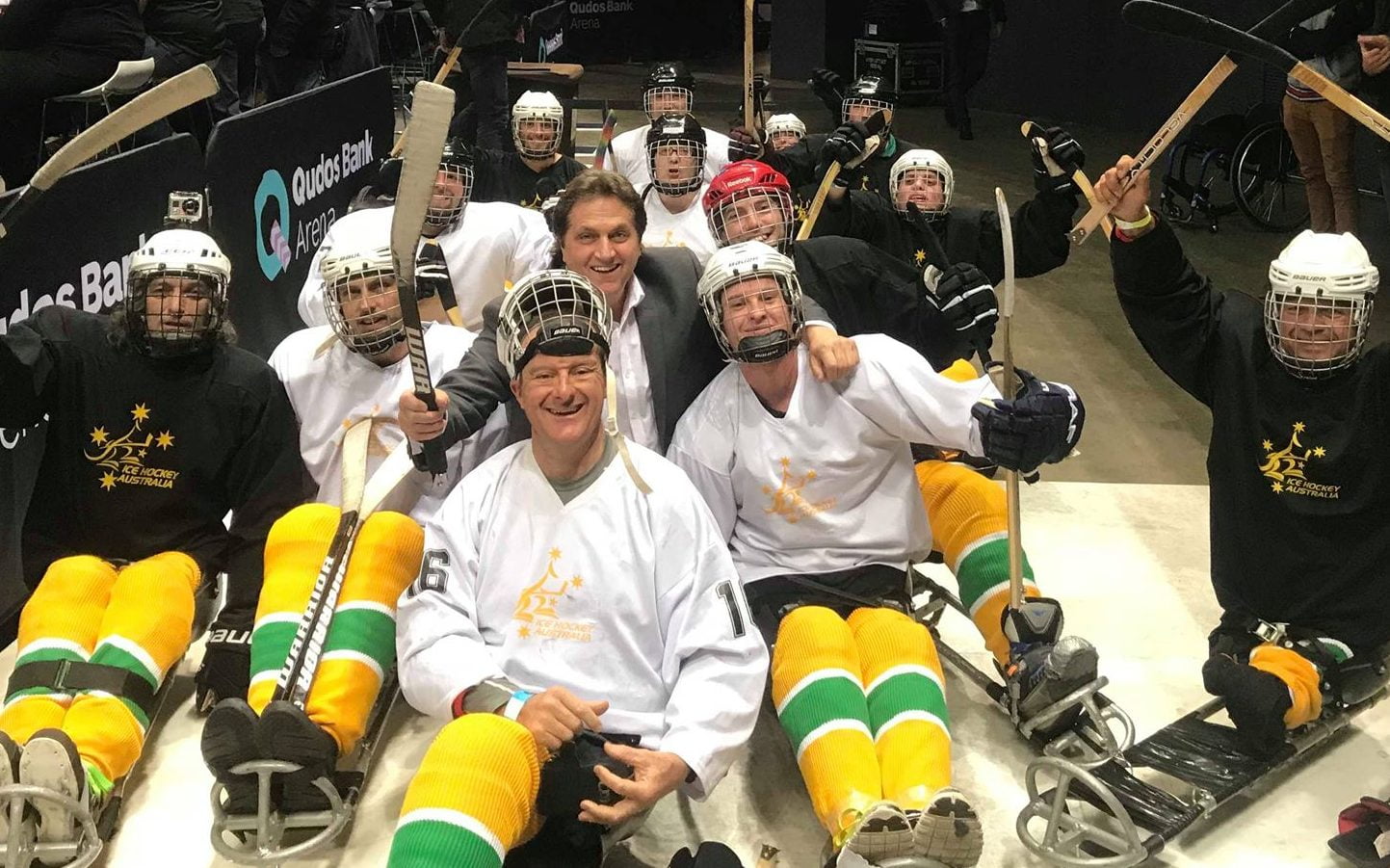 Momentum is growing for Australian Para-ice hockey, with fans of the able-bodied version getting their first taste of the sport at the 2018 Ice Hockey Classic in Sydney, NSW, recently.

Marty Jackson, a Commonwealth Games silver medallist in shot put who added Para-ice hockey to his program last year, said it was a buzz to show off his skills on such a big stage.

“There’s nothing quite like an Aussie crowd,” Jackson said. “The moment we entered the rink, the crowd was right behind us. This was the very first time Australia had seen our sport and the sound of people cheering in that enclosed stadium certainly got the adrenaline going.

“Aside from being on the ice, it was incredible to interact with the spectators. You could feel the excitement in the air beforehand, and boy, were they animated once the action started!

“The comments and messages of support from fans have been tremendously supportive, and there may have even been a few fan selfies too!”

The demonstration event followed the announcement of funding for Para-ice hockey in Australia in July, with the Australian Paralympic Committee (APC) receiving a grant from the International Paralympic Committee’s Agitos Foundation to increase participation opportunities and purchase equipment.

The equipment, which included 21 Para-ice hockey sledges and sticks, as well as telescoping noses and picks, was distributed last year by the APC to Ice Sports Victoria and the Western Australian Inclusive Ice Skating Club.

“The development of Para-ice hockey has happened fast in Australia, and none of this would be possible without the support we’ve had so far,” Jackson said.

“I know in Victoria [where Jackson is based], training sessions have become increasingly structured, allowing both those who have come to try it out and those who are a little more advanced to get the most out of sessions.

“We are getting regulars at sessions, and there is certainly a lot of competitive juice flowing, which is really driving the development of the sport. It’s a really exciting vibe at training right now.”

There has been a surge of interest in Para-ice hockey in other states as well, including QLD, where athletes as young as seven and up to the age of 70 have registered with Para-ice Hockey Queensland. Together, they are helping to pioneer a pathway for future athletes of the sport.

Australia will also aim to send its first team to the World Para-ice Hockey Championships in Vierumäki, Finland, later this year, with a view to feature at the next Paralympic Winter Games in Beijing, China, in 2022.

“We’ve got some really talented athletes in Australia that have taken up Para-ice hockey, and should I be selected for the team in November, I will do my part for the team.

“Right now, my focus is on training hard, improving my endurance, and gaining the skills required to take it to the next level. We’re all pushing each other to take it up a notch each and every session.”

As for other events for the Australian public to get involved in, a demonstration event will be held in Brisbane, QLD, this weekend – again at the Ice Hockey Classic. This opportunity was carved out by Para-ice Hockey Queensland and the Australian Defence Force.

“It’s time for Australia to get the green and gold into sleds and into the world of Para-ice hockey,” Jackson said. “Get on board Australia, you’re going to love this!”

By Sascha Ryner, APC Media
Posted: 05/07/2018
Photo with thanks to the Australian Para-ice Hockey Association