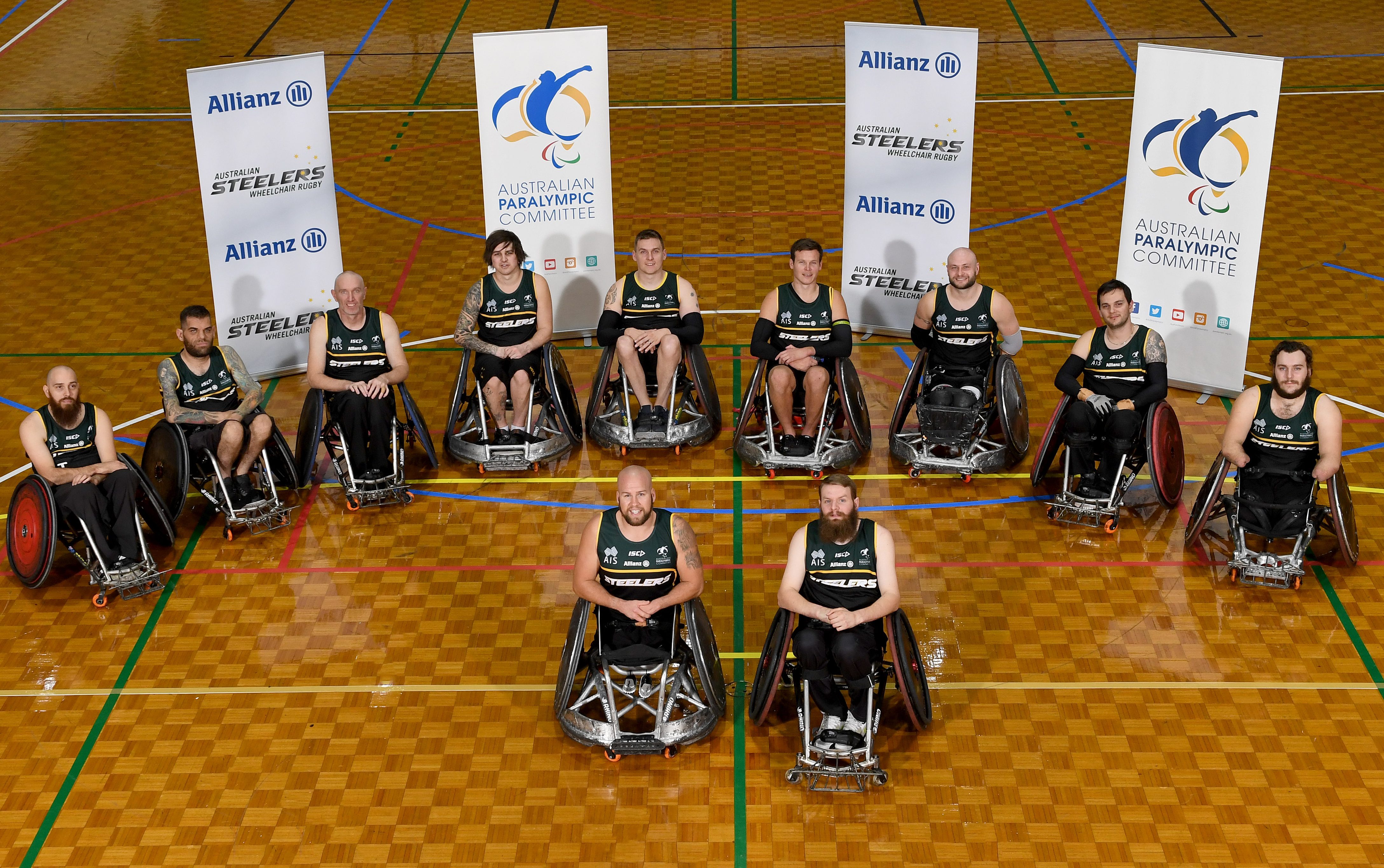 No nation has ever won a World Championship in wheelchair rugby on home soil, but Australian coach Brad Dubberley believes he has selected a team that can finally create history in 2018.

But with such a winning record comes the added weight of hype and expectation, which will be amplified by the pressure of competing in front of a hopeful home crowd.

The question for the Steelers now is can they break the hoodoo that has haunted six previous host nations since the IWRF World Championship was established in 1995?

Time will tell, but Dubberley has every reason to be confident.

“This is our strongest line-up. We are at full strength which hasn’t been the case in some recent tournaments, so to be able to have all our best players fit, available and ready to go and for us to choose our best team is an awesome position to be in,” Dubberley said.

“I’m just really looking forward to going into battle with these guys now.

“Not too many teams get to play at home for a Paralympic Games or a World Championship and no team has ever done what we’re trying to do. It’s definitely something we all want to achieve together.

“We know we’re going to be hunted by all of these other teams. Everyone wants to take down the top team. They’re all making adjustments to try and do that.

“But we know there is extra pressure playing at home. It’s easier to get distracted. More of the guys have friends and family at games, there is extra attention from media and the public but we understand all that. A big part of our plan is to minimise distractions as much as possible and keep attacking.”

As head coach of the Australian Paralympic Committee’s wheelchair rugby high performance program since 2007, Dubberley has led Australia to the gold medal match at every Paralympic Games and World Championship during his tenure.

But he knows past success never guarantees future success and the battle for supremacy must rage on.

“A lot of guys in this team have so much experience and have won some gold medals at major tournaments, but we also know we’re one or two bad games away from a disappointing tournament,” Dubberley said.

“Every game is going to be a war for us but we’re ready to take it on. We’re not thinking about what has happened in the past, we just want to win this for the guys who haven’t won [a major championship] before and enjoy the opportunity to hopefully share our success with a home crowd and in front of our friends and family.”

Australian captain Ryley Batt is one of eight Steelers announced today who were part of the triumphant Rio 2016 Paralympic campaign, while six featured in the 2014 World Championship victory in Denmark.

Only West Australian Jake Howe and Queenslander Josh Nicholson have not previously won a gold medal at a major tournament.

“There’s no doubt it’s going to be very tough for us, but with a home crowd and especially with our friends and family there, we’re going to be doing our very best to defend our World Championship,” Batt said.

“We always step it up at the big tournaments, it’s a different level and it’s a different team atmosphere. This time will be another different experience but it should be an advantage and that’s the way we are seeing it.”

The other pool will see Team USA, Canada, Great Britain, France, Columbia and Poland do battle.

For APC Chief Executive Lynne Anderson, the tournament is a chance to build on Para-sport’s incredible momentum in 2018 so far, off the back of the PyeongChang Winter Games and the Commonwealth Games on the Gold Coast.

“The APC is immensely proud of our Australian wheelchair rugby high performance program and we are right behind our Steelers in their quest for another record-breaking campaign,” Anderson said.

“We have received incredible support from our partners in preparing our team, particularly from our major sponsor Allianz, and now it’s time for the Steelers to get the job done.

“Now with less than two weeks to go until our first match, the APC is strongly encouraging the Australian public to give the Steelers an imposing home-court advantage.

“Purchase your tickets and let’s make sure our rivals know the Steelers have overwhelming support.”

The GIO 2018 IWRF Wheelchair Rugby World Championship will be contested from August 5 to 10 at Sydney Olympic Park. To purchase tickets, please visit: www.2018wrwc.com/tickets/

The challenge ahead: the GIO 2018 IWRF Wheelchair Rugby World Championship