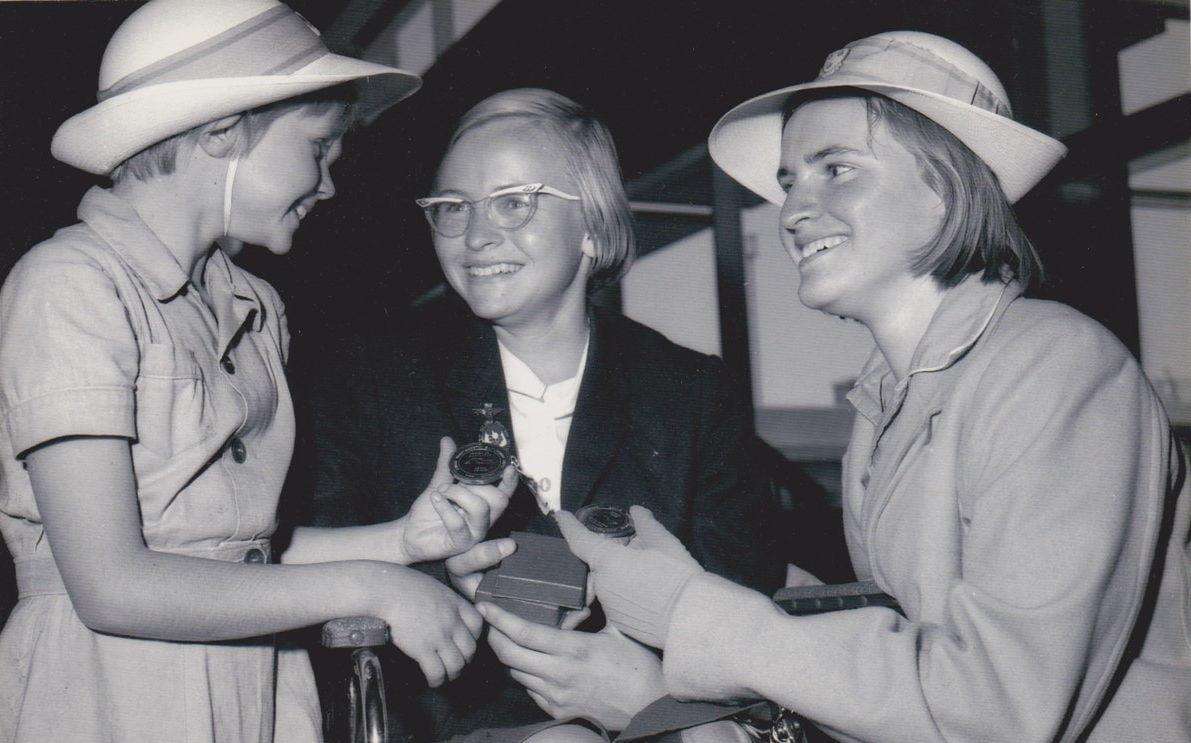 Five-time Paralympic champion Elizabeth Edmondson made history at the Tokyo 1964 Paralympic Games when she became the youngest Australian athlete to win a Paralympic gold medal. Today she celebrates her 68th birthday.

On 27 September 1951, only a year before the American virologist Jonas Salk developed an effective vaccine, 14-month-old Elizabeth Edmondson was diagnosed with polio. She became a paraplegic and spent the next 14 months recovering in The Golden Age Children’s Polio Convalescent Home in Perth.

Her love affair with the pool began three years later at the since demolished Crawley Baths in Matilda Bay, Swan River, where she first learned to swim.

“My coach, Mr Hughes, walked backwards with his hand under my head while I swam backstroke,” explained Edmondson. “For dog paddle and freestyle, he used a piece of wood on a rope, which I would hold onto, while he towed me up and down the pool.”

In 1964, after unexpectedly breaking a world record in freestyle – unexpected in that Edmondson did not realise there were world records for swimmers with disabilities – she made a pit stop in Adelaide to qualify for the Tokyo 1964 Paralympic Games. With talent like Edmondson’s, her attendance was only a formality, and on 5 November 1964 she departed Sydney as part of a 15-strong Australian contingent for the second edition of the Paralympic Games.

“With the confidence of youth, I expected to win and I did,” said Edmondson, who returned home with three gold medals – one by name only as organisers ran short. At 14, she was the youngest Australian to win a medal at the Paralympic Games until Maddison Elliott in 2012, and the youngest of all athletes competing in Tokyo.

“As the Paralympic movement becomes more widely recognised, I am now more aware of what I achieved all those years ago. I came home and went to school the next day – no ticker tape parades or OAMs for medal winners in those days.

“I only knew that I was the youngest athlete when I read it on my Wikipedia page,” she added.*

After collecting another two gold and one silver medal at the Tel Aviv 1968 Paralympic Games, Edmondson retired from Para-swimming at the ripe age of 18, before making a comeback in 2006 in Masters events.

These days, she spends most of her time advocating for improved conditions for people with disabilities, as a member of six government and corporate advisory committees. In her words, she’s “not so keen to go swimming on these chilly winter mornings”.

For more information on the Australian Paralympic History Project, go to paralympic.org.au/australian-paralympic-history-project/.