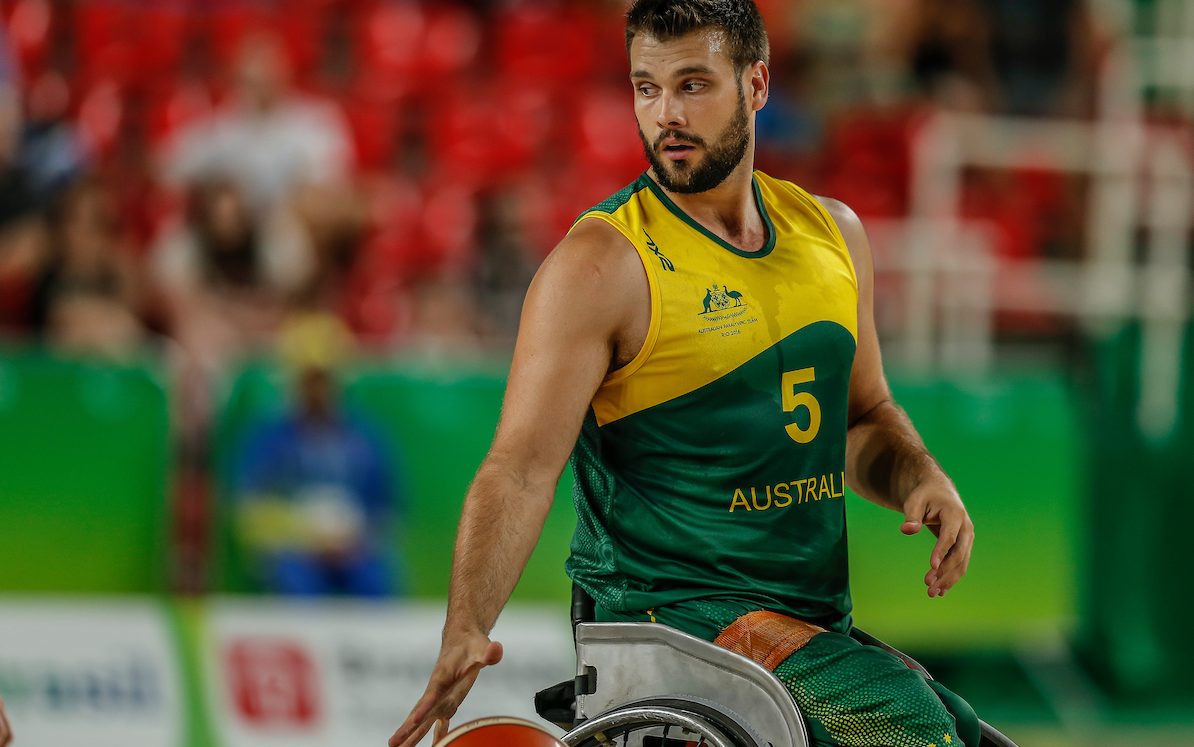 The Australian Rollers have finished second at the 2018 World Challenge Cup, a tournament in Japan that continued their work towards the IWBF World Championships this August.

Competing against host nation Japan as well as Canada and Germany, the Rollers could not get past the Japanese to finish in second place but more importantly, continued to develop on-court chemistry, strategies and different combinations.

This tournament provided all four countries with some competitive hit-outs against quality opposition ahead of the IWBF World Champs, held in Germany from August 16-26, where the Rollers will be aiming to claim a three-peat after winning gold in 2010 and 2014.

In their first game of the World Challenge Cup, Australia faced Canada and after a defensive opening term, they found themselves trailing by five points at half-time.

“We started well at the defensive end but in the second quarter, Canada found some breakdowns in our half-court D while poor conversion from the floor allowed them to separate from us,” said Rollers head coach Craig Friday.

The second half was a different story though as Australia increased their pressure on the ball and forced the Canadians into some bad shots.

On the counter-attack, the Rollers found their rhythm through Shaun Norris (20 points, 12 assists) who hit consecutive three-pointers which gave the Aussies the lead and from there, they never looked back, finishing the game with a 52-18 second half as they ran out 29-point victors.

The following day, the Rollers faced a double-header against Japan and Germany to book a spot in the final but they hit a bump with a 44-52 defeat to the hosts in the first contest.

Australia led by two points at the last change but could not hold off a fourth-quarter charge from Japan and scored just six points in the final frame despite the best efforts of Kim Robins (eight points), Norris (five points, four assists) and Latham (four points, nine rebounds, four assists).

“It was a very disappointing display, a poor effort,” said Friday.

“We were out-pushed, could not find any rhythm and seemed to play behind all game.”

On a positive note, the Rollers had the chance for immediate redemption against Germany later that day and they responded well, succeeding 69-51 after jumping out to a 13-point lead at quarter-time.

“This was a great response from the Rollers,” said Friday.

“We started with great intensity and controlled the game with some solid defence while we were able to maintain the lead in the second half with a couple of different line-ups and a good spread of scorers.”

With two wins from their three group games, that set up a rematch in the final against Japan and after finding themselves down four at quarter-time, the Rollers fought back to take a narrow two-point lead at half-time.

They suffered a similar fate to their first meeting though, unable to match Japan’s intensity down the stretch and eventually the home side pulled away in front of a loud crowd to win 65-56.

“We worked hard to be in the game but in the end it was another disappointing result,” said Friday.

“A combination change saw us lose control late in the third and some fundamental errors cost us opportunities but a great learning opportunity has been presented.”

Once again, O’Neill-Thorne impressed with a double-double of 15 points and 10 assists while Latham added 15 points, six rebounds and four steals and Norris recorded eight points and four assists.

A majority of the Rollers’ team will now return home to complete their NWBL campaigns with the IWBF World Championships just over two months away.

Para-triathletes ready to rip into 2020