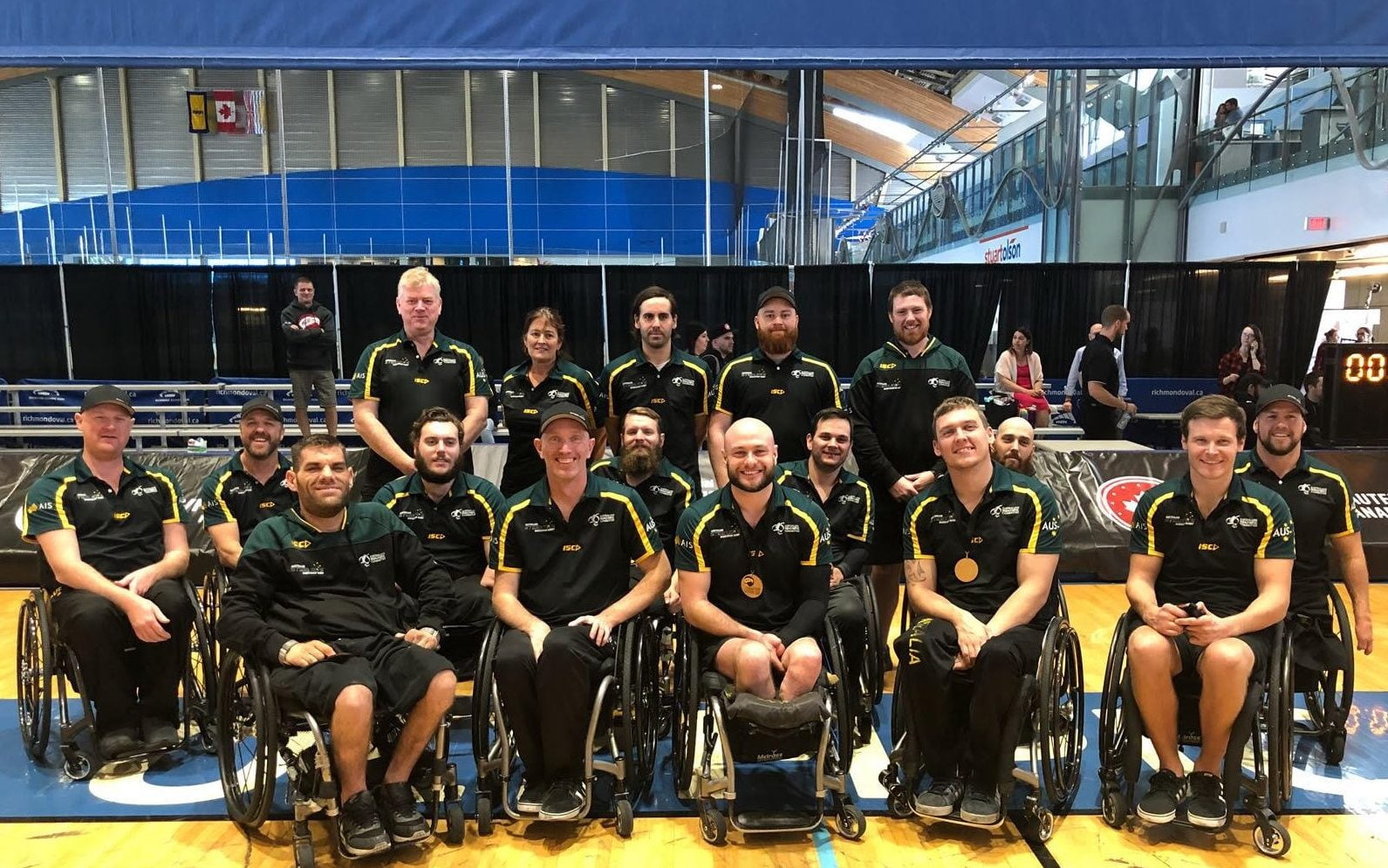 Australia’s overwhelming favouritism for the upcoming Wheelchair Rugby World Championship in Sydney has been damaged at the Canada Cup overnight after the Steelers took the bronze medal.

The United States defeated Japan 56-53 in the gold medal match, leaving the reigning Paralympic and World Champions to fight host nation Canada in the minor medal playoff. The Australians won 63-56.

It ended a underwhelming tournament in Vancouver for the Steelers, who had hoped to repeat their Canada Cup victories in the previous two World Championship years (2014 and 2010).

However, hindered by the absence of star 3.0 player Jayden Warn, who stayed home with his partner for the birth of their first child, the Steelers’ depth and firepower came under extra scrutiny.

“We need to be a lot of better at getting a lead and controlling games which we didn’t do. We coughed up a lot of turnovers and lost our games from them,” said Greg Smith, Assistant Coach of the Australian Steelers.

“That’s certainly been a really valuable learning experience out of this trip.

“We have done well under the circumstances but there is no doubt we have suffered in our results here by not having our full-strength team.

Australian head coach Brad Dubberley also found plenty of positives from this tour and argued after the bronze medal match that Canada Cup success is not always a good omen.

The tournament is staged biennially in Paralympic and World Championship years and is regarded as the best form guide. Dubberley is not convinced, recalling Australia’s Canada Cup defeats in 2012 (third) and 2016 (second) as proof. The Steelers twice went on to win Paralympic gold just a few months later.

“[Not winning the Canada Cup] didn’t hurt us before Rio in 2016 and it’s never hurt us previously,” Dubberley said.

“We definitely have some stuff to work on, key offence and key defence is definitely something that we will focus on in our reviews, and also at our upcoming training camp in Darwin.

“We’ll come home, recharge the batteries and then get back to work. World Championships will be here before we know it and we want to make sure that whatever happens, we’ll be ready.”

The Steelers are grouped with Japan, Sweden, New Zealand, Denmark and Ireland in Pool A for the 2018 IWRF Wheelchair Rugby World Championship in Sydney. They open their campaign on August 5 against New Zealand.