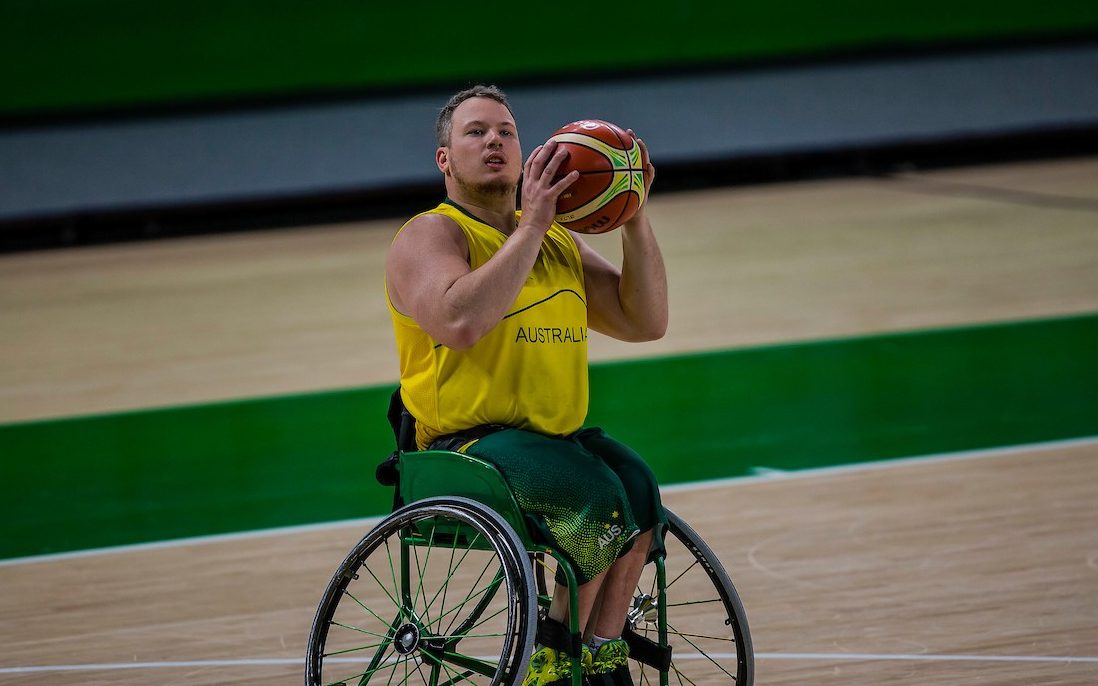 Attempting to create history this year with a third consecutive gold medal, the Australian Rollers have selected their team for the 2018 IWBF World Championships to be held in Hamburg, Germany from August 14-27.

Advancing to the tournament by winning gold and finishing undefeated at the AOZ qualifiers last year, eleven members of that team will return for the Rollers in Germany.

Following a tour to Tokyo earlier this month, Steven Elliott was identified as a young player that will allow the Rollers to have more flexibility in their line-ups and he completes the World Championship team.

All 12 members have been working on their skills, fitness and agility through the 2018 NWBL season with four members of the Queensland Spinning Bullets, three Wollongong Rollerhawks players, two Perth Wheelcats and a representative from the Red Dust Heelers, Kilsyth Cobras and Adelaide Thunder making up the Australian side.

“The strength of the Rollers is the mid-point group,” said Head Coach Craig Friday.

“With captain Shaun Norris, Tom O’Neill Thorne (3.0), Kim Robins (3.0), Luke Pople (2.5) and Steven Elliott (3.5), we have some different skill sets that combine well to play a style we think will hold up internationally.”

In addition to the mid-point line-up, Friday believes the chance to work with several different combinations on court will help in remaining consistent across each game as well as the duration of the tournament.

“Jannik Blair (1.0), Sam White (1.0) and Matt McShane (1.5) fill the low-point positions and all three can mix and match through our line-ups while their ability to score and finish will be a great asset.

“The Rollers continue to have great strength in the 4.0 position as well with several options that can support the mid-point group or create a power line-up of their own.”

With a proud history at the World Championships, Australia is the second most successful country in tournament history, following gold medals in 2014 and 2010 as well as a bronze in 2006.

Latham, Norris, Knowles, Blair, O’Neill-Thorne and Pople were all a part of that most recent Championship effort and their experience, as well as now assistant coach Brad Ness who was a member of the playing group, will prove invaluable.

Prior to departing for Germany, the Rollers will complete their NWBL campaign with the finals to be held in Brisbane between July 20-22.

The team will then stay in Brisbane at the Queensland Academy of Sport for a camp hosted by Sporting Wheelies.

They will then head to Cologne, Germany for a final training camp and warm-up games against Germany, Korea and Japan before their first official game on August 17 against Argentina.

The Australian Rollers team for the 2018 IWBF World Championships:

The Australian Rollers schedule for the 2018 IWBF World Championships (all times AEST):