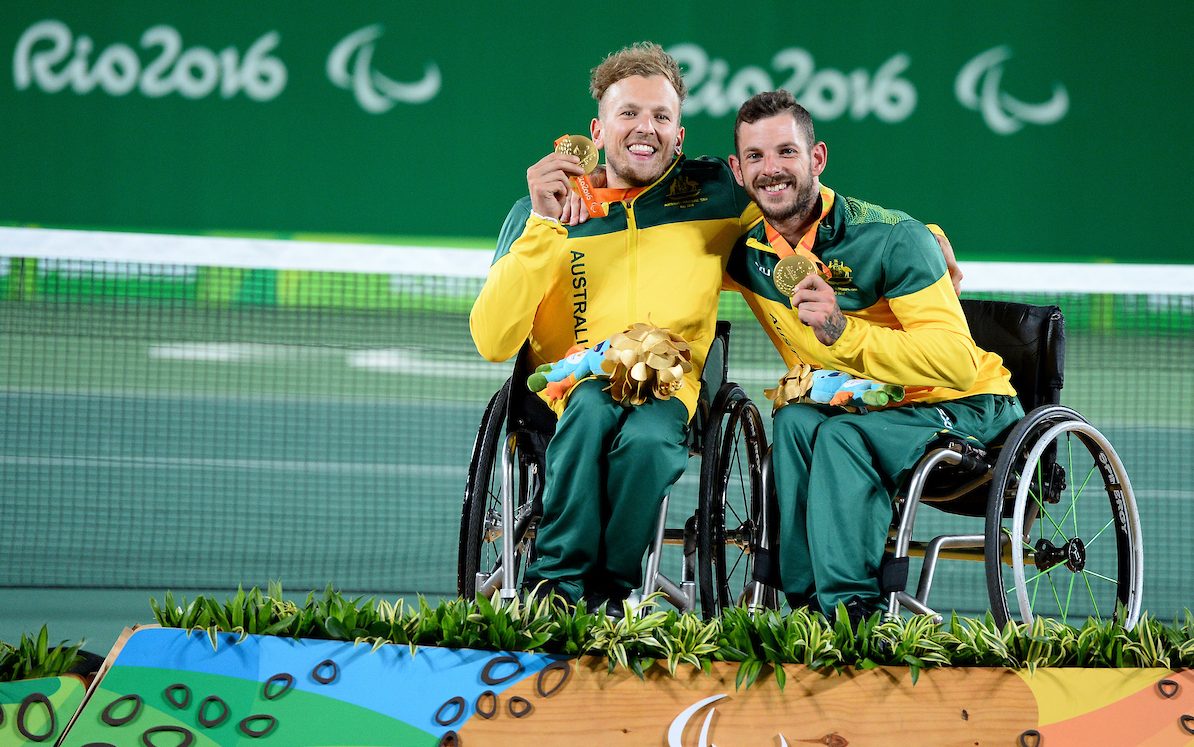 Dylan Alcott and Heath Davidson give Australia victory over Israel in the Quads final at the BNP Paribas World Team Cup.

Australia won a second quads title in three years as Dylan Alcott and Heath Davidson earned a 2-1 win over Israel at the BNP Paribas World Team Cup in the Netherlands on Saturday.

Noam Gershony beat Davidson 6-1 6-1 in the opening singles rubber in Apeldoorn, before Alcott levelled the tie with a 6-0 6-0 defeat of Patrick Ben Uriel.

That meant it came down to the doubles, and the Australian pair beat Gershony and Shraga Weinberg 6-3 6-1 to secure the title.

“I enjoyed today much more than I enjoy most tournaments because you can play with one of your mates and represent your country,” said Alcott.

“I’ve had mates Ryan and Gail follow me over from Australia and it meant a lot. And we’ve had great support from Brenda [Tierney] and Mel [Platt – Tennis Australia] and the whole team.

Davidson said: “I’ve played some good singles, and haven’t quite had the results at times, but when it comes down to the doubles I’m pretty confident that we can get the job done.

“I have full faith in our doubles pairing and I trust Dylan in the singles and I’m sure he trusts me, too. We do our best out there and our best is pretty good.”