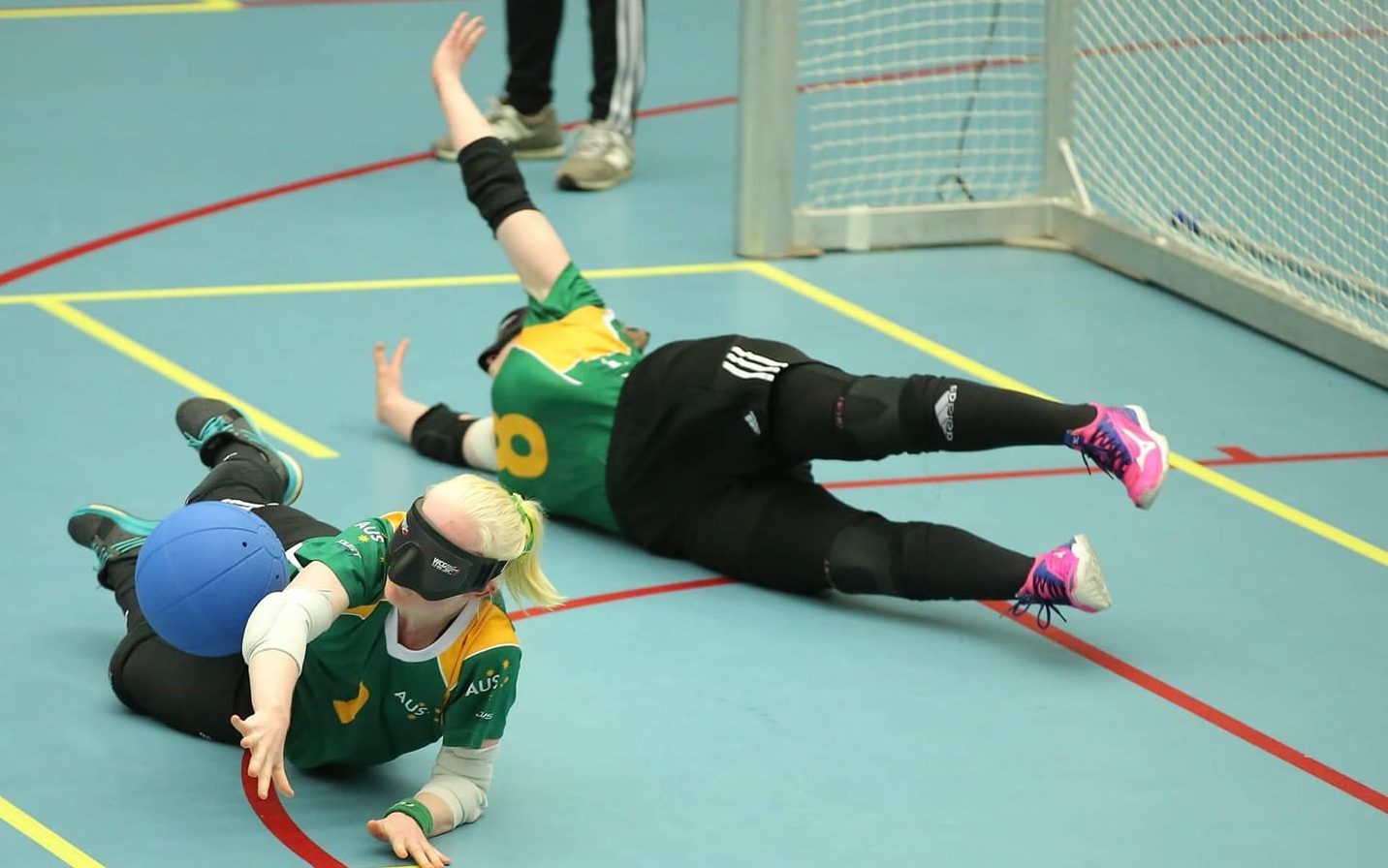 The medal hopes of the Australian women’s goalball team have ended at the 2018 IBSA World Championships, with a loss to Brazil in the quarter-final overnight in Malmö, Sweden.

Hopes were high after the Belles progressed out of their pool from the qualification rounds for only the third time in history.

And with the three medal-winning nations earning automatic qualification for Tokyo 2020, there was everything to play for when the Belles met the Brazilians (ranked three in the world) for a place in the semi-final.

However, it was a three-goal blitz from Brazil in the first-half that proved the difference. Australia found the net twice in the second-half but any thoughts of a comeback were erased  by another two goals from the Brazilian offence which sealed a 5-3 result.

Australian head coach Peter Corr said that while he was disappointed to not yet achieve their ultimate goal of Tokyo 2020 qualification, the Belles will still bring plenty of pride home from Malmö.

“This team has big hearts. The girls have worked incredibly hard, really matured and have earned support,” Corr said.

“We hate losing but we faced off against five of the top eight teams in the world here, with 50 per cent of our team being new since Rio [2016 Paralympics],” Corr said.

“It is one of our best results ever. We are seriously trying to move forward and continue to set a new standard of expectation for goalball.”

The Belles finished fourth in their six-team pool, with two wins and three losses.

Meanwhile, the Australian men’s team brought their 2018 World Championship campaign to a close with a win against Algeria in their final pool match.

While it wasn’t enough for them to escape eighth position in their eight-team pool, the Storm held their nerve in a gripping second-half to record a 5-4 victory. The Australians had fought back from 3-o down to draw level at 3-all before half-time.

But after conceding 74 goals in seven pool matches, and scoring just 34, the Storm have plenty of ground to make up against their rivals vying for places in the Tokyo 2020 draw.