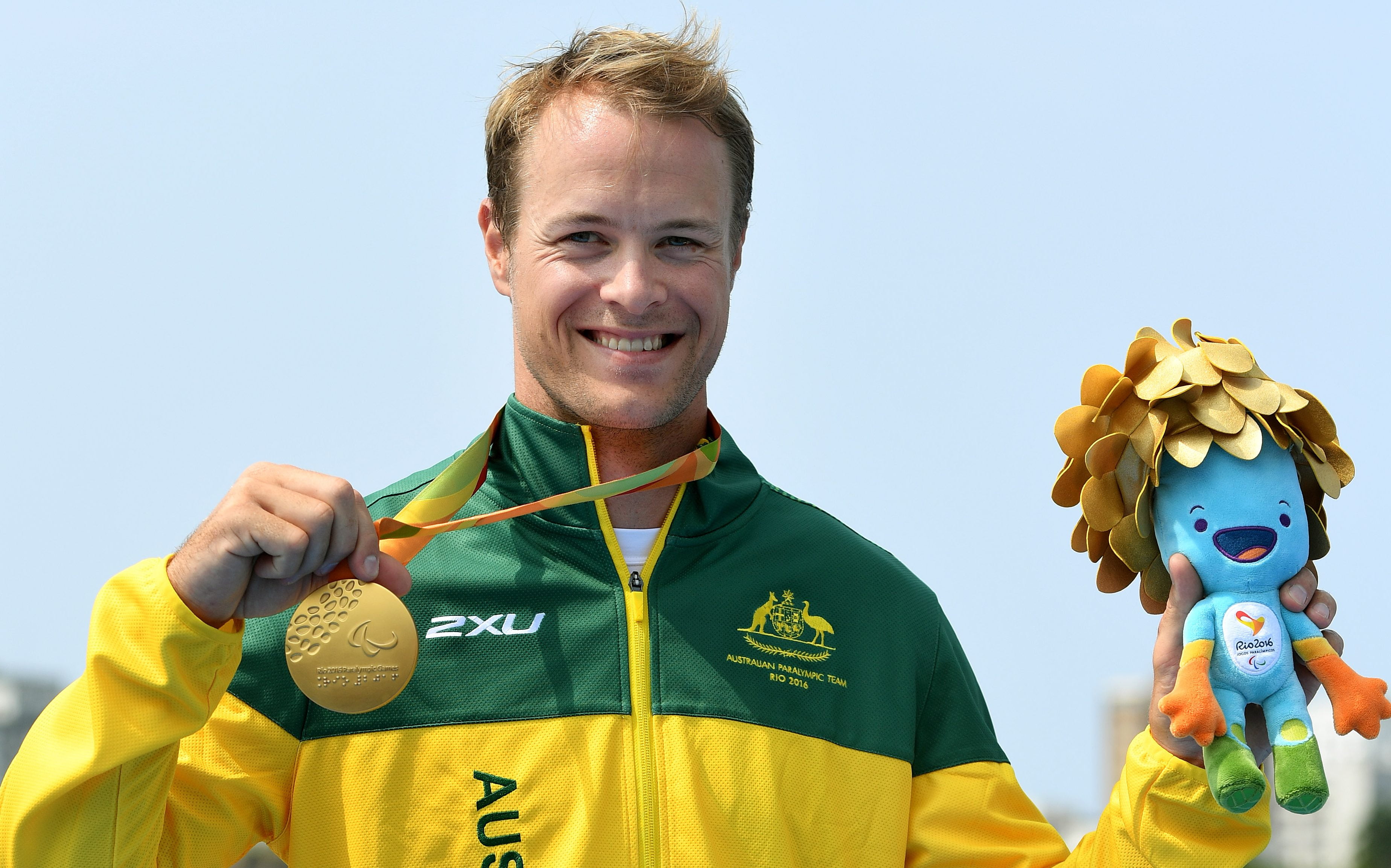 Paralympic gold medallist Curtis McGrath admitted he was “unfit” after narrowly winning gold in the men’s KL2 at the ICF Para-canoe World Cup in Szeged, Hungary.

There were also bronze medals for multiple world champion Susan Seipel (QLD), who had to climb out of her sickbed to finish third in the women’s VL2, and teenager Dylan Littlehales (NSW) on a good day for the Australian team.

McGrath (QLD) had to dig deep to hold out a challenge from New Zealand debutant, Scott Martlew.

“I’ve never raced against him before. Scott was there when I first jumped in a kayak, so it’s pretty cool to race against him now.

“I’m unfit. It was a better result than I thought I would get, I think at the end I was a little bit wobbly.”

McGrath will have a chance of a second gold medal when he contests the men’s V3 final on Saturday.

Seipel has been battling a cold and severe laryngitis for several days in Szeged, but fought hard to take third behind British pair Emma Wiggs and Jeanette Chippington in the new Paralympic event.

“It hasn’t been the best week for me, being sick since last Saturday,” she said.

“So that’s the best I could do today. I have to be happy with just getting out there.

“There’s been lots of changes, it’s very different to what it was before. We’re looking at a whole new field, but it looks like I’m going to have to do a lot more work.”

Littlehales was thrilled with his bronze medal, a breakthrough result for the NSW teenager.

“To get on the podium, it was my goal for this year’s World Championships, so to achieve it three months early is just an amazing feeling,” Littlehales said.

“Just off the start, I knew it was going to be a good race. And when I looked across the line I counted two people in front of me, so it’s a good result.

“I’ve had the same ceremonial kit for the past three seasons and I haven’t ripped the tag off yet because I haven’t got to use it. I’m looking forward to ripping that tag off.”

To read more about our Aussies in action in Szeged, click here.