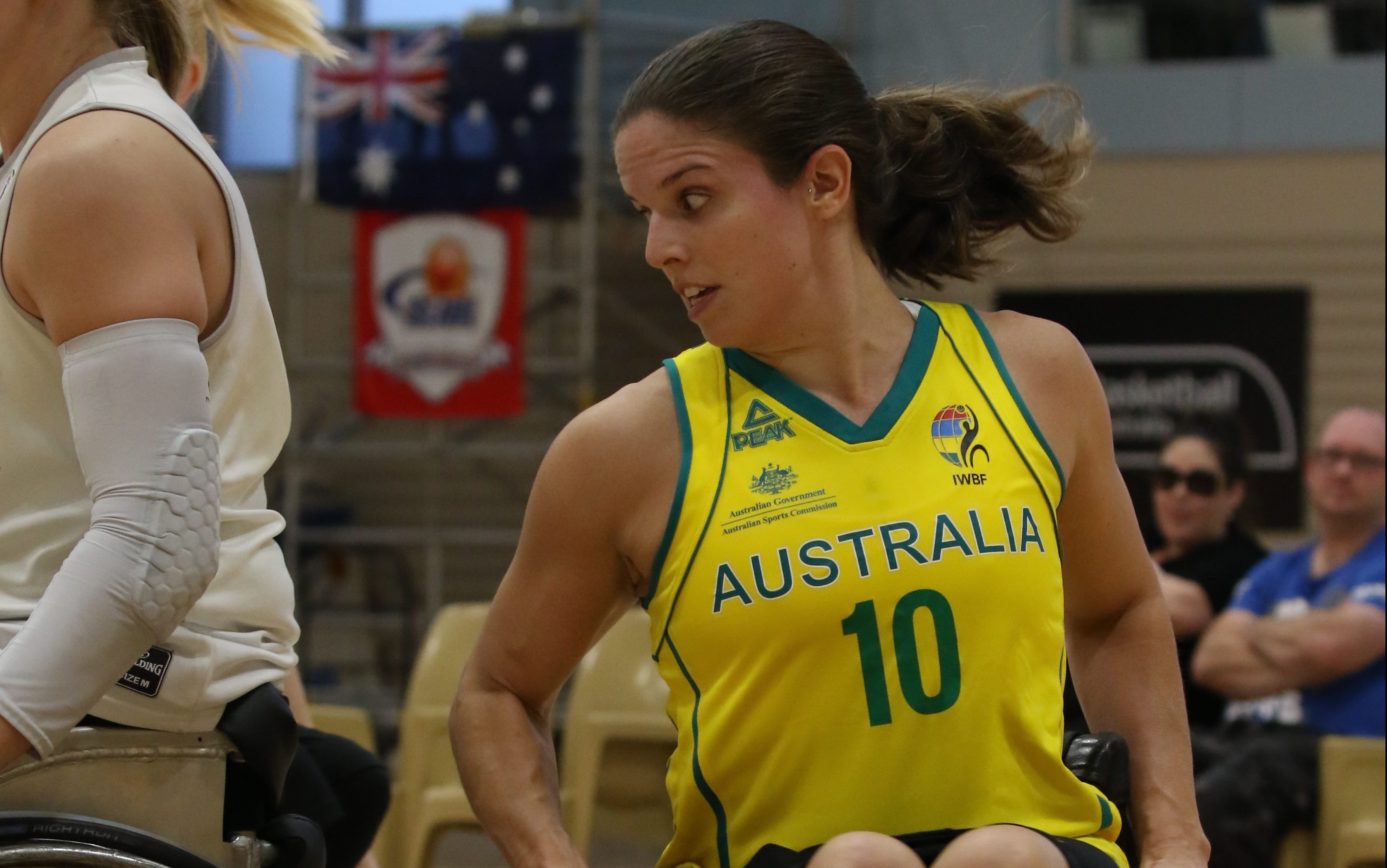 The Australian Gliders have crashed back to earth today, after a heavy 58-41 loss to Germany in game three of their women’s wheelchair basketball six-game series in Canberra.

After their convincing 52-39 victory yesterday which leveled the six-game series at one apiece, the Gliders were unable to replicate the defensive pressure that was the centrepiece of their dominance in game two.

The Gliders scored just nine of their points from turnovers in game three, a stark contrast to yesterday’s win, which saw their conversion from turnovers deliver 30 of their 52 points.

It was also clear that the Germans had a point to prove after yesterday’s shock loss. The world number two ranked team really  asserted their dominance in the second half to seal the 17-point triumph.

While Australian women’s wheelchair basketball head coach David Gould stayed true to his strategy of rotating his bench, he admits it was not the effort he was looking for from all of his players today.

“I’m disappointed with our chair hits today, I thought we played really well and lifted the bar yesterday, and one of the instructions today was to take that bar even higher. Unfortunately, we had a lot of mental lapses on defences and we have a lot of work to do there,” he said.

“I don’t think the girls were brave enough today, or they were scared to make mistakes, or scared to get the score wrong. We need to go out there with the mentality that we can hit chairs and be physical, and force them away from the centre.”

Australia’s rebounds were also considerably lower than the Germans (43-32), and their shooting percentage of 29 was the lowest it had been in the series so far. The points scored from turnovers was just 9 in contrast to the German’s 16.

“We gave up the ball too many times. The girls will need to learn quickly before Worlds that we have to look after the ball, and we have to make sure that this team, or any other team we play moving forward, is scared to play us because of our defensive intensity.

“We all knew the German’s would come out hard today after yesterday’s win, but we just didn’t handle that pressure like we did yesterday.”

With Germany now holding a 2-1 series lead, the next game will begin at 10am AEST tomorrow at the Australian Institute of Sport.