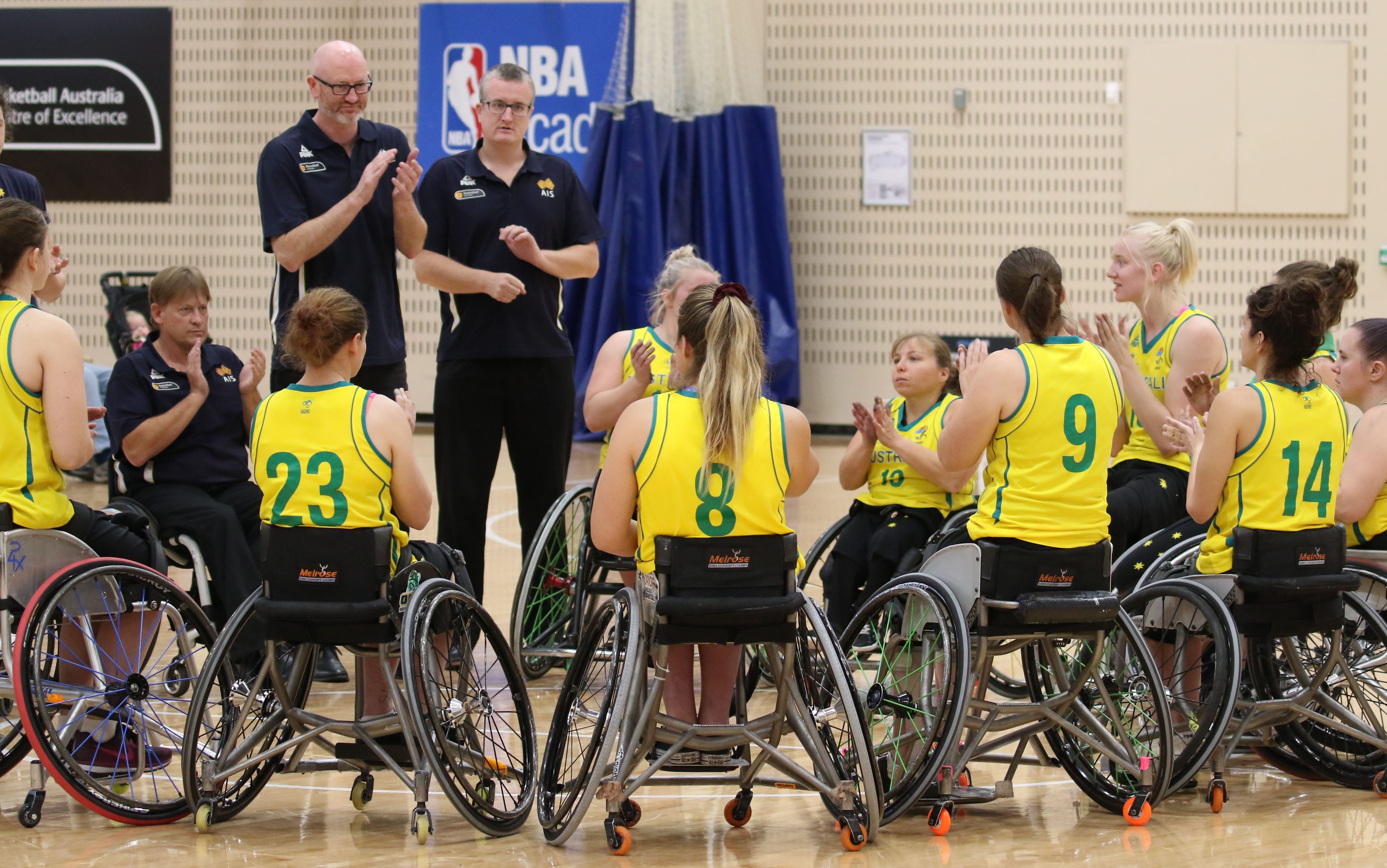 A 52-39 victory by the Australian Gliders today, on the back of a much-improved defensive effort, has levelled the six-match series against Germany in Canberra at one-all.

After falling 53-36 in game one yesterday, the Gliders were led offensively by experienced duo Amber Merritt (17 points) and Cobi Crispin (12 points), but it was the defensive end of the floor that set up the 13-point victory at the AIS.

Germany won more rebounds than the Gliders (37-35), but the home side were able to score more than half of their points (30) from turnovers despite some wayward shooting from field goal range (37 per cent) and from the free throw line (42 per cent).

“We forced them into 25 turn overs. That’s 25 times they didn’t get a shot up and the Gliders are a great team when we play our physical contact defence.

“We’re still three months out from World Championships and we’ve still got a lot to do. We can’t rest on this win.

The contribution from the Gliders’ bench was another impressive feature today, with 30 points coming from outside the starting five. Only 12 points were contributed by Germany’s bench.

It was a fact not lost on Gould, who is attempting to drive his new-look outfit to Tokyo 2020 qualification after the Gliders failed to feature at the 2016 Paralympics for the first time in their history.

“We made some pretty major adjustments after yesterday’s loss. The girls came up with some goals that we wanted to achieve over the course of the tournament but we achieved them all today,” Gould said.

“We are very pleased with the result, but it’s just a stepping stone and we have to keep making sure we work hard.”

“We now have set a benchmark and we can never go below that, but Germany are going to come back harder tomorrow, I can guarantee that.”

The Gliders will compete in their third game against Germany tomorrow at 2pm AEDT.