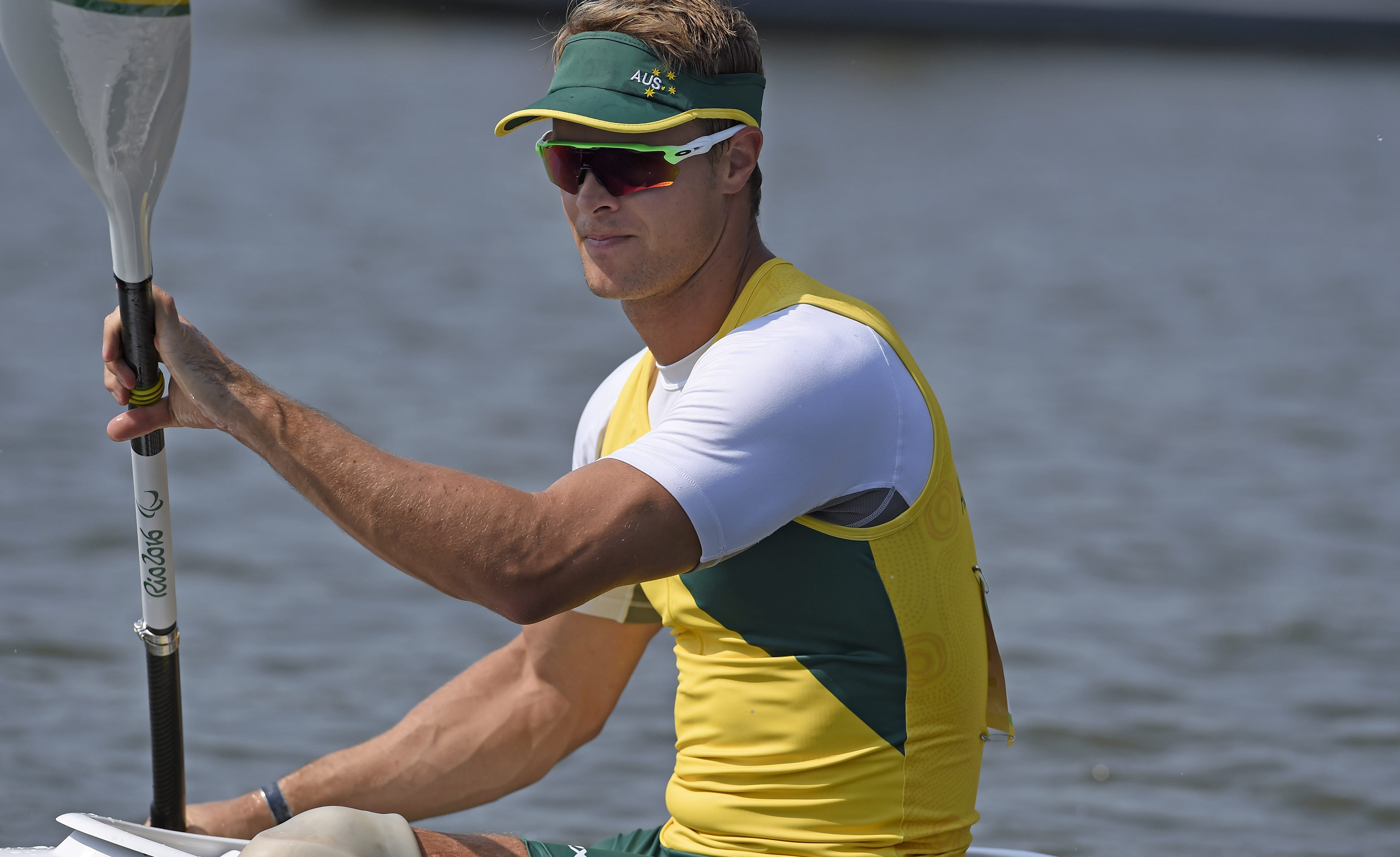 Australia’s Para-canoe team has kicked off the international season in style by taking home the inaugural ‘Para-canoe Ashes’ trophy following a great day of racing against the British team in Nottingham on Saturday, 12 May 2018.

The May Regatta against the British team was held at the National Water Sports Centre in Nottingham and followed a week-long training camp at Home Pierrepon in preparation for the ICF Para-canoe World Cup 1 in Szeged, Hungary on 18 – 20 May.

In a duel between two podium athletes from Para-canoe’s Paralympic debut at the Rio 2016 Games, Britain’s Nick Beighton, who claimed the bronze medal two years ago in Rio, finished in the runner-up spot, just a second and a half behind McGrath in both races.

Speaking after the second race McGrath said: “It’s nice to have a hit-out against the world’s best. It’s always great having somebody pushing you along and nice to have some competition, Nick is one of the world’s best and it would be nice to see him stepping up a few more notches on the podium.

“It’s the first time that Australian Para-canoe has been able to come over, so it’s nice to have that international competition to see where everyone else is at and be part of the regatta.”

The 18-year-old was pushed all the way by Rob Oliver and Jonny Young with the British pair finishing close behind with less than half a second separating the three athletes.

In the second race Littlehales once again was the victor (41.95), winning with only two hundredths of a second separating him from British Rio 2016 Paralympian Rob Oliver in second place (41.97).

“It’s been brilliant to have the Australian team over here and have a different vibe around the place and really just build on that natural competitiveness between the two countries. It’s great to have someone different to race against and to have a kind of edge to the competition which was really good,” Wiggs said about racing the Australian team on home waters.

The Australian Para-canoe team will next be competing at the ICF Sprint World Cup 1, taking place in Szeged, Hungary on 18 -20 May. They will be joined in Szeged by the Olympic class Australian sprint team.