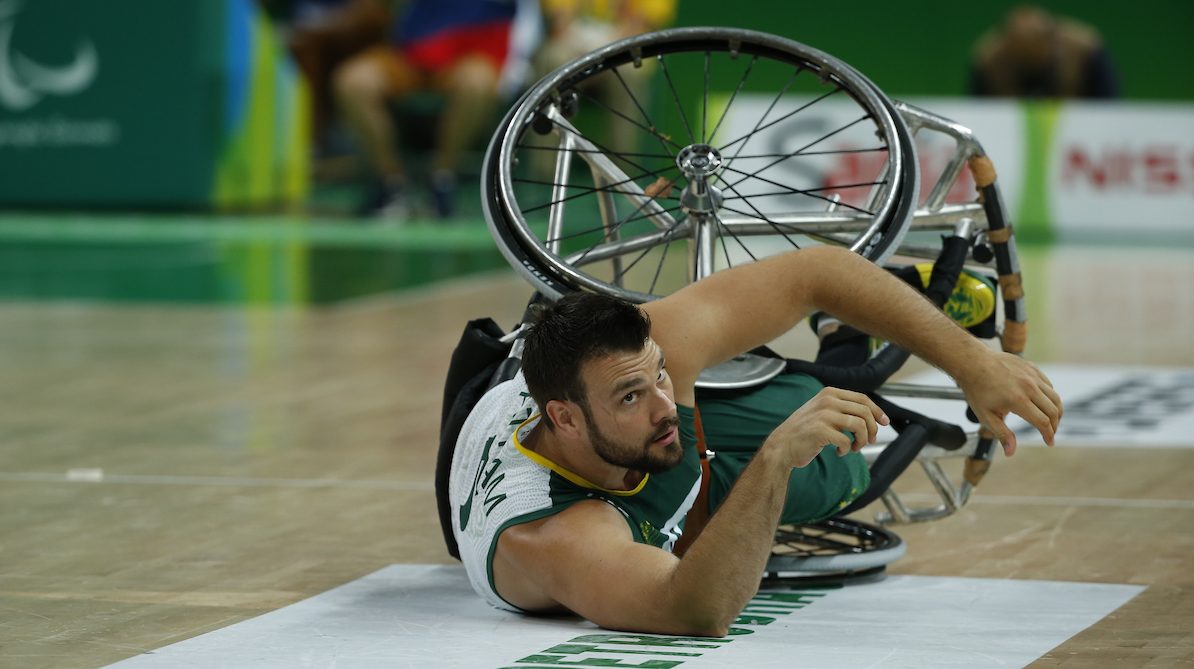 Continuing their preparations for the IWBF World Championships later this year, the Aussie Rollers have enjoyed a successful friendly tournament against Italy, winning their seven-game series 6-1.

Winning by an average margin of 17 points against a country that had finished fifth at the 2014 World Championships, the Rollers were pleased with their progress as their only slip-up came in the second game of the series.

Prior to that, Australia opened up with a 69-50 victory with Steven Elliott making his national debut while veterans Tristan Knowles (14 points) and Bill Latham (10 points) paced the team at the offensive end.

“It was a slow start to the game with solid defence but we couldn’t finish at the offensive end and shot at a poor clip,” said head coach Craig Friday.

“In the third term, we extended up the floor with a mid-point line-up who established a presence in defence and finished some solid work off with some easy buckets. Happy to get the first win out of the way and get all players through.”

The following morning, the Aussies were unable to maintain that intensity and dropped the second game of the series to Italy despite owning a slim lead early in the fourth quarter.

However, they bounced back quickly in Game 3, starting the contest with a 10-0 run before clinching a 20-point victory behind the efforts of Shaun Norris and Kim Robins who each notched double-figures across the day.

Five-time Paralympic legend Brad Ness took over the coaching duties in Game 4 and Australia were able to take their defensive intensity to another level with their confidence continuing to grow.

Brett Stibners and Tom O’Neill-Thorne led the Aussies in scoring through Games 4 and 5 while Robins, Michael Auprince and Luke Pople all played important roles as the Rollers owned an insurmountable 4-1 series lead.

On the final day of competition, Australia were able to work on different combinations which helped every player hit the scoreboard in Game 6 and while turnovers plagued them in Game 7, some solid fourth quarter defence created enough separation on the scoreboard for the Rollers to finish the series in style with a 62-57 win.

“It was an end to a very rewarding week and the players have worked hard on and off the court,” said Friday.

Returning home to continue the 2018 NWBL season, the Rollers will head back overseas for friendly tournaments in Japan in June and Germany in August prior to the World Championships which will be held in Hamburg from August 16-26.

Australia are the two-time defending Champions at the tournament and their schedule (along with the Gliders) can be found below.