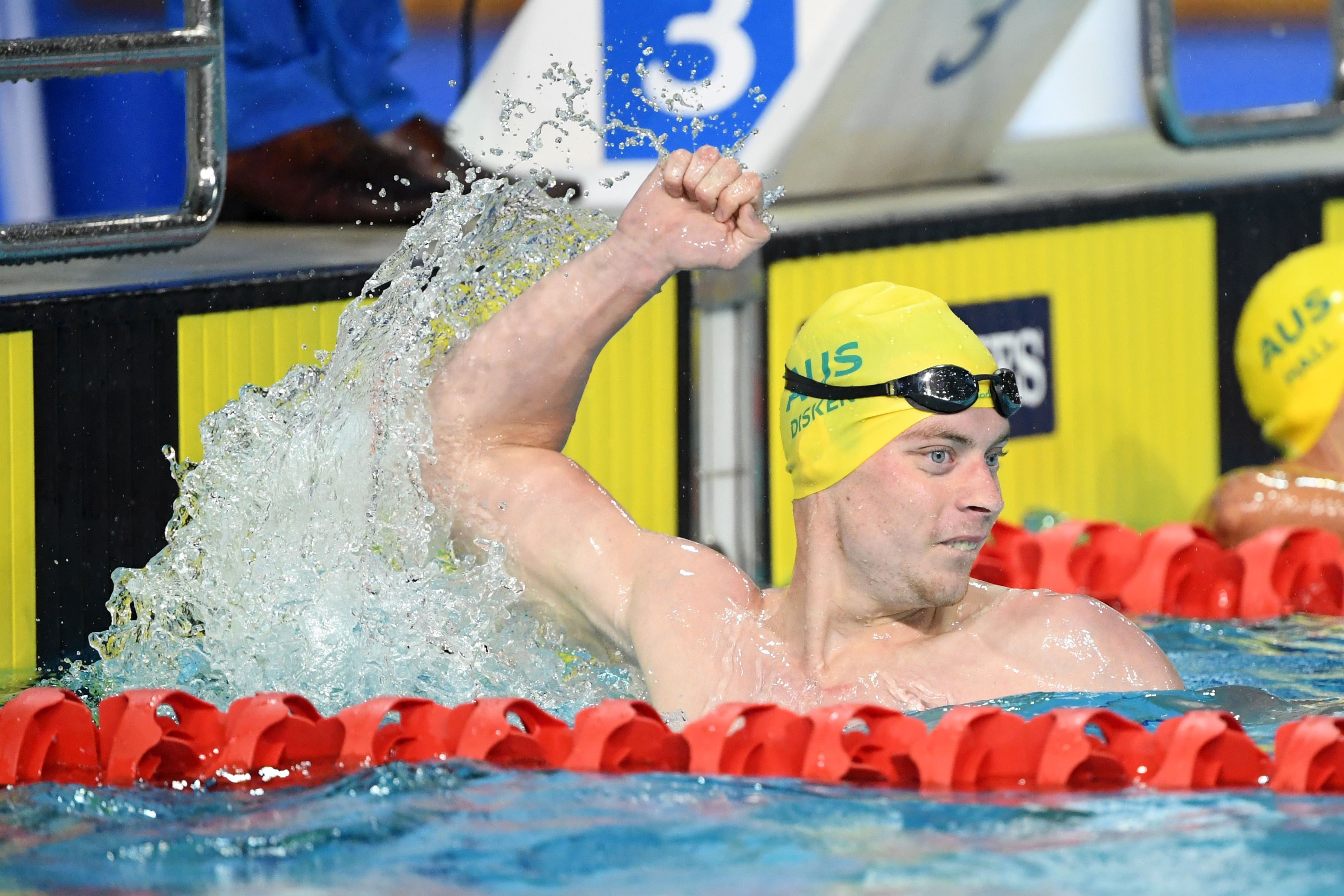 Disken also extended Australia’s reign in the event by following the footsteps of Paralympic teammate Rowan Crothers, who won the title in 2014.

Disken soared through the water over the final 30m to finish in a time of 56.07, touching the wall more than one second ahead of silver medallist Lewis White (ENG) and Australian Brenden Hall, who claimed bronze.

The Australian Institute of Sport-based athlete, who claimed Paralympic glory in the same event at the Rio 2016 Paralympic Games, pushed himself through some tough competition, leaning on the home crowd cheering for extra motivation.

Disken was in second place at the turn, but dug deep.

“Nothing beats a home crowd, and that last 30m, my body was screaming at me to give in and give up, but that crowd lifted me to another level and enabled me to get the job done. It was awesome,” Disken said.

“It’s amazing to have 10,000 Aussies in the stands screaming out your name. Rio was something special, but winning in front of a home crowd and singing the national anthem in front of them is something else.”

While it was smiles for Disken, bronze medallist Hall was hoping the race would replicate the quinella the pair achieved together at the Paralympics 18 months ago.

“I had a good start, but I couldn’t hold onto it. I’m slightly disappointed, but to come away with a bronze medal in front of a home crowd, I’m very lucky,” Hall said.

“And to be on the podium again with Tim, I’m so happy. And I’m ecstatic for him.”

While Cole was a raging hot favourite, having won back-to-back gold medals in the event at 2012 and 2016 Paralympic Games, she was unable to extend her reign to the Commonwealth Games, trumped by England star Alice Tai, who claimed the title in 1:08.77 – more than two seconds in front of Cole.

“I really like being an underdog in a race, and that definitely happened in the final today. It’s a great learning, and I can use that race in training. I’ll be a better athlete next time I race this event.

“I was really looking for a PB [personal best] in that race, which didn’t happen, but to swim in front of my family doesn’t happen very often, so I’m happy they get to see me win silver at the Commonwealth Games.”

McConnell, who admitted to being an outside chance for a medal going in, was thrilled with her bronze tonight after shaving more than four seconds off her heat time.

“Oh my god, I can’t believe it. I’ve only really recently started concentrating on backstroke, so I can’t believe I had such an amazing time,” McConnell said of the 1:15.93 she clocked.

“I really recovered today, and I really focussed on my own race. I spent time watching my own race from this morning, and I knew the things I did wrong and focussed on correcting them.”