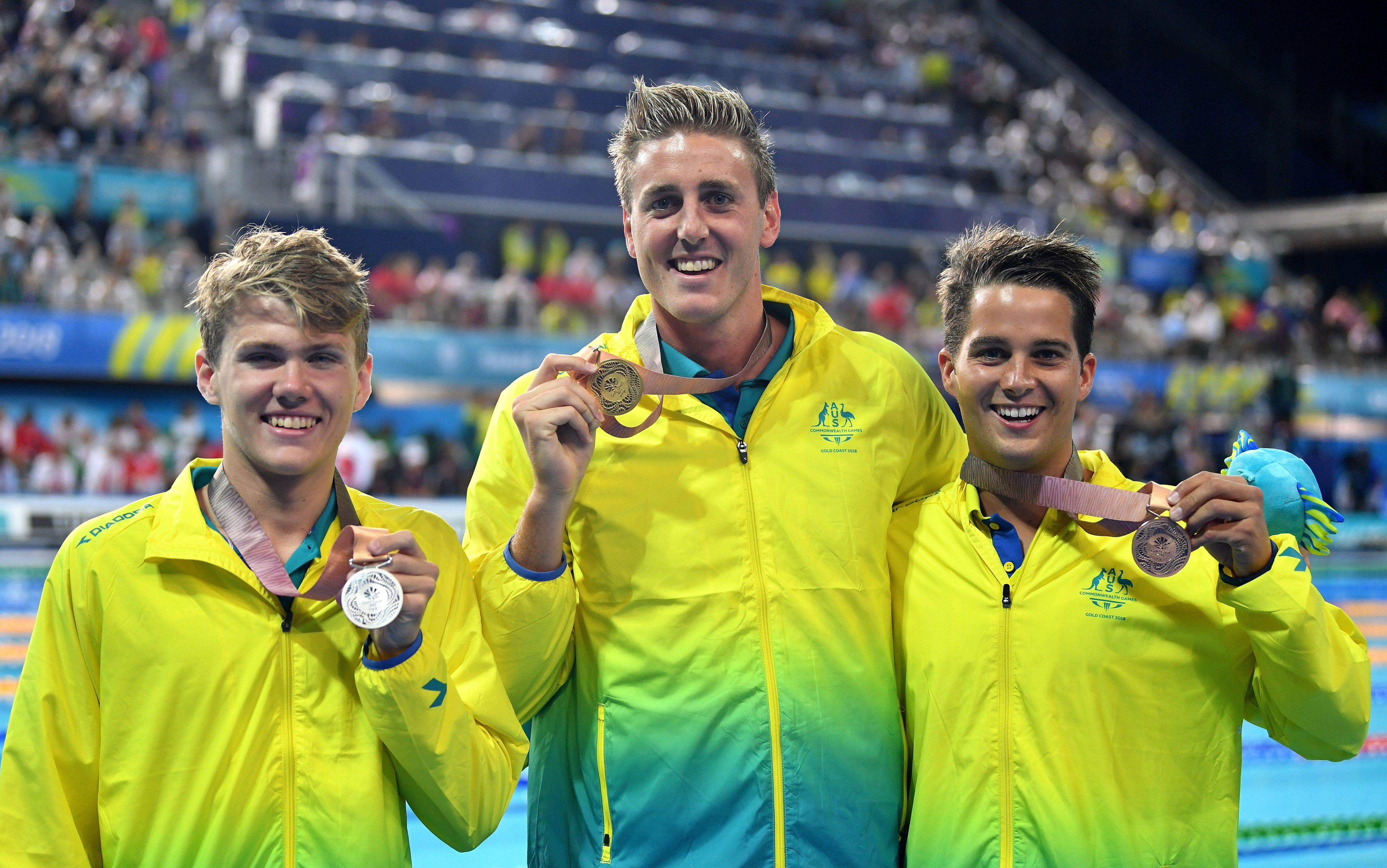 Four Paralympic swimmers led the medal rush for Australia on the last night of competition at the Optus Aquatic Centre on the Gold Coast, QLD, headlined by locals Lakeisha Patterson and Brenden Hall.

With one gold medal already in her keeping at this meet, 19-year-old Patterson was eager to finish on a high with victory in the women’s 50m freestyle S8 final. A silver medallist in the same event at the Rio 2016 Paralympic Games, the Caboolture teen went one better tonight, hitting the wall in 30.14 to score the Australian swim team’s 24th gold medal of the 2018 Commonwealth Games.

“Oh my god, I’m over the moon,” Patterson said. “This week has just been really special, and to be able to come out here tonight and represent my country, in front of my country, has been an absolutely incredible experience and something you only dream of.

“I’m really, really fortunate to have this opportunity to swim, and do the sport that I love every day, and there’s no better feeling than when you see all that hard work and effort transfer into the race and it all come together. I’m extremely proud.”

As the fastest qualifier in this morning’s heat (31.41), Patterson again set the pace tonight (11 April), taking just half a lap to establish a convincing lead. The dual Paralympic champion left the eventual silver and bronze medallists, Canadian duo Morgan Bird (32.03) and Abigail Tripp (32.49), in her wake.

“This morning, it was a good swim. I knew that I just had to post a good time to make it through to the final, which is what I did, and I knew that tonight, I had to give it everything I’ve got and try and work those fast-twitch fibres, which is definitely pretty hard in a 50m sprint, something I’m not normally used to,” Patterson said.

Meanwhile, it was a podium sweep for Australia in the men’s 100m backstroke S9, with three-time Paralympic champion Hall touching first, and countrymen Timothy Hodge and Logan Powell in silver and bronze either side of him.

With just 1.07 seconds between them in this morning’s heat, a tight race was always on the cards for the Aussie trio. But Hall, with more than a decade’s international experience to draw on, proved too good for his younger rivals.

“Secretly, on the inside, I really wanted this medal,” Hall said. “I wanted to come away from these Games with a gold – and to save it for the last night, that’s fine by me.

“I knew that for me to get out onto that podium in that first spot, I was going to have to come home twice as strong as everyone else.”

As a right leg amputee, Hall’s start off the blocks is not his strength. He saved the best for the latter stages of his race, when his rivals are most fatigued.

“I think in your mind, you can just feel the crowd lifting you those last 25m,” he said.

“So I could see them [Hodge and Powell] in my side vision, you know, and I was like, ‘I know they’re here, I’ve gotta get on them’, and next minute, I saw their arms, and I’m like, ‘Alright, just get that hand back as fast as you can, and get on that wall, and see that ‘1’ on your name’. And it worked.”

Equally stoked with their performances and the raucous Aussie crowd were 2016 Paralympians Hodge and Powell.

It’s been a long wait for the podium for 19-year-old Powell, who has spent the last five days of competition on the sidelines, cheering his Australian teammates to 20 gold, 20 silver and 20 bronze medals in the pool.

“It’s been a struggle, everyone else tapering before me, and I was ready to go on Friday,” Powell said. “But you’ve just got to overcome those different challenges, I guess, and nothing’s ever going to be perfect, and you know, I just took each day as it came.

“I was actually feeling pretty crappy yesterday in the pool, but I woke up this morning and I was feeling great. I trusted the process and whatnot, and got myself a PB [personal best] and a bronze medal, so I’m stoked.

“The crowd has been amazing. It’s been better than pretty much everywhere else, better than Rio, so I’m really happy with the support we’ve been given as Para-athletes,” added Hodge, who has already seen the second step of the podium on the Gold Coast after laying claim to the men’s 100m breaststroke SB8 silver medal on Saturday.

In other results from the night, four-time Paralympic medallist Tiffany Thomas Kane placed fourth in Patterson’s race in a time of 35.40. In a field of S8 athletes, S7 swimmer Thomas Kane was impressive off the blocks, meeting her own expectations for her first Commonwealth Games.