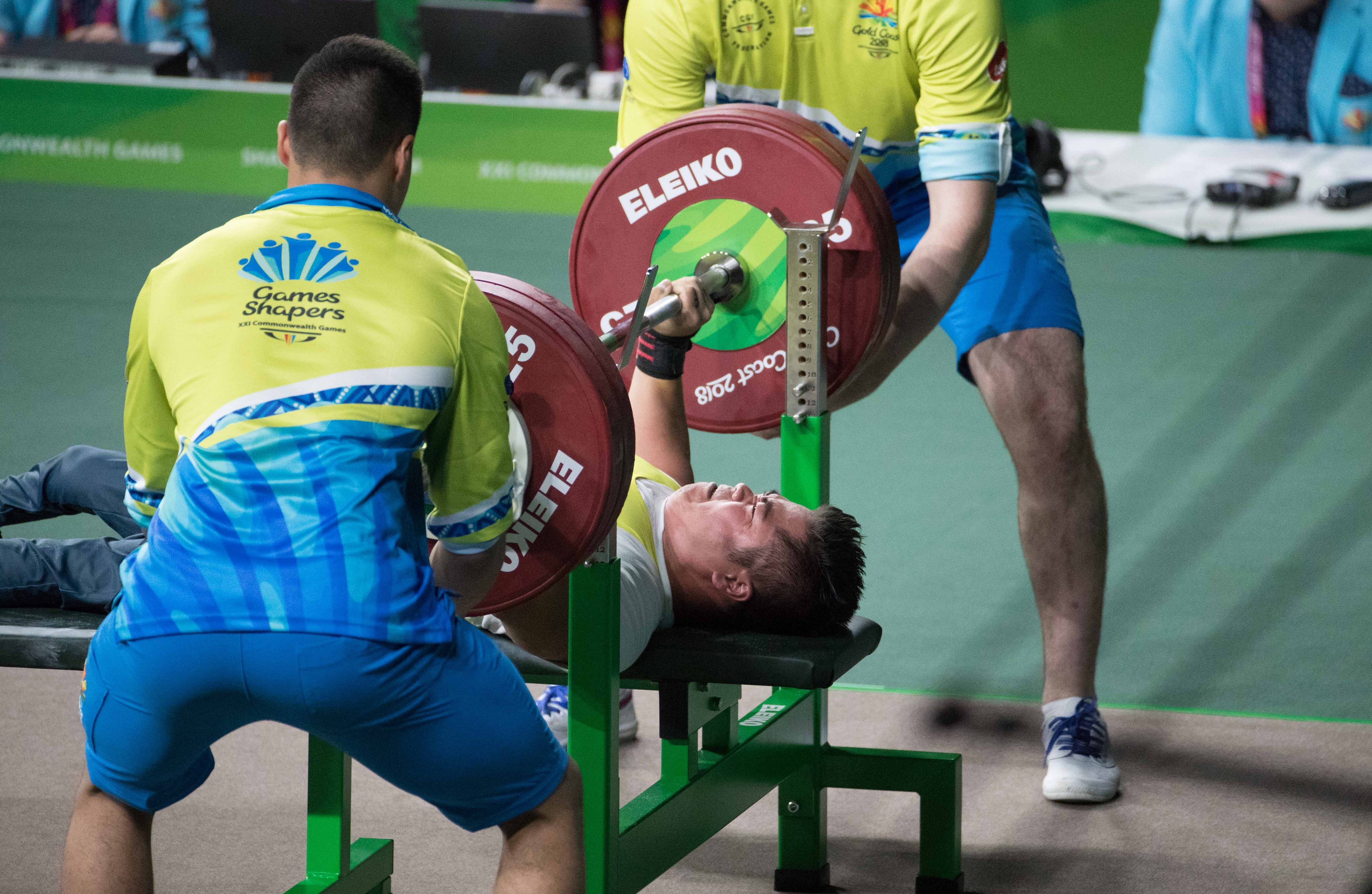 It was a monumental night for Australia’s four Para-powerlifters on the Gold Coast, as one ended his decade long career in front of a home crowd, while the other three catapulted themselves into the next stages of their careers.

Perth local Ben Wright lead the way for the Australian contingent in the men’s heavyweight category, comfortably achieving three legal lifts. At 89.8kg, Wright was able to lift 172kg on his final lift to secure a total of 152.4 points, putting him into fifth place.

In any other circumstance, Wright would be unhappy with his result, but having had a seizure less than 10 weeks ago, which resulted in compression fractures in four of his vertebrae, he was thrilled with his placing and was thrilled at the prospect of what he might be able to do in the future.

“I’m lifting with a bit of a broken back at this point, so considering that I’m pretty happy,” he said.

“I knew it wasn’t going to be a PB before I got here, but I’m just stoked to be here to be honest. Three good lifts in front of a home crowd, I couldn’t ask for anything more.”

Having never lifted in front of his friends and family, let alone a roaring home crowd, Wright said there are only positives that he can take out of the experience of competing at his first Commonwealth Games.

“This is the biggest crowd I’ve lifted in front of. Leigh Skinner (Australian teammate) went out just before me and I heard how loud it was from out back.

“It was nothing compared to when you go out and this wall of sound just hits you.

“I’ve learnt that sometimes your preparation doesn’t go to plan and you just have to let your ego sit aside and follow the process, and mostly trust that the results will come. They did for me tonight.”

While he was not able to complete three lifts in the same event as Wright, Skinner still considers tonight as his career highlight after 10 years on the international circuit.

“I’m disappointed with myself for missing two lifts but all in all, I had an absolute ball,” he said.

“I think finishing here in Australia, especially the Gold Coast, where I’m from, has been the most amazing feeling. It was nerve-racking to perform in front of so many people, but it was euphoric.

“I learnt that people like what we do. Social media has gone nuts – everyone is congratulating us and wishing us well. The love we are receiving is overwhelming, and tonight is a night we’ll never forget.”

For Australia’s other two athletes, Kelly Cartwright and Nang Nguyen, the Commonwealth Games competition was a learning curve on their upward trajectory to Para-powerlifting stardom.

Cartwright, at 47kg herself, achieved her goal of setting a new personal best of 64kg, with three completed lifts. She finished in 7th place.

For the former Paralympic long jump champion, the Commonwealth Games provided her with learnings, experience, and above all, motivation.

“Coming to a Commonwealth Games is a huge opportunity. I only started lifting eight months ago.

“To be doing this here with girls who have been doing this for more than a decade, I’d be stupid if I thought I would be pulling numbers out that they were. It takes years of practice.

“It’s made me hungry, this is just the beginning for me.”

Cartwright also admitted that the experience was a humbling journey for her as she finds her way in her new sport.

“I was nervous out there but I am more nervous about people expecting things. I was number one in my class (T42 long jump), I won a gold medal.

“I’ve come over to a very technical sport, a very difficult sport and it’s going to take many years. I have to get that ego out of my head and realise that I started somewhere in athletics and I have to start somewhere with this.

“I have to be humble and realistic about it. I’ve got a long way to go, but I’ll definitely be aiming for Tokyo.”

The fourth athlete to compete tonight was wheelchair athlete Nang Nguyen, who competed in the men’s lightweight class. Like Skinner, he was unable to complete his final two lifts and finished in 8th place.

“I loved the experience. I got a couple of technical aspects wrong in my last two lifts, one was that my hand touched the bar on the second one, and the third, my elbows were not straight enough.

“The power was there, but I just need to work on improving my technique.”

The Para-powerlifting team will now go back to training, to prepare for the Oceania Championships in Kitukushu, Japan this September.