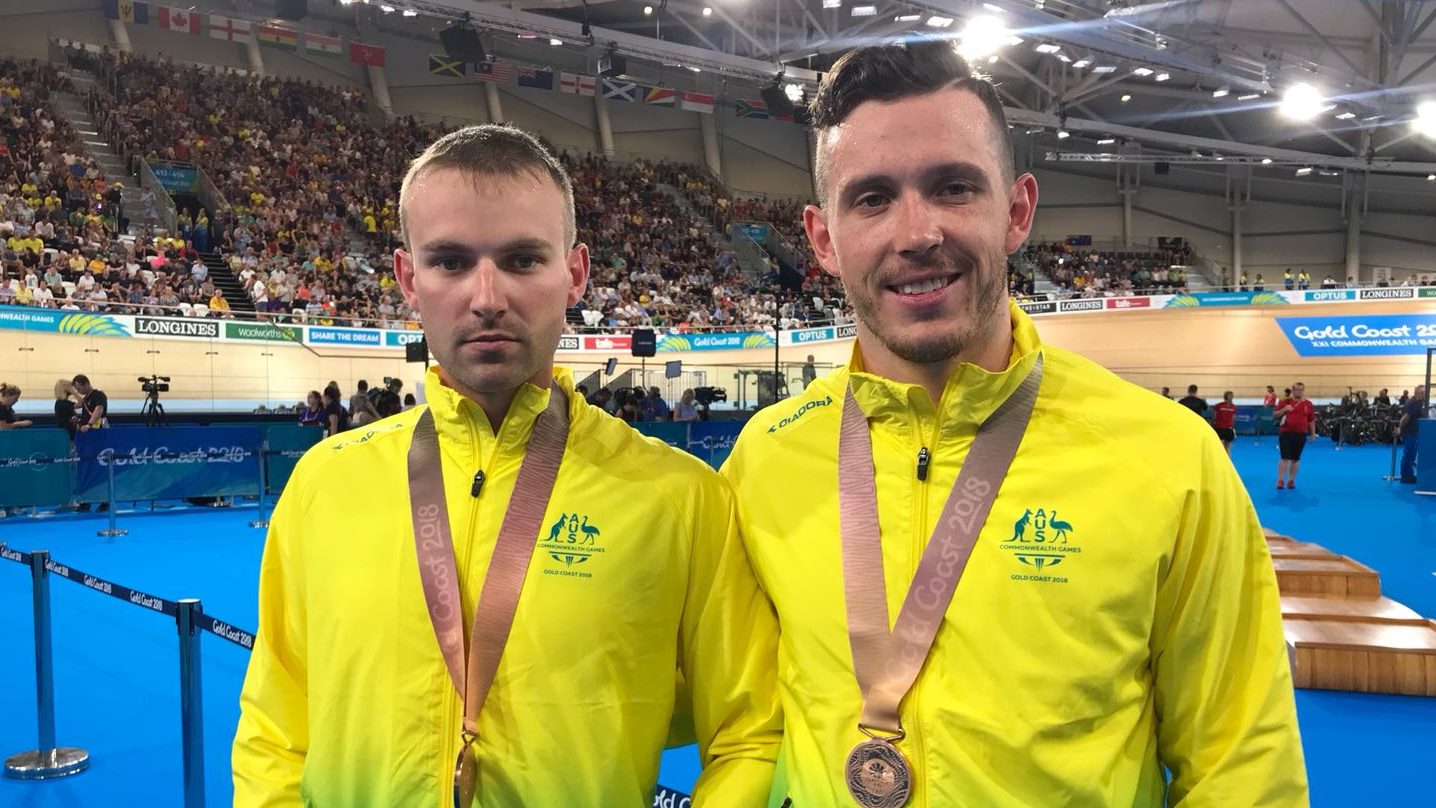 Competing in the men’s tandem time trial for vision impaired athletes on day one of competition, Henderson and Clarke clocked in at 1:01.512 – less than a second behind Welsh duo James Ball and Peter Mitchell, and 1.5 seconds behind Scotland’s Neil Fachie and Rotherham’s gold.

Henderson and Clarke, who placed fourth in the same event at the Para-cycling Track World Championships last month were happy with their results, but admitted they were hoping for a higher place on the podium at their first multi-sport competition.

“Gold was on my mind when we crossed the finish line, but the personal best that we achieved is all we could ask for.”

“We were a bit disappointed about the fourth place at the World Championships, so to come out here and show them what we were capable of, was exciting,” Henderson said.

In supporting Henderson, Clarke was thrilled the hard work they have both put in to the pairing they formed two years ago is paying off in results.

“It was an unreal feeling after training so hard for six to seven months just to qualify for this, and come out here and do the time we wanted to do.”

Rio 2016 Paralympian Jessica Gallagher and pilot Maddison Janssen also put on a world class performance in the tandem sprint today, but were unable to convert it into a medal.

With only one medal on offer in the women’s event due to a lack of entries in the class, the pair missed out on gold despite having broken a world record, which was quickly broken again, in their heat that morning.

England’s Sophie Thornhill and pilot Helen Scott beat the Australians to the chase by 0.167s.

“It was a phenomenal racing experience. It was a fantastic race. I’m so proud to be here. We’ve done our best. Sometimes you get on the podium and sometimes they don’t,” Gallagher said.

Speaking of her English competitors, she said:

“They’re great girls. It wasn’t so bad to lose to them.”

Both pairings will compete again on Saturday, 7 April.