On Tapper the Commonwealth 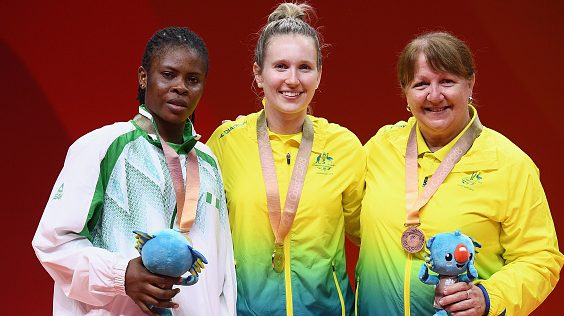 Two-time Paralympian Melissa Tapper has added another accolade to her growing list of achievements, becoming the first Australian to achieve Commonwealth Games glory in table tennis.

Fighting back tears of joy after her victory, Tapper said that her win today wasn’t about creating history but about achieving for herself and her family.

“It’s amazing to win today, it’s just a relief, but that thrill you get out there, especially with a home crowd. Geeze, that will make me want to keep playing for another 50 years” the dual Paralympian and 2016 Olympian said.

“I didn’t even know until a few days ago that I was out for our first Commonwealth Games gold, it wasn’t about that. I felt like I really deserved this one.

“It’s taken a lot to get me here. Especially through the Paralympics. Paralympic sport has opened up a whole new world for me. It’s given me so much courage and belief in myself and I’m just so happy I’ve been able to step up.”

Tapper also noted that the experience of competing in front of a roaring stadium full of Australians, as well as her family, was an experience she would never forget.

“It’s just such an honour to play in front of a home crowd and fight for every ball,” Tapper said.

“Today I competed for myself and my family, but this week there have been so many people who have come up to me to say they came specifically to watch my matches and wanted to tell their kids about me.

“It’s just crazy to think there are people out there, you have no idea who they are, but no matter if I won or lost today, they were going to be stoked for me.

“I don’t often think about how my actions could be inspiring someone else, but if they do, that’s awesome.”

The bronze is McDonnell’s first medal from a major international competition.

“It feels amazing to win this bronze. I wish I could have been in the final with Melissa but bronze is fantastic,” McDonnell said.

McDonnell was able to secure the win by being strategic in understanding her opponents’ strengths and weaknesses.

“Emily has less mobility today so I just had to try and not rush it, and just try and place the ball in certain positions and it paid off.”