Golden glory on the Gold Coast for Aussie Para-swimmers 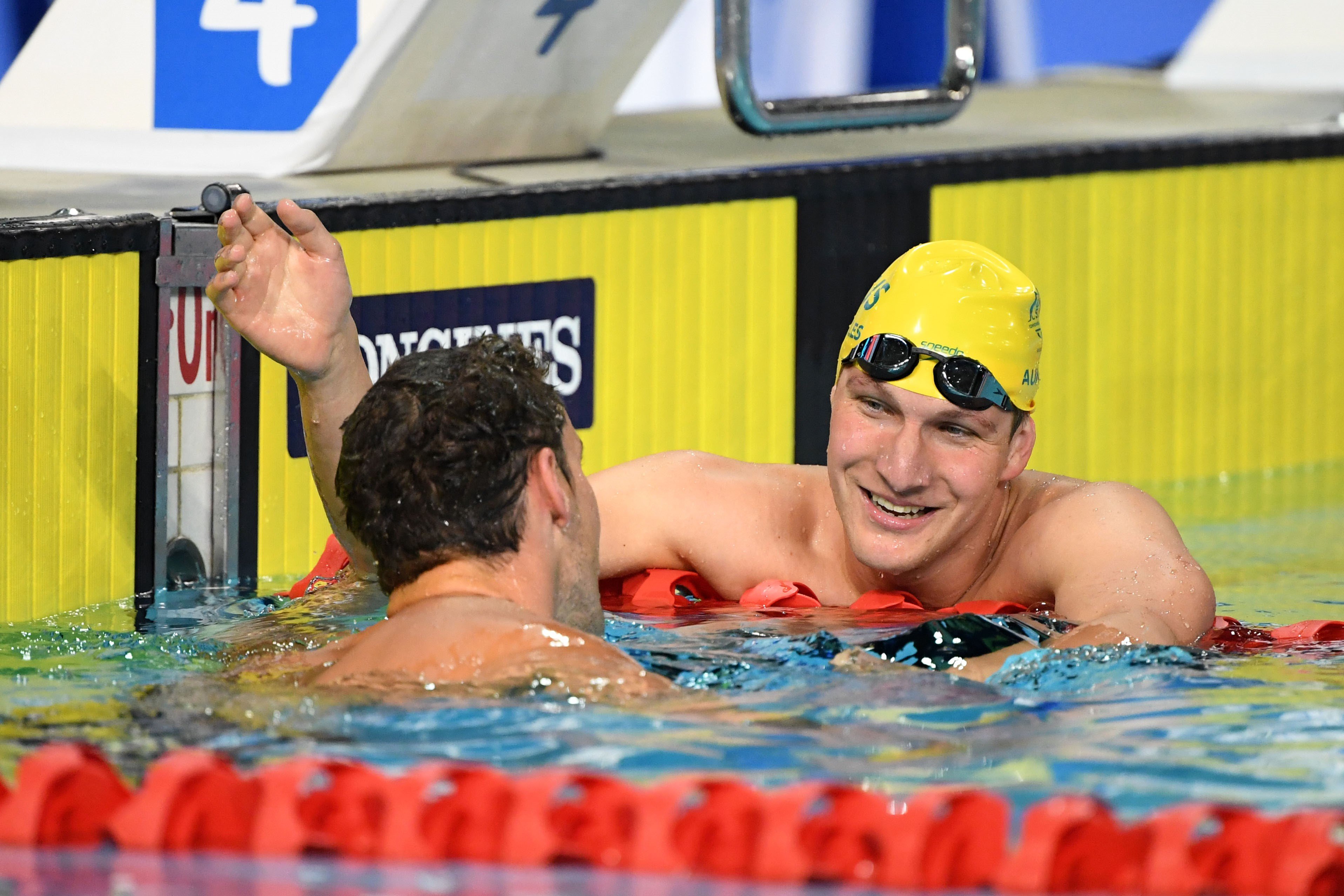 Aungles and Cochrane both spoke of their rivalry immediately after the race. Cochrane admitted it stung to be vanquished by his younger rival, while Aungles was quick to underline how much Cochrane pushed him to be better. What was most evident however, was their deep respect for each other.

“It’s always the most exciting race having [Cochrane] alongside me. It really gets the nerves into a gear that I didn’t think I had,” Aungles said.

“I’ve never experienced pain like the last 50 in a 200IM. And then again when Blake is next to me, it is a whole other level.

“But there is a point where you don’t feel pain any more. You’re excited, you’re nervous, you’re focused and you just put your head down and finish hard. I think I did that well tonight and just managed to hold him off.

“It’s been a bit of a whirlwind. But it’s absolutely incredible.” Aungles said.

Aungles won silver in the same event at the 2014 Commonwealth Games. His time four years later was more than two seconds faster.

Alongside him in both races was Cochrane, who swam a lightning breaststroke leg in tonight’s final to ensure Aungles had to fight all the way.

“Jesse and I have a bittersweet relationship when it comes to the 200IM. He’s one of the best competitors out there and he’s one-up on me again,” Cochrane said.

“Anything could have happened in that race, the final 20 metres was really anyone’s race and Jesse just had that last bit of strength to carry it home.

“Those races definitely hurt you but the atmosphere was just surreal. To have friends and family come from all over Australia to be here to watch you swim, it’s not an opportunity you get often and to be able to share this experience with everyone is really special.”

It wasn’t long before the home crowd had more to cheer about, with Patterson upstaging the field in the 100m final less than 10 minutes later. As an S8 swimmer, the Queenslander was competing against athletes with a higher level of physical function.

And she won it the hard way.  With her teammate Cole in front at the turn for home with Patterson in third, it was going to take something special in the dying stages to steal victory.

“I wasn’t quite sure where I finished until I looked up on that board and saw the result which was just extremely exciting.

“I’ve worked so hard for this and it’s definitely very exciting when all the hard work pays off. Hopefully that inspires other people out there to get into swimming and to not give up, no matter how hard it may seem.

“The crowd really lifted me as well, especially seeing my family up there.”

Alice Tai (1:03.07) from England claimed the silver medal while Cole was 0.29 seconds behind to hit the wall third.

“I thought I could hold the last 25 together better than I did,” Cole said.

“I felt really good in the first 50, but I probably just panicked a little bit seeing people so close to me and maybe rushed that third 25 which I think ruined me in the end.

“It hurts a bit knowing that my PB could have won that race so I’ll have to go back to the drawing board.

“But I’m not really disappointed. I’m happy an Australian won because that’s what we really want. We want to get medals on the tally.”