Fox and Schluter make their mark on the Gold Coast 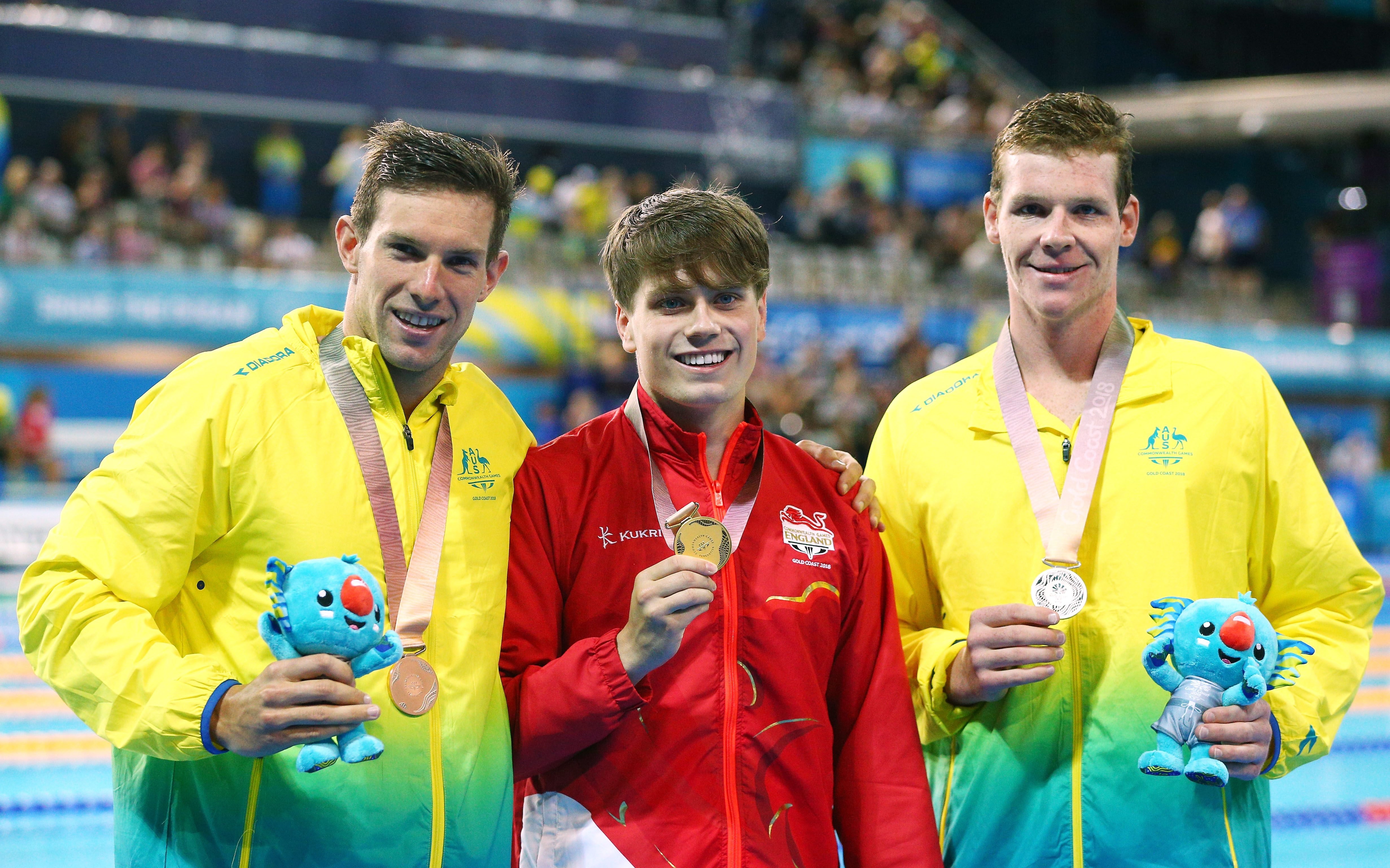 Australia’s Para-swimmers are toasting Commonwealth Games silver and bronze on day one of competition, with 2016 Paralympians Liam Schluter and Daniel Fox both finishing the men’s 200m freestyle S14 with placings on the podium.

As one of the premier events on the Para-swimming program at the 2018 Commonwealth Games, Australia was represented by three Paralympians in the race for athletes with an intellectual impairment. The trio of Australians included Fox, Schluter and 2012 Paralympian Mitchell Kilduff.

As the defending champion from the 2014 Commonwealth Games and the number one qualifier from that morning’s heat, it was England’s Thomas Hamer who surged forward to gold in a world record time of 1:55.88. He was closely followed by Schluter (1:56.23), and Fox, nearly two seconds behind in 1:58.26.

Impressive in second place, Schluter was in shock of his result, despite leading the Australian rankings in the event just last year.

“All my hard work has paid off, all the hard work that went into this race. I want to thank Michael Sage, my coach back home, Harley [Connelly, his Australian team coach], and my team for supporting me out there.”

He also credited his family and the roaring home crowd, which got him excited to race.

“I’ve got Mum and Dad up in the grandstand, my sister, my sister’s friend, and a few family from Toowoomba.”

Although Fox stepped down two places from the last Commonwealth Games, he was also pleased with his finish, after a training overhaul that took place following the Rio 2016 Paralympic Games.

“I’m just happy I came away with something – and that was pretty much my aim. Me and my coach Nathan Doyle, we’ve been working all the way up to this meet. We’ve had some up and downs, having changed clubs, but we’re getting there now clearly, and it’s just great.”

Equally thrilling for Fox was the opportunity to perform in front of a home crowd, as well as his entire family.

“The whole of Team Fox is out there. There’s about 30 or 40 of them out there, all wearing the same shirt. It’s amazing just walking out and hearing the crowd and hearing them scream. It gets you going.”

Kilduff was just shy of adding another medal to the tally in the same event, placing fourth in a time of 1:59.55.

Although his placing was one spot lower than the morning’s heats, his time was faster than the 2:01.02 he posted to qualify for the final.

In other results from the evening, teenage Para-swimming sensation Tiffany Thomas Kane finished fourth in the women’s 50m freestyle S7.

Para-swimming competition will continue this evening with Paralympic champion Ellie Cole taking to the pool for the women’s 100m backstroke S9, along with fellow Australians Ashleigh McConnell and Madeleine Scott.