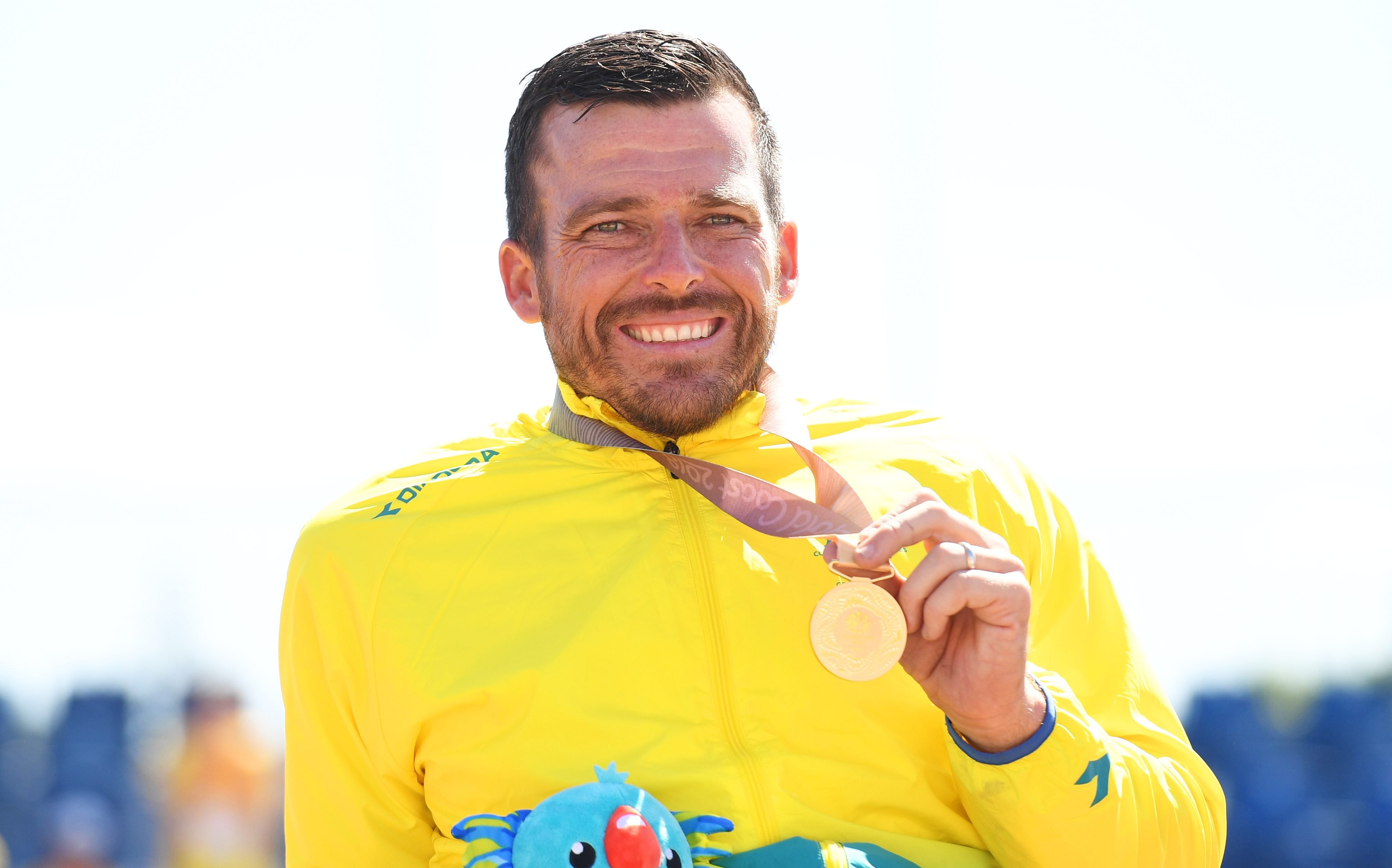 His family and the people of Carcoar, NSW, will be most prominent in Kurt Fearnley‘s thoughts tonight (15 April) when he becomes the first Para-sport athlete to carry the Australian flag into the Closing Ceremony of the Commonwealth Games.

Steve Moneghetti, the Australian Chef de Mission for the 2018 Commonwealth Games, unveiled Fearnley as the flag-bearer at a media event this afternoon. It came just hours after Fearnley won gold in the men’s marathon T54 in his last race in the green and gold.

“It’s such a special honour for me to present him with this flag that he’ll be marching out proudly with on what’s been a pretty memorable day for Kurt in his career.

“He asked me if I was sure, and I told him I couldn’t think of a more worthy person to be carrying an Australian flag out at one of our most successful Commonwealth Games ever than Kurt Fearnley.”

Holding back tears, Fearnley said it was one of his proudest achievements of an illustrious career.

“It’s all pretty overwhelming to tell you the truth,” Fearnley said.

“I couldn’t have imagined the way I’d wake up tomorrow and go to school and the idea of pride, and that’s where it links back into.

“There would be a lot of kids in chairs going to school tomorrow, and I’m sure there are a few people where it will mean a lot.

“It’s such a massive thing for me and my family. You think about those 200 farmers who paid the 10 grand to buy me my first wheelchair; the people of Carcoar who bought me my first overseas trip; my mum who took me to the airport when I was 14 to go over and see a wheelchair race in the US; my Dad grabbing me when I was 11 to show me a wheelchair race, before I’d met another person in a wheelchair. I’ll be thinking of all those moments tonight.

“I feel really nervous about it to tell you the truth. It’s rare for me to be lost for words, but this is overwhelming. I’d carry this flag to the end of the earth.”