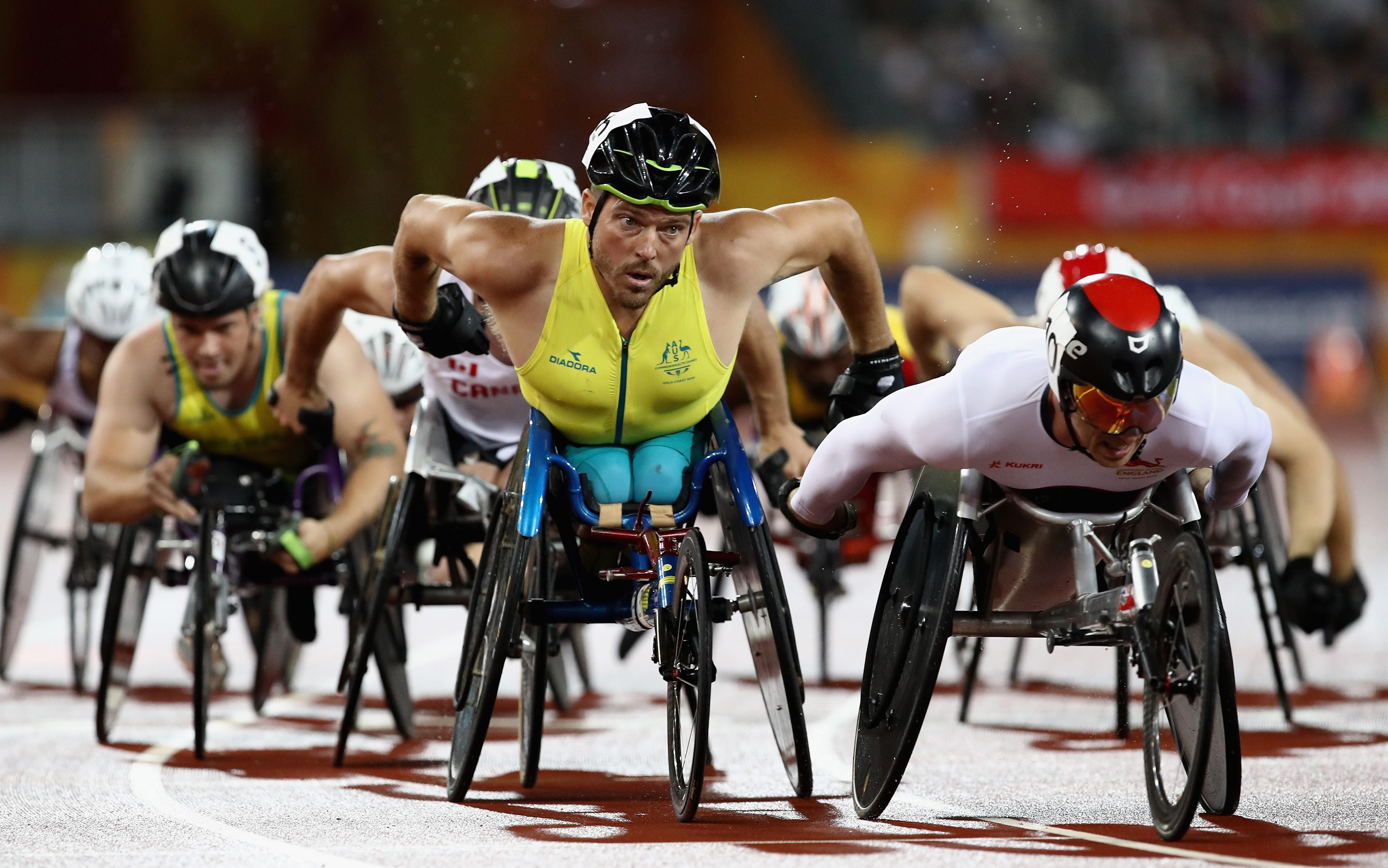 Kurt Fearnley‘s last appearance on a track for Australia was not the fairy tale he hoped for, but Madison de Rozario ensured ‘Advance Australia Fair’ did play after the 1500m T54 finals at the 2018 Commonwealth Games.

“I was gritting my teeth, and just willing this chair forwards,” Fearnley said.

“Every part of me was trying to get that win, but the best I had was second place.

“But we learn from it and have another crack on Sunday [in the marathon].”

Asked about his chances for the marathon, Fearnley’s response was emphatic.

“I live and breathe that marathon. I have dreamt about that marathon since the moment [the Games organisers] put it in there,” he said.

“That’s been a big chunk of my life, and on Sunday, everything that I’ve got is going into [trying to win].”

For de Rozario, her gold medal went a long way towards erasing the disappointment of the 2014 Commonwealth Games, which saw her withdraw just days before racing due to illness.

“I think I say relatively often that winning is quite a lonely feeling, which is weird, but it’s because no one cares as much as you do.

“But to have this moment in front of so many Australians is not the same, it’s definitely added something to it.”

de Rozario launched the decisive attack with 300 metres to go. From the moment she broke away, it became a fight for the minor medals.

“I think I panicked because no one else was doing anything, so it was more of a panic move. But it worked, so I’m happy,” she said.

Ballard sealed an Australian quinella with a fierce dash over the final 70m, which broke the challenge of Canadian rival Diane Roy (3:36.97).

“If I’m going to lose to anyone, I’d rather it be to Madi. She’s had such a good build-up, she’s really rocking it,” Ballard said.

“I’ve had a rocky build-up, so each day I’ve been getting in the chair lately, I’ve just had to take what comes. But that was a better version of what could come, so I’m really happy with that.”

In other Aussie results, Eliza Ault-Connell (3:38.88) finished fifth in her first race at a Commonwealth Games since appearances in 2002 and 2006, while 17-year-old rising star Sam Rizzo (3:14.16) finished sixth behind Fearnley and Lappin.