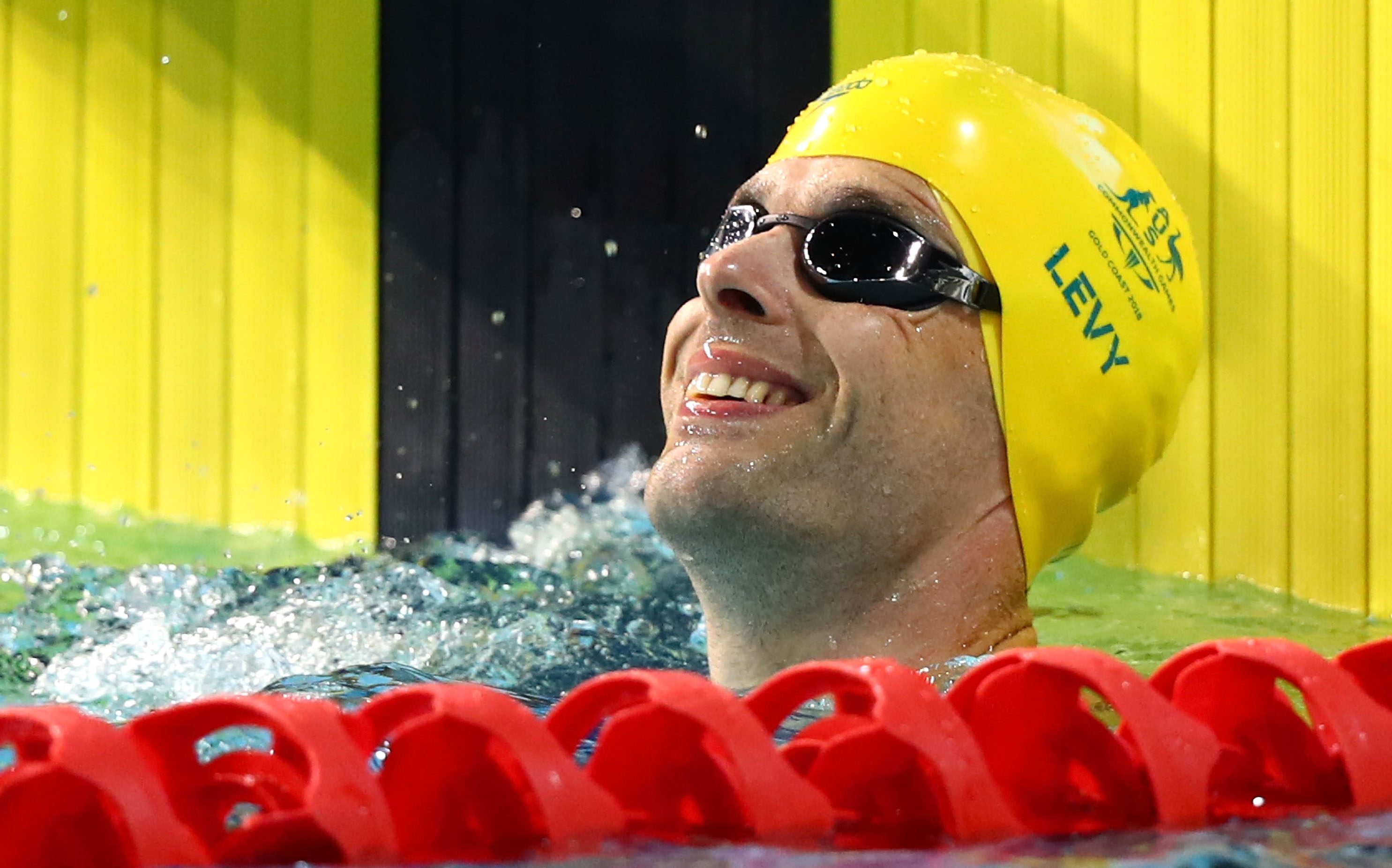 Matt Levy, the most experienced Australian Para-swimmer at the 2018 Commonwealth Games, put on a masterclass tonight (9 April) on his way to victory in in the men’s 50m freestyle S7 final at Optus Aquatic Centre on the Gold Coast, QLD.

“It was great to perform in front of a home crowd,” Levy said. “Everyone dreams to compete in front of a crowd like this, and it’s fantastic to come away with a win.

“A home crowd brings with it a lot of extra pressure, but it was great to perform like that and show everyone what I’m made of.”

Incredibly, it took him several moments to even realise he had won. Although he competes against athletes with physical impairments, Levy also has a vision impairment.

“I had an inkling that I’d won because the camera was in my face and I heard the event commentator over the speakers, but I wasn’t sure,” he said.

“I couldn’t see the board, but I was pretty sure I had won a medal.”

Rohan Bright and Matthew Haanappel raced strongly against teammate Levy, placing fifth and sixth in 30.71 and 30.75 respectively. S6 swimmer Haanappel was the only athlete in his classification against the field of S7 athletes.

In other action tonight, two more young Australian swimmers stood proudly on the podium, proving that Australia has a bright future ahead in the sport.

Rio 2016 Paralympians Paige Leonhardt and Madeleine Scott claimed silver and bronze respectively in the women’s 100m breaststroke SB9 final. It was Leonhardt’s first international medal, while the bronze medal proved to Scott that she has so much more to give in her burgeoning career.

Leonhardt (1:18.81), who surged forward over the last 30m of the race to finish less than one second behind New Zealand’s nine-time Paralympic champion Sophie Pascoe (1:18.09), was ecstatic with her result, and coming so close to an athlete she admires was the icing on the cake.

“I’m over the moon, I’m feeling lost for words. That was a really good swim for me, but the feeling of racing in front of 10,000 people who are probably mostly Australian and are cheering for you, it’s amazing,” said the 17-year-old.

“To do that and get a time near Sophie, that’s unbelievable, but mostly, I’m so glad I could achieve my first international medal on home soil. That’s pretty exciting for me.”

Having never claimed a medal at a major event before, Leonhardt reflected on what was going through her mind prior to racing.

“I was pretty nervous, because I ripped a suit before I raced, so that kind of caught me off guard, but all the staff and everyone was telling me just to relax. I just wanted to go out and do my best race, and prove to myself that I am getting better and I am constantly improving.

Melbourne local Scott (1:19.98) was proud to have won bronze, particularly after a case of the shingles earlier in the week.

“It was probably two seconds off my best, but about a week ago I came down with the shingles, so I’ve been battling that the past week. Who knows if I could have raced faster.”

“I finished my meds today, so I’m still going through the course of it, but I’ve had to have dressings on my back because it’s slightly contagious. I’ve been in insolation at the [Athlete] Village, a lot of pain killers. That’s the first time I’ve had to juggle sickness while racing.”

Scott, who won silver in the same event at the 2014 Commonwealth Games, said it wasn’t the time she was looking for, but there were an inordinate number of positives she could take from racing on the Gold Coast.

“I’ll take this back to training to see how I can improve, but I’ve never raced in front of a home crowd before and that’s something that I could never forget,” she said.

“It’s the first time I’ve actually raced in front of my parents, and they were actually pretty close, I could hear them.

“I wear earplugs, so when I race I can’t usually hear anything, and that’s the first time I’ve heard anything while I’ve been racing, so it must be very loud.”

Jasmine Greenwood was the third Para-swimmer competing in the women’s 100m breaststroke SB9 tonight, and finished fifth in a time of 1:25.23.