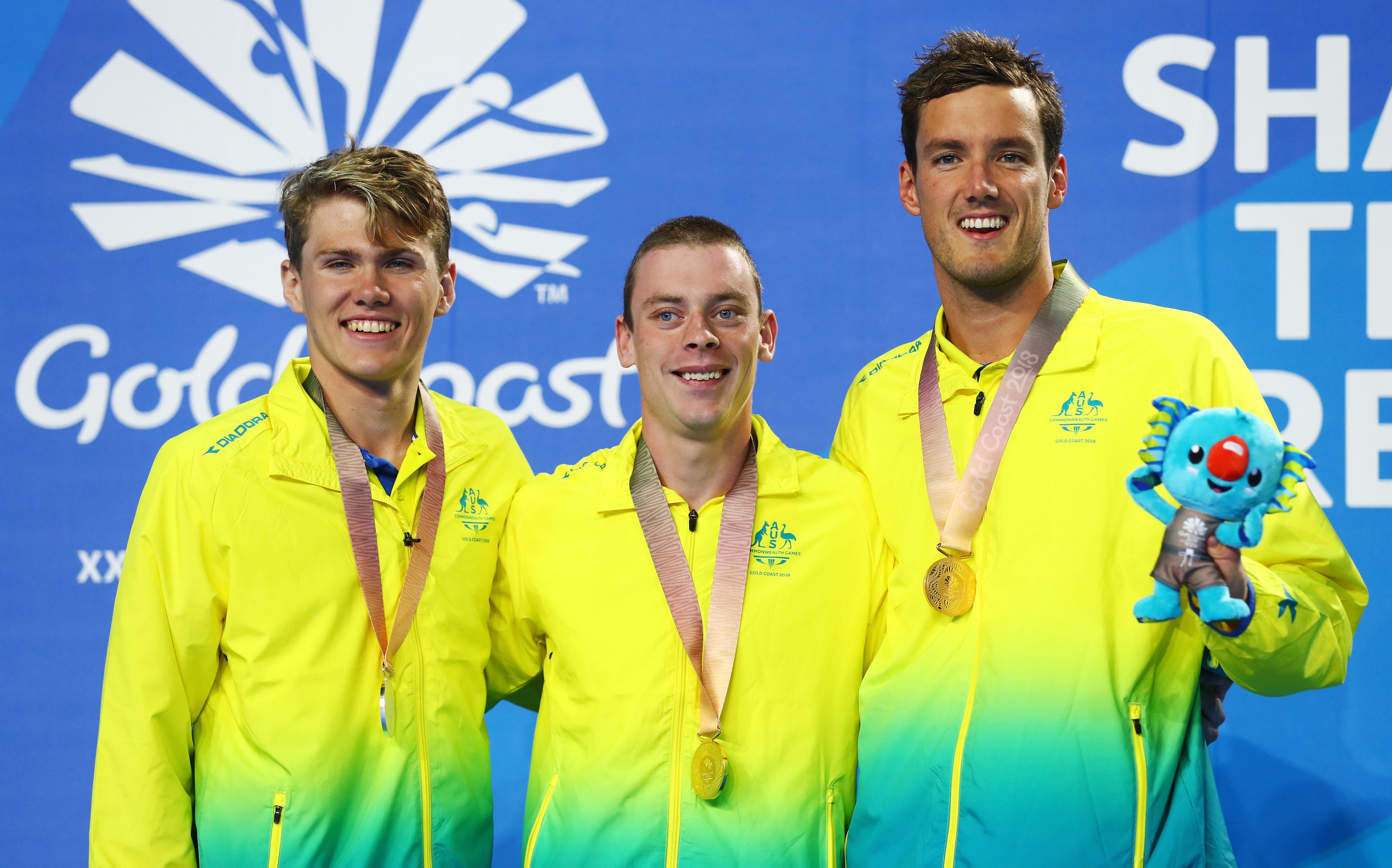 It was a clean sweep at the Gold Coast Aquatic Centre tonight (7 April), as Australia secured a memorable 1-2-3 finish in the men’s 100m breaststroke SB8.

Timothy Disken (1:12.42) led the charge to win his second gold medal of the 2018 Commonwealth Games, while Sydney teenager Timothy Hodge (1:15.80) took silver from three-time Paralympian Blake Cochrane (1:18.75), who swam in one class higher than his own (SB7).

Disken, who is now celebrating a perfect Commonwealth Games debut, having finished his events, is not only thrilled with his own results, but is proud of what the three Australians achieved together.

“Yesterday [winning gold in the men’s 100m freestyle S9] was amazing, but today has been something else. To go one, two, three, in front of a home crowd is something I can’t even describe,” the Australian Institute of Sport athlete said.

It continued a comeback story for the ages for Disken, who underwent emergency brain surgery less than one year ago, after complaining of a headache before the 2017 Canadian Open.

“It’s great to be back at my best, racing for this fantastic country. This competition and what I bounced back from shows me I can perform when I think I can’t,” he said.

Hodge, 17, not only achieved a personal best, but also won his first major international medal.

“I far exceeded my expectations. I was hoping for at least a small PB [personal best], and better splits and better turns, but I wasn’t expecting that,” he said.

“This is a dream come true, literally. I remember racing the Berlin Championships [in 2016] and winning gold in the junior category and listening to the anthem there, but standing next to Blake and Tim on the podium is going to be 100 per cent better.”

Cochrane was always in for a tough fight against the two Australian heavyweights, but also had the event class against him, usually competing as an SB7.

“To race a class up and come away with a medal is unreal,” Cochrane said. “It was going to be a pretty tough ask coming into this meet, but we set our goals and set a time we wanted to get to, and to get under 1:19 for the first time in 12 months, it’s pretty good to get there.”

As a senior member of the team, Cochrane also commented on the trajectory of Disken and Hodge, showing his pride as a teammate.

“They’ve shown so much potential. They both keep stepping up and getting those results. It’s nice to try and give them a helping hand but the maturity and respect these guys have for everyone on the team, they put their best out on race day and show some quality results.”

Downie claimed bronze, swimming the fastest she has swum since the 2014 Commonwealth Games in Glasgow, Scotland.

“I had three years where I wasn’t doing as well as I wanted to, and having swum the fastest since Glasgow, I’m beyond stoked.

“I was looking at the end of my career, but swimming here, it’s kind of like being given golden eggs, where you kind of have to keep going now. It’s a bit rude, really!”