Crombie and Holt put the gold into ‘green and gold’ 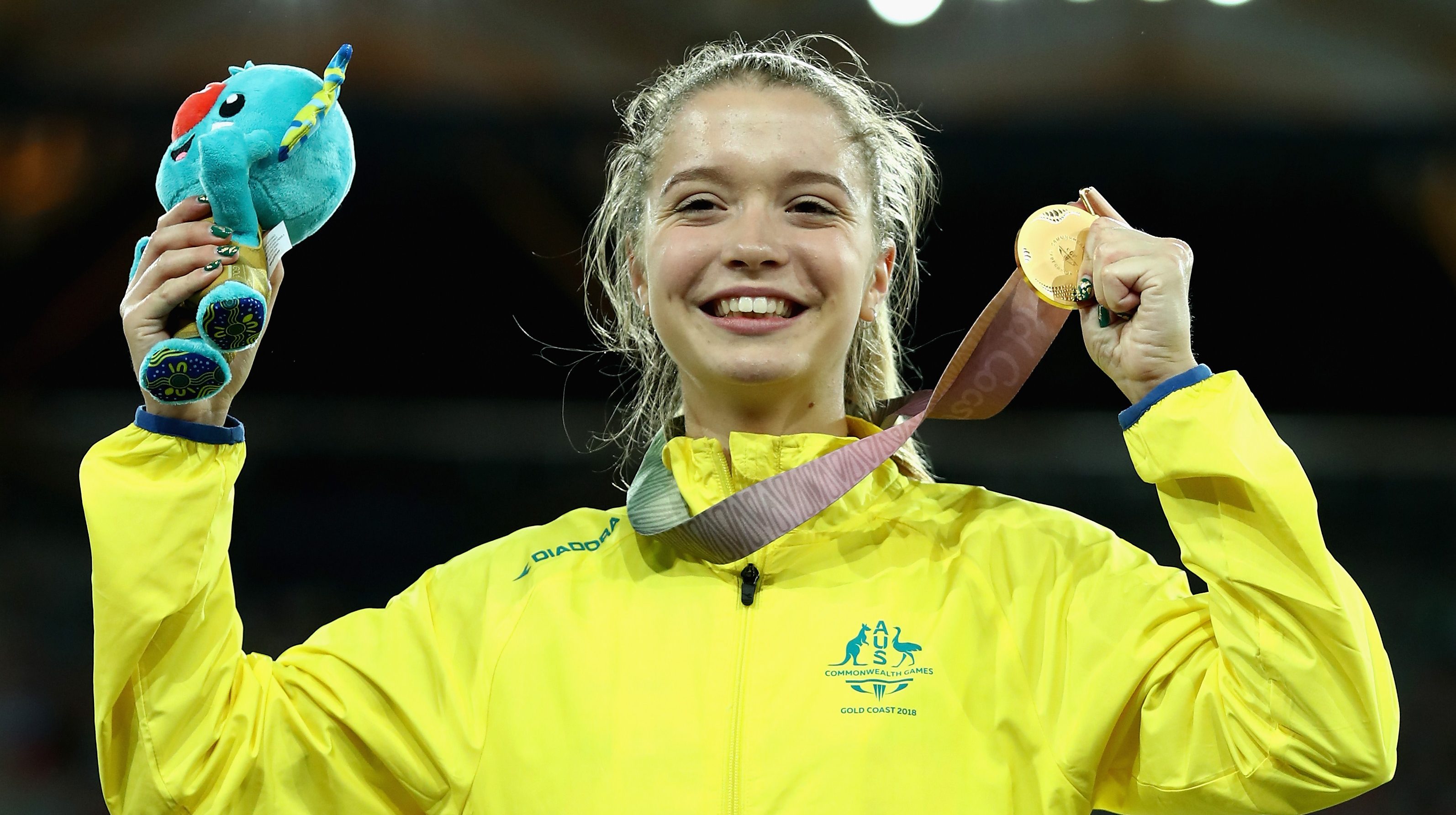 Gold medal success continued for Australia’s Para-athletes on the track and field at Carrara stadium tonight with T35 sprint star Isis Holt surging to gold, while world record holder in the F38 shot put Cameron Crombie succeeded at only his second international meet.

With four world titles, two Paralympic silver medals and one bronze, it’s hard to believe Holt is just 16 years old. Tonight, she has added another international accolade to her name with victory in the T35 100m in a time of 13.58.

Although she has a near perfect record on the international circuit, Holt says this win has given her a new level of satisfaction.

“It gets better every time,” Holt said.

“It was just so amazing to be able to compete in front of a home crowd, and obviously the goal for months has been to come out here and execute a race and hopefully come away with gold.”

Having broken her own world record on the same track just one month ago, she felt confident in executing her race plan.

“I’d come out here and already run on this track, so it was familiar. It was pretty much a home track to me and to be able to come out here and compete with people internationally, it as kind of surreal but an awesome feeling.”

And the cherry on top for Holt?

“Running that lap afterwards. Everyone was so excited to get behind us as athletes and that’s when you really feel like your hard work has paid off, and that’s what’s important to me.”

Meanwhile, Crombie took the circle for the first time since winning a gold medal on his international debut at the London 2017 IPC Para-athletics World Championships. The F38 shotput thrower can now say he has a perfect record at his international events.

Throwing a mighty 15.74m, very close to the world record (15.95m) he set debut last year, Crombie admits he put an expectation on himself to break it once again but is thrilled to come away with gold.

“I’m feeling good. I would have liked to have pushed the world record out a bit but you can’t have everything. With the crowd and everything here, you couldn’t hope for anything more,” the 31-year-old Canberran said.

“To have green and gold across your chest, as well as a gold medal, I’m pretty happy.”

Crombie will be aiming to extend his reign as the king of F38 shot put at next year’s world championships. And to do so, he says it will come down to one simple thing.

“Maybe sleep sometimes in between. It is process, and I’ve got a really good coach Hamish MacDonald, and having a seven-time Paralympian in your corner is only a good thing in settling you down and making you focus on process.”

Australians dominated the field in the event, with Commonwealth debutant Marty Jackson pulling out a 13.74m throw to win silver, while javelin star Jayden Sawyer placed fourth with a throw of 12.40.

Jackson, who won his first international medal, said he owed it all to the home crowd cheering on the three Australians.

“When we stepped out there, I said ‘Boys, we are on. This crowd is going to erupt. We just jumped on that, and I’m hooked.’”

“Nothing can describe what it feels like to win my first international medal. It wasn’t over until it was over, and I went out there, and I played it really cool and decided to switch it on in those last two throws.

“I felt the crowd, and I never bring the crowd into it, but this time, it felt so good. I wanted to shout, ‘Crowd come with me, because Marty Jackson is here.’”

Photo with thanks to Matt King/Getty Images