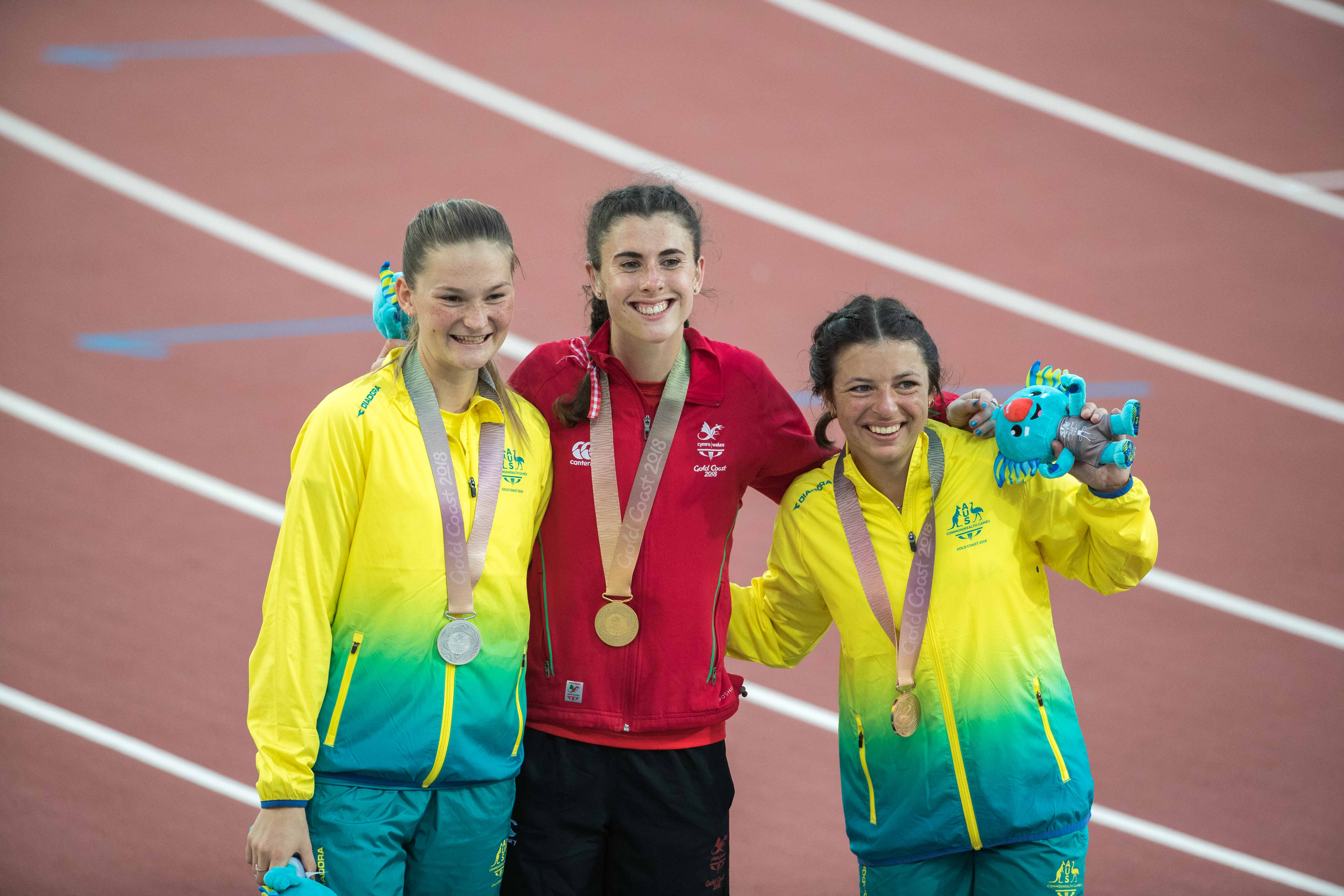 Erin Cleaver came up with a convincing excuse for interrupting her Year 12 studies by winning a silver medal in the women’s T38 Long Jump at the Commonwealth Games.

Reigning World Champion, Olivia Breen from Wales, was the raging hot favourite and lived up to the hype. Her gold medal winning leap of 4.56m broke the Commonwealth Games record set by Aussie Jodi Elkington-Jones (4.39m) at Glasgow 2014.

Having competed at Rio 2016 and the 2017 World Championships in London in front of massive crowds, Cleaver said the experience of jumping in front of raucous home fans will be a treasured memory.

“It tops everything I have ever experienced. I’m really, really happy,” Cleaver said.

“The home crowd made it extremely loud. Everyone was cheering for us so it was amazing.”

Asked what was going through her mind before her first jump, Cleaver’s response from refreshingly frank.

“I was just thinking ‘Oh crap’ because I’ve never had a crowd that was cheering for me,” she said.

“In Rio and London, it was loud but it was for the home teams. This time it was so different because it was all for you.”

Doyle’s best effort came in the fifth round, and with a silver medal in this event from Rio 2016, she did everything she could to topple Breen and Cleaver and climb higher on the podium with her last jump. It wasn’t to be.

“That was actually good [experience] because it’s in my home country. It was really nice.”

The other notable performance for Australia came from 15-year-old Sydney school student Kailyn Joseph, who finished fifth with her best jump of 4.06m. Joseph is classified as a T37 athlete and competed against rivals with more physical function.

“It was absolutely unbelievable. The crowd was just crazy and it definitely boosted me,” Joseph said.

“Being 15 at these Games is crazy because I’m competing against people with so much experience. But just being here, I have taken so much back and have learnt so many things.

“It was overwhelming, but I just had to channel the energy and nerves and try to do my best.

“I’m glad I jumped over four [metres], although I know I could have probably done better. But I hopefully have many more years ahead of me.”

While Doyle and Joseph have now concluded their Commonwealth Games campaigns, Cleaver will now reset for the T38 100m final on Thursday.