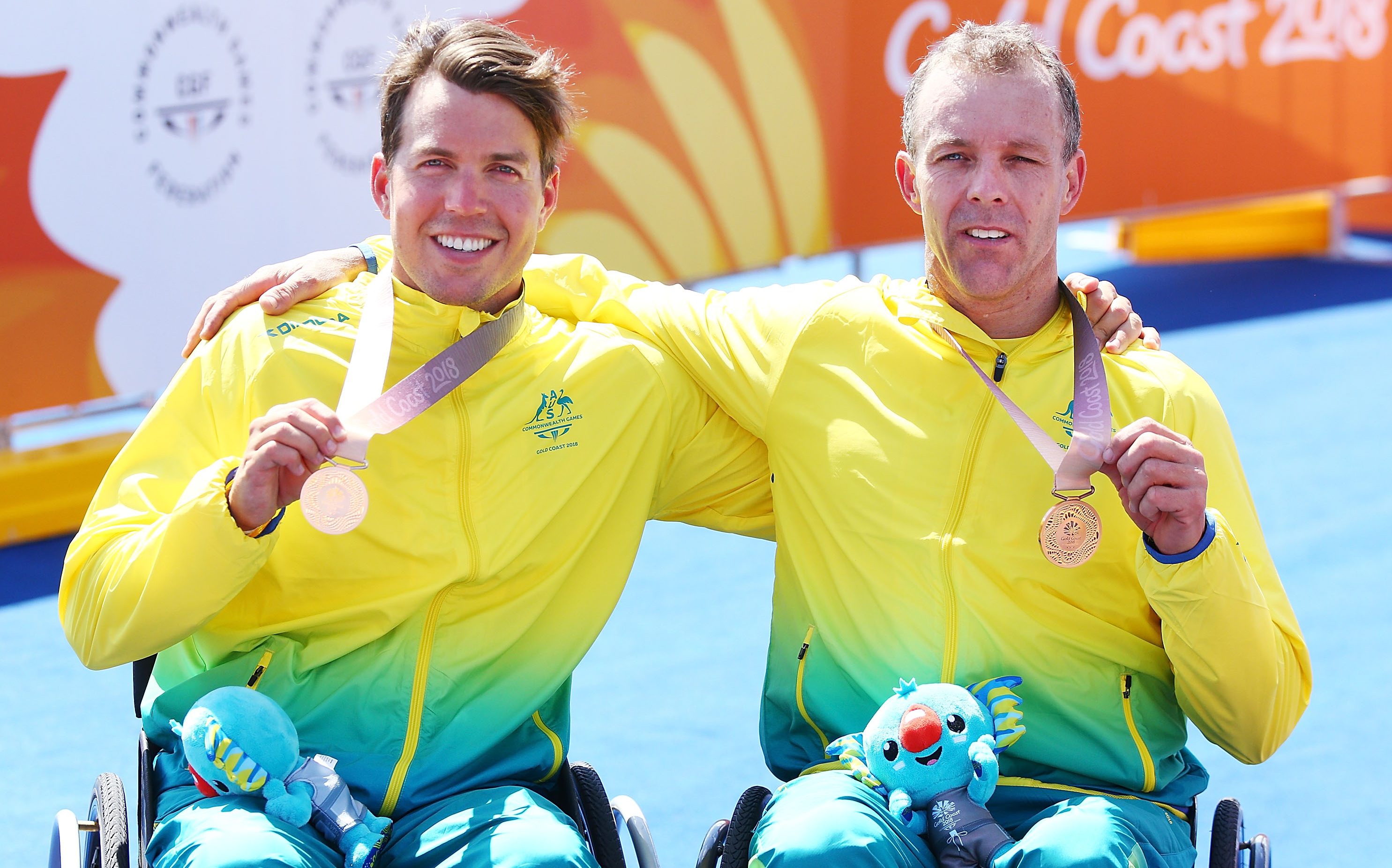 Bill Chaffey is a giant of Australian Para-triathlon, so it was with mixed emotions that his teammate Nic Beveridge answered a question following today’s (7 April) Para-triathlon at the 2018 Commonwealth Games about ‘a changing of the guard’.

Beveridge, a 31-year-old Queenslander, had just beaten Chaffey to take a silver medal in the men’s Para-triathlon, with Chaffey claiming bronze in what was his last race at a major international event wearing the green and gold.

Chaffey crashed during the cycling leg, but fought bravely for a spot on the podium. It brought down the curtain on a glittering international career, headlined by five world titles between 2009 and 2015.

Asked about Chaffey’s influence as both a competitor and teammate, Beveridge took his time to find the right words to illustrate the magnitude of his contribution. It was almost as if he didn’t want to face the fact that Chaffey’s career was coming to a close.

But it is, and Beveridge is now one of the Australian stars on the rise. After finishing ninth at the Rio 2016 Paralympic Games, he recorded his best international result by finishing fourth at last year’s World Championship, before his outstanding performance today.

Yet he is quick to highlight his deep respect for those who have helped lay his path, and there is no doubt that Chaffey is among that group.

“He’s the reason why I am the way I am. Whether he helps me directly or indirectly, him just being himself and performing the way he’s performed, I’ve had such a world-class competitor in Australia,” Beveridge said.

“I’m kind of a sentimental type, and in my mind, I would have loved to have gone one-two with Bill, especially on home soil, and it’s saddening to hear what happened to him [the crash].

“But I’m sure he’d be the first person to say that, ‘That’s racing’. Trying to find that extra speed, being under pressure, taking a turn too hot and crashing, it’s all part of racing.

“I have just tried to get as close to him as I can to be in the game, and I wouldn’t be the athlete I am today without having Bill out here.”