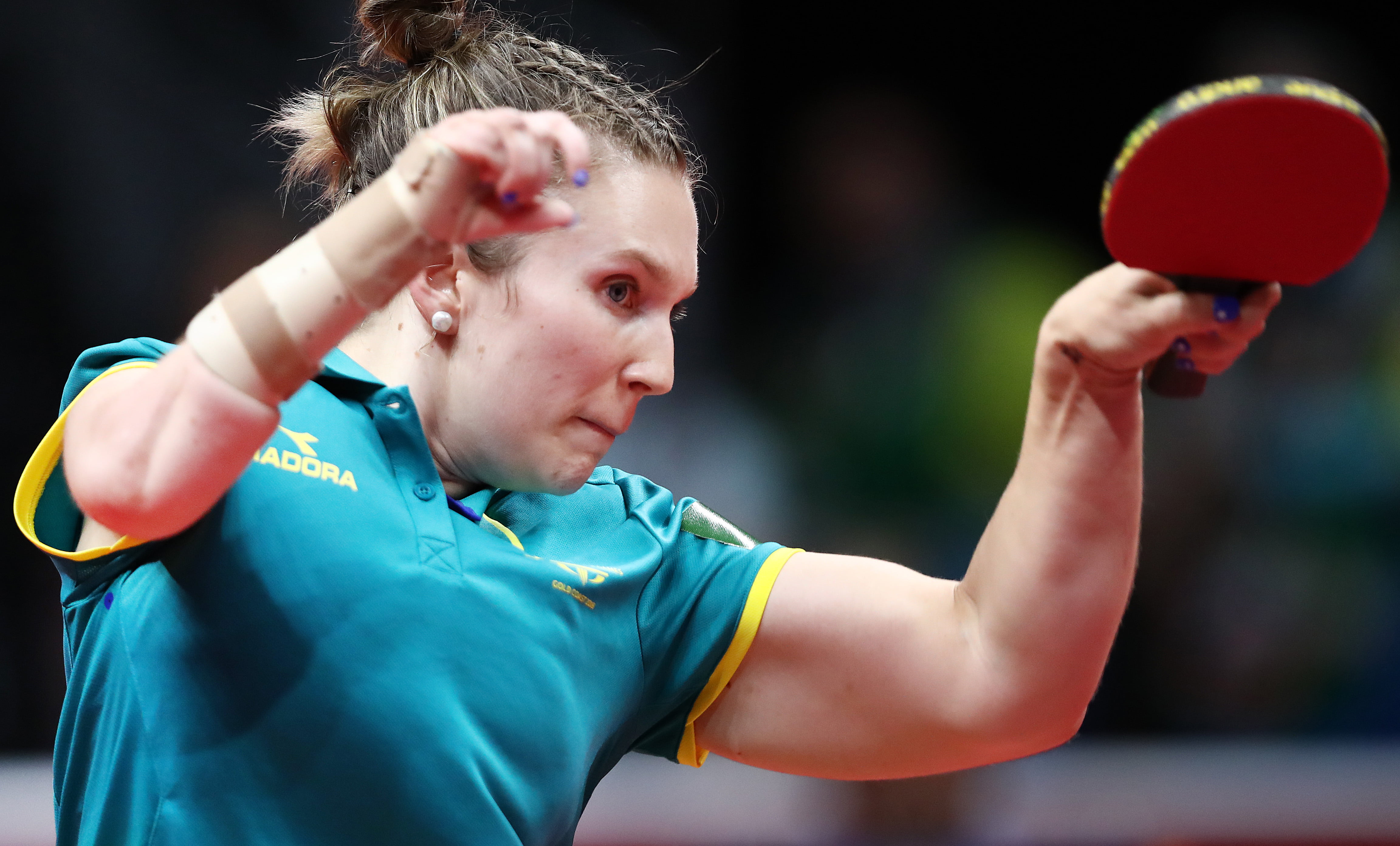 Two Australians will battle it out tomorrow for a spot in the women’s Para-table tennis gold medal match at the Commonwealth Games.

Rio 2016 Paralympians Melissa Tapper and Andrea McDonnell have both advanced into the semi finals, after wins against Vero Nime (PNG) and Vaishnavi Sutar (IND).

Tapper took down Nime in three straight sets (11-2, 11-5, 11-3) – her second match of the day, following a win with Australian Michelle Bromley in the able-bodied women’s doubles tournament, while McDonnell was also convincing (11-3, 11-3, 11-1) in her bout against Sutar.

Tasked with becoming Australia’s first Commonwealth Games gold in the sport, McDonnell said she has maintained a good headspace, enabling her to compete at her best.

“I was pretty relaxed and didn’t get nervous at any point – I just wanted to give Vaishnavi a good rally,” she said.

And while Tapper, the current world number three, sits higher on the rankings list than McDonnell at 19th place, McDonnell is feeling ready to take on her team mate, room mate, and now rival.

“I’m not too worried about it because I know she’s an amazing player, so it’ll be a nice relaxed atmosphere,” she said.

“It doesn’t feel awkward versing another Australian player, because we’re so used to being around each other and train with each other too.”

Tapper knows she can’t underestimate the rising star of McDonnell.

“There are a lot of great players out here, and one of them is my Rio team mate Andrea McDonnell. She’s a great player and when I come up against her it will be a tough match to win.”