Gold for defending champion at SIRR 2018 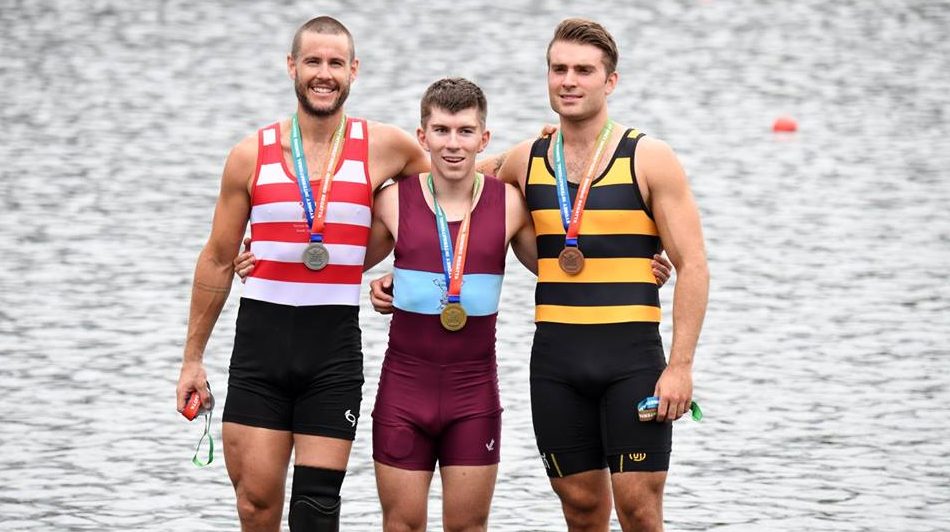 Finals fever arrived yesterday in Penrith at the 2018 Aon Sydney International Rowing Regatta. Plenty of athletes hit the water chasing victory in their respective finals on a cool, rainy day in Penrith. Among these athletes were Australia’s top Para-rowers, who raced for the first time at this year’s National Championships.

Twenty-eight singles, doubles and pairs raced today for podium finishes, with the possibility of gold at the end of the two kilometres of the Sydney International Regatta Centre course. Later in the day, 155 schoolboy and schoolgirl entries hit the water in singles and quads, in the first day of the Australian National Schools Championships.

It was the Para-rowing that drew quite a crowd to the stands, with the rowers racing their first two-kilometre race in a competitive setting. The PR3 Men’s Single Scull welcomed back two-time defending champion Mac Russell (Queensland University) as well as newcomer Jed Altschwager (Torrens-SASI), who lost his lower leg in an excavating accident two years ago. Russell took out his third win in a time of seven minutes 50 seconds, with Altschwager just under four seconds behind.

Russell, who has an intellectual impairment, said the level of competition in the category was higher than previous years.

“I thought the race went pretty well, it was a bit harder than previous years when I’ve won, I found I got pushed more, there’s more depth in this field now which is good, I like that.”

Altschwager said racing other Para-athletes was exciting, especially in his first National competition.

“Being able to go and hit out against the other Para-athletes, unlike at home when I’m racing able-bodied competitors, is just awesome.”

For Murdoch, winning the race was valuable to ensure she had a strong start to the year.

“I had a really clean start and I just kept my rhythm. It was an excellent start to this year’s campaign so I’m very happy. Para-rowing has grown a lot and each year it’s really wonderful to have more competition.”

Photo with thanks to Rowing Australia/Delly Carr