Pollard takes a giant step on his new sporting journey 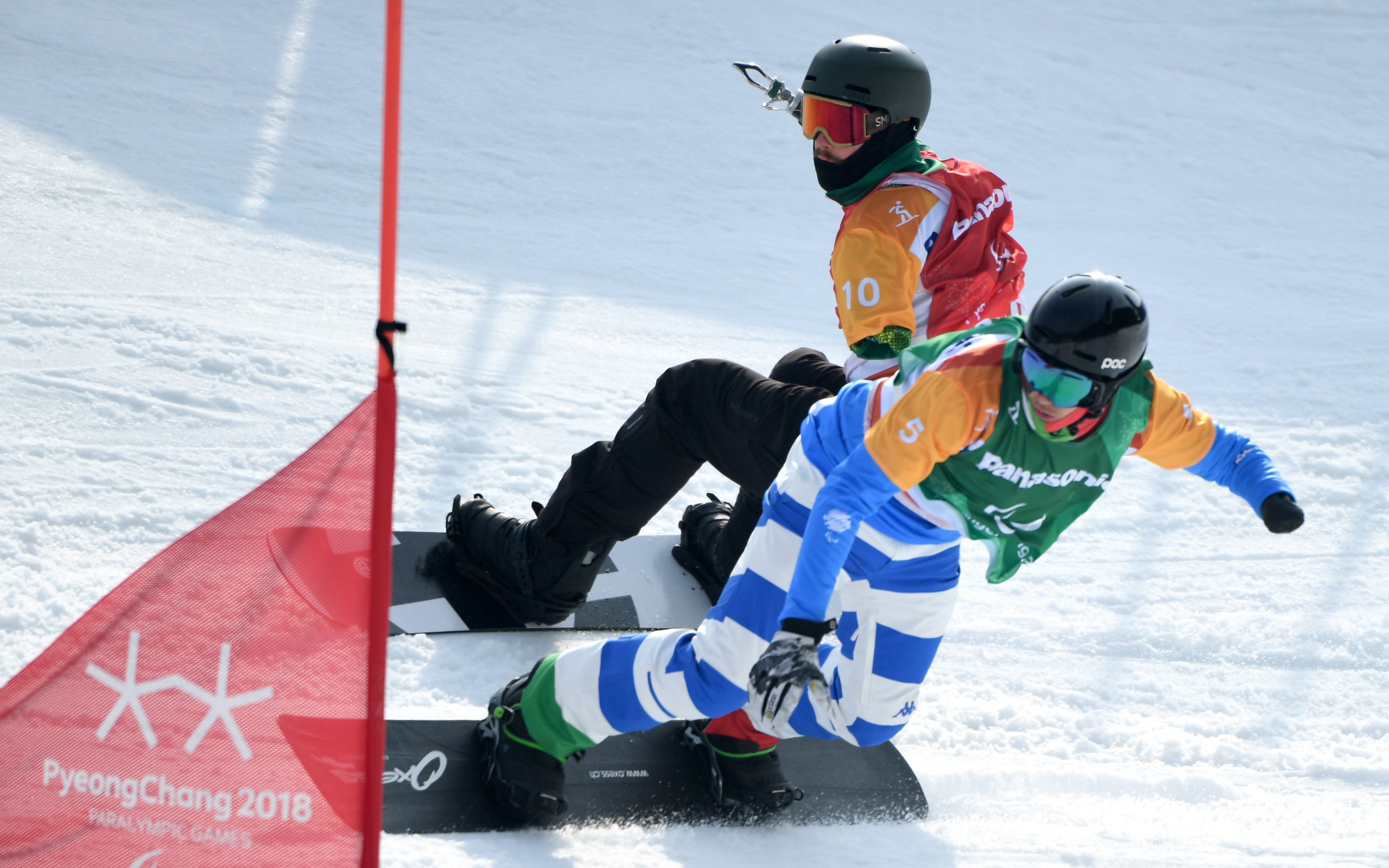 Four years ago and Sean Pollard was an electrician in WA. Today (13 March) he is a Winter Paralympian after completing his first Para-snowboard event at the PyeongChang 2018 Paralympic Winter Games.

In between, he had to face horrors very few have – and survived.

Pollard has no left arm and no right hand. He lost them to two great white sharks, who attacked him while surfing Kelpids Beach, near Esperance, in October 2014.

Now he wears a prosthetic forearm with a metal hook for a right hand.

But yesterday up at Jeongseon Alpine Centre, after Pollard came very close to making a Paralympic quarter-final in snowboard cross, he was already thinking of how to improve his “new” self even more.

“Just more practice, I think. Maybe I can mess around with prosthetics, get something that works a bit better,” the 26-year-old said, referring to the fact that others in his upper limb disability class, with more strength in their arms than he has, are still able to pull themselves through the starting gate and out onto the course.

“So basically, I worked on this in training, and the best way for me to get out is to have my board sideways so I can put the edge in and then I kind of jump out and I just use my arm for balance, rather than pushing out. So I’m essentially starting out sideways and jumping out straight,” Pollard said.

“It puts me to the back of the pack straightaway. But that’s the sport and I wouldn’t whinge about it. There’s always stuff you can improve on…like a big pulley or something.”

Pollard finished 12th in his first run on the 925m course from a field of 22 athletes. But he wasn’t satisfied with the execution, and in his second run, he was more than two seconds faster to move up to seventh.

The top 16 boarders went into the third elimination round for a spot in the quarter-finals.

Pollard was behind Italian Jacopo Luchini from the start but caught him on a bend about 200m from the finish. There was a little hip-bump between the pair around the next feature before they both hit the last ramp, got some air, and then gave it their all to the finish line. Pollard was beaten by 0.13 seconds.

But after all he’s been through, timing has been an ever-present part of his life.

What if he had not gone surfing that day, three-and-a-half years ago?

“It was a pretty heavy situation and I’ve kind of moved past it now, trying to focus on the future,” he said.

His girlfriend Claire was at the beach that day. She was in the spectator stands in South Korea today.

“It’s been a fairly tough kind of ride, the last few years. I’m just really happy to get on the big stage and try and show what I’m capable of still doing now,” Pollard said.

“They’ve [his family] helped me through a lot and my girlfriend has been there since day one.”

A mates’ trip to Mount Buller in Victoria was part of his recovery and became another moment in time.

“I had a lot of fun. I followed that up with a trip to Canada and I actually ran into the Canadian Para-snowboard coach in Nelson and he told me all about the sport. Then I hit up the APC [Australian Paralympic Committee] when I got home.

“My first World Cup event was November 2016. That was a year and a half ago.”

And now look at him. A Paralympic athlete, and a proud one at that.

“You’ve got to keep trying. I think the biggest thing for me is I wasn’t afraid to fail. It took me six months before I could put socks on again,” he said.

The fact he was attacked by not one, but two, sharks is an immediate magnet for people wanting to know his story. But it is an emotional hell he has left behind and wants others to respect that.

“It [publicity] is tough. It doesn’t really sit too well with me. I’d rather just do my own thing and work away on my own goals than shout from the rooftop.

“It is nice to get a bit of recognition now though, because I’ve put the hard work in.”