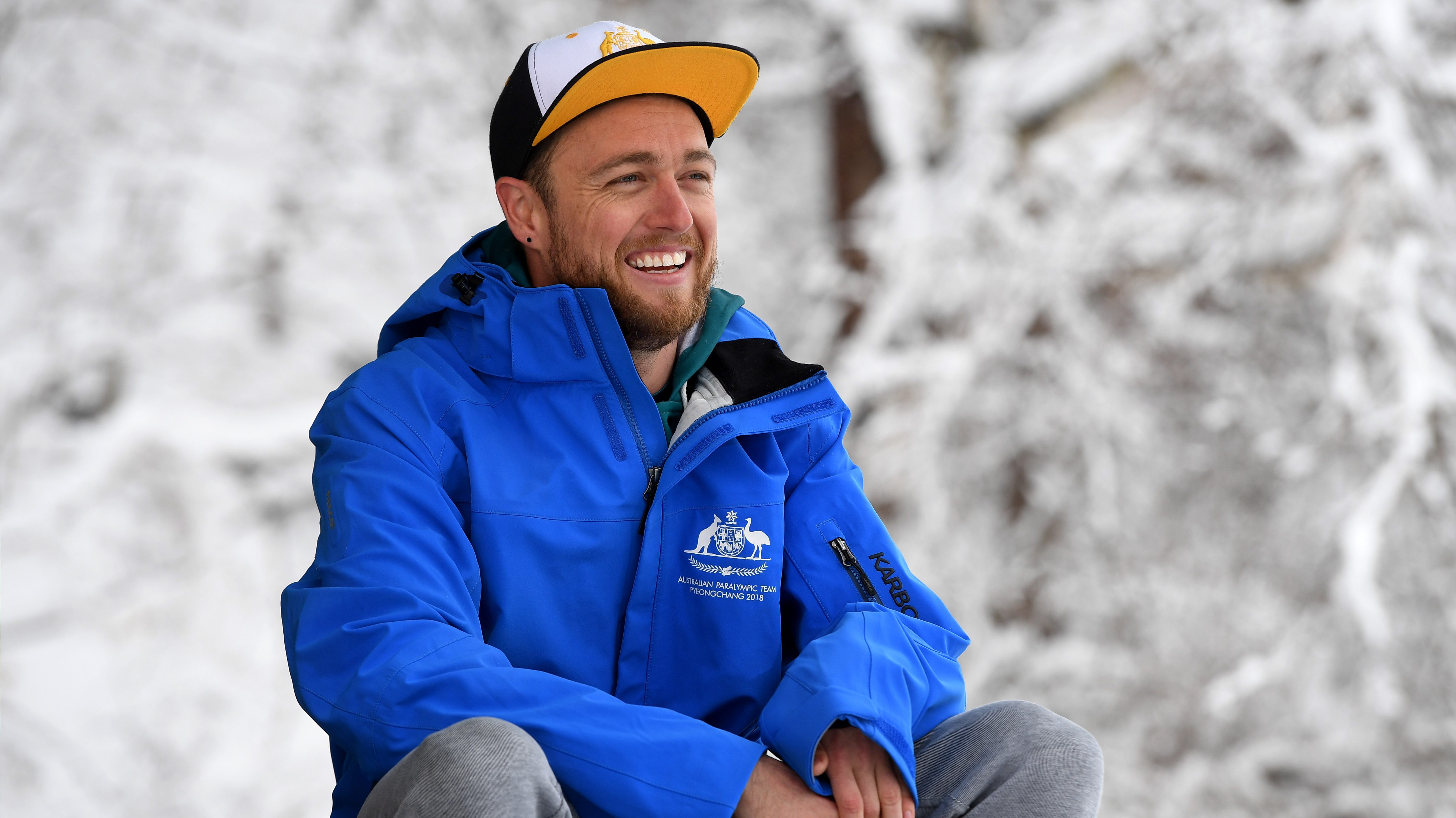 There’s only been six of them in 40 years, so Queensland’s Simon Patmore will enter a fairly exclusive club of athletes who have competed at both a Paralympic Summer and Winter Games when he takes to the snowboard cross course tomorrow.

And for the 30-year-old it’s been a journey of various steps. As a 2010 Commonwealth Games team member in Delhi eight years ago, he won gold for Australia in the 100m T46 as Para-sport events were included in six sports on the program.

Six years ago and Patmore added a Paralympic bronze to his collection from the London 2012 Paralympic Games. Patmore has a Erb’s palsy affecting his right arm.

Four years ago and Patmore found out his class had been added to the Para-snowboard program for the PyeongChang 2018 Paralympic Winter Games. That planted the seed immediately that his summers could be turned into winters.

Standing in the central plaza of the Athletes Village hearing the Australian national anthem being played as the team of 15 winter competitors was welcomed to South Korea, and Patmore was awash with emotions.

“I didn’t think I’d ever be here. In saying that, I worked really hard for it,” he said.

“As soon as the idea came about in my head that I could be a Winter Paralympian, I set my sights on that. So for me personally to be here today, it’s a giant personal gain. It’s been a four-year goal to get here.

“For me to be celebrating now, I’m over the moon.

“I had a moment in the crowd at the Village Welcome Ceremony when I was just looking up and watching the flag come up the pole and thinking ‘I did it; I made it’. That’s a tick.”

Track sprinting to snowboard cross and banked slalom certainly require different training methods. But is there much difference in focusing for a Games, whether it’s Winter or Summer?

“There definitely is. I had to change my whole attitude towards competition,” Patmore said.

“I always thought competition was competition but I found being a track athlete I just wasn’t going anywhere. So I had to mature as an athlete and become better at my discipline.

“All the elements were different. A snow slope is not the same each day like it is for an athletics track. There’s no world records here as conditions and courses vary so much. You’ve just got to get down to the finish line as fast as possible.

“It’s also knock-out races to get anywhere near the final. So there’s a different process to get to a final. I’ve got to keep my head on straight.

“Learning the sport was one thing. Learning how to win in this sport is another. It’s only in the last six months I think I really got my head into this snowboard thing and realised what it’s all about.

“It’s a totally different competition to athletics and I can’t apply myself like I did in athletics, and I don’t want to.”

Patmore is one of three to go the other way from Summer to Winter: Dominic Monypenny (Para-rowing to Para cross-country) and Jess Gallagher (Para-athletics to Para-alpine and back to Para-cycling) are the others.

Patmore could be the first male athlete to do the double.

“I’m so excited to see what’s coming ahead of me,” he said without wanting to put too much pressure on himself.

“Everyone is here that I want to race. Everyone is at the peak of their performance powers.

“If I walk away with something to show that I am up there with one of the best, I’m going to be really happy with that.”