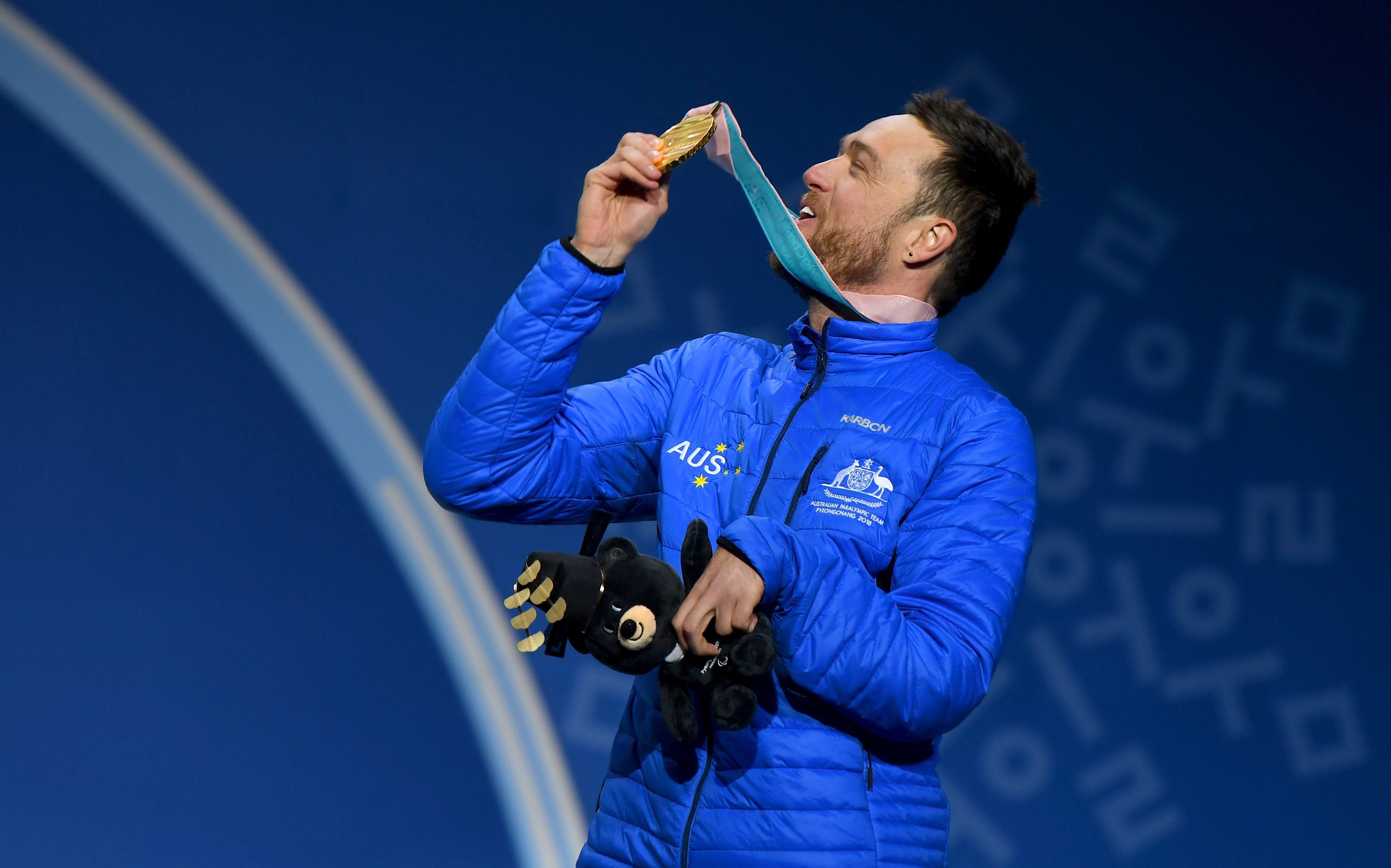 Simon Patmore is the boy from Nundah, QLD, who has now become a permanent fixture in Australian Paralympic history, with his breakthrough gold medal in the men’s snowboard cross SB-UL at the PyeongChang 2018 Paralympic Winter Games.

The 30-year-old sprinkled a fair bit of that sunshine his state if famous for, by winning Australia’s first gold medal at a Winter Paralympics since Michael Milton and Bart Bunting did it at the 2002 Games.

Jessica Gallagher won two bronze medals in Para-alpine skiing at the Vancouver 2010 and Sochi 2014 Paralympic Winter Games, followed up with a bronze in Para-cycling at the Rio 2016 Paralympic Games after she switched sports.

“When you guys say first gold for a while and first male athlete for Summer and Winter, I’m really proud,” Patmore said. “I really want to show everyone that it can be done and all you have to do is put in the effort and put in the time and trust the process.”

And to beat Manuel Pozzerle (ITA) into silver, Patmore had to do that, as he stumbled for a split-second about midway through the 925m course, which had 19 features.

“I just threw it straight out of my mind straight way, continued to race down to the bottom of the hill.”

There waiting for him were his two Australian Para-snowboard teammates Sean Pollard (ninth in the same disability class as Patmore) and Ben Tudhope (10th in the his lower limb disability class). They broke through security guards and raced out onto the snow for an impromptu celebration with Patmore. Pollard and Tudhope jumped all over him as he let the tears of joy flow.

“In the quarter-finals, semis and through to the final, I was just holding back the tears and the emotions,” Patmore said.

“Man, my goggles fogged up as soon as I crossed the line. I had to collapse on the ground or I would have run straight into everyone.

“It was definitely emotional. I’ve been doing sports for eight years now and I’ve had the highs and lows. You just keep pushing so you can get those highs again.”

Pollard and Tudhope experienced that today. They both made it through the first two qualifying runs to miss out on a quarter-final spot.

“It was super close right at the end. I thought I would have had him,” said Pollard, after losing to Jacopo Luchini (ITA) by just 0.13 seconds.

“But pretty close. I was a bit slow at the start, but yeah, I chased him down. It was a really fun race,” Pollard said.

Tudhope’s third round elimination heat was held up for 40 minutes after starting gate problems. Already three heats had to be run again due to the metal flap not falling. An official eventually had to stand between both gates, holding two elastic straps for the athletes to break through and begin racing.

The 18-year-old got ahead of John Leslie (CAN) in the third round elimination, but then slipped and lost valuable metres he could not recover.

Then there was the disappointment of losing top-ranked teammate Joany Badenhorst 24 hours earlier. The Australian co-captain was forced to withdraw from both her events due to a training mishap which saw her shatter her left knee cap.

“All our hearts go out to her. But she wanted for us was to go out and do something amazing,” Patmore said.

However, there is little time to celebrate. All three board riders are back for the banked slalom event on Friday (16 March).

“We just have to prepare like we always do. We’ve got a job to do and we’re going to do that job,” Patmore said, before heaping the praise for turning him from a track and field athlete in late 2014 to a Paralympic snowboard gold medallist.

“Listening to my coach,” was Patmore’s simple answer to the secret of his success in a relatively short period of time.

“Lukas Prem has so much experience and he tells us right from wrong all the time. Sometimes we listen to that advice and sometimes we don’t. When we don’t listen, we usually end up having a stack.

“He was just saying, ‘Ride this line all day and have fun’, and that’s exactly what all of us did. This is a result of his great coaching and great knowledge,” Patmore said.

Prem is former team coach for the British Olympic team in 2010, and most recently for the Australian Olympic Team in 2014, before joining the Australian Paralympic program in late 2014. He is married to Olympic snowboarder Stephanie Prem (née Hickey).

“I was there and it’s been a long time,” said Chef de Mission, Nick Dean, who was coincidently also Chef de Mission at the 2002 Paralympic Winter Games.

“Any medal of any colour is great, but I forgot how good gold is,” Dean said.

“And this is a gold for the team – that team is just fabulous.

“That’s sport isn’t it? You’re in the depths of despair and misery,” he said, referring to Badenhorst’s injury and rotten luck. “Then you let that wave roll over you and you’re back on top again with a level head.

“Simon was clinical today – absolutely cool, calm and clinical. He was terrific.”