Patmore adds a bronze to his Paralympic medal collection 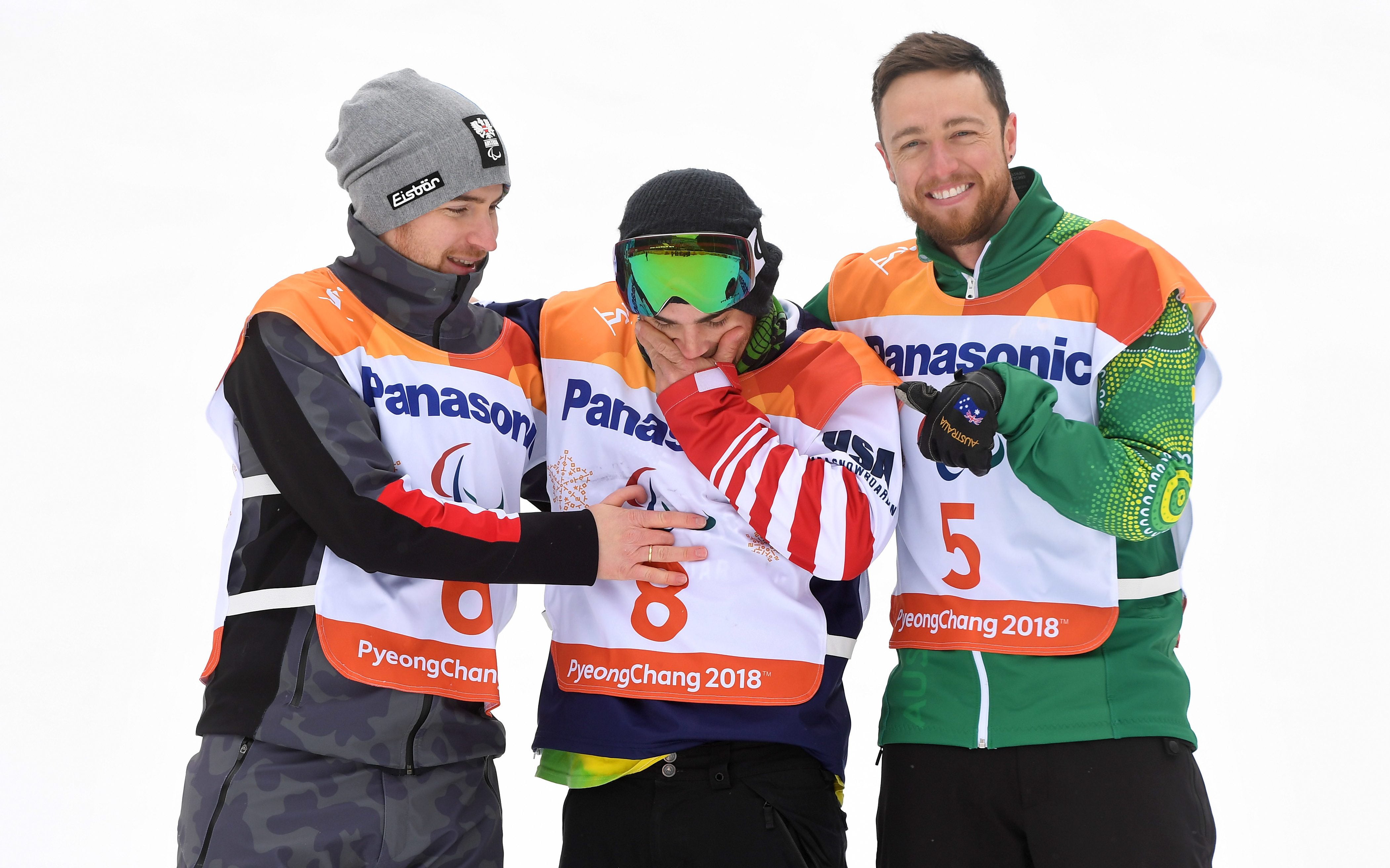 And in doing so, he not only gave himself a 100 per cent record in South Korea – two medals in two events – but doubled the Australian Team’s medal tally from 2014 to four. The Russian collection was two bronze medals. The PyeongChang collection currently sits at one gold and three bronze, with two events left on the 2018 program in Para-alpine skiing – the men’s and women’s slalom.

That gold is Patmore’s after a startling six runs in the snowboard cross on Monday.

“I can’t believe it,” Patmore said of his precious cargo, after being ranked world No. 6 in the snowboard cross and No. 5 in the banked slalom before heading to PyeongChang.

“I literally can’t wait to be a week from now and look at my medals and think, ‘Oh my god, how did I get these?’,” he said.

“I had no expectations going into banked slalom. I definitely did have a little confidence boost after the gold medal.

“I knew the boards were running fast, so when I came down the course the first time and put down a good time, I thought, ‘Well it’s game on!’

“I got some good advice from my coach [Lukas Prem], and each run, I was able to put down a faster time.”

Patmore’s teammate in the SB-UL class for athletes with an upper limb disability, Sean Pollard, had his best result of the week with a fifth placing today after his ninth in the snowboard cross.

“It’s been a good day. I was a little disappointed after the snowboard cross on Monday, but it’s good to get a better result today,” the 26-year-old said.

“The competition is really tough. Those guys know how to throw down. When the pressure is on, they stood up.”

And that’s something Pollard can be proud of. He starts each race not being able to pull himself through the metal timing gates because he has no arms, unlike other competitors with one functioning arm. Pollard lost both limbs to two sharks in an attack while surfing near Esperance, WA, in October 2014.

“I was aiming for a top-eight finish so I’m happy with that today,” Pollard said.

“I was dreaming of a podium finish when I came here, but the reality is that I’m up against it in this category because the guys are really good.

“There hasn’t really been the time to think about it [his week as a first-time Paralympian]. I’m sure over the coming weeks I’ll be reflecting on today and the whole experience. It’s been a good one.”

The banked slalom course had 14 turns and was 604m in length. Athletes had only one training run on the course yesterday, and there was no second look at it today before competition began.

“It was three runs off the bat. So you had to put down a fast time on the first run, as the course was very firm and had a little ice on it,” Patmore said.

“When it’s icy like that, it’s hard to steer your board around, but it was quick.”

After the first run, all three Australians secured top-10 placings – Patmore in second, Pollard in sixth, and Ben Tudhope, sixth in the SB-LL2 class for athletes with a lower limb disability.

After the second, Patmore maintained second, Pollard jumped to fourth, and Tudhope slipped to seventh.

But in the third and final run, both Patmore and Tudhope were faster on the clock. That didn’t translate into improved placings, and Patmore took bronze for third behind Mike Minor (USA) and Patrick Mayrhofer (Austria), while Tudhope finished in seventh position.

“It’s amazing representing Australia and just being here,” 18-year-old Tudhope said. “I love the competition, but everyone brought their A-game here today.

“I didn’t quite get the job done, but I’m super proud of myself.”

Tudhope’s third run was his fastest, and he said he looked a message sent to him by rugby league star Jonathan Thurston, just before his last run. The pair met at the Sport Australia Hall of Fame Awards late last year.

“That helped me to definitely believe in myself. I did make some stuff-ups earlier, but it was just great to get that PB [personal best] on the final run.”

Both Tudhope and Pollard were extremely proud of Patmore’s results.

“Simi is a legend. He’s the most amazing person and an amazing friend to me,” Tudhope said.

“He’s so determined and he was in the zone the whole time. So it’s not unexpected to me that he has done this well.”

Pollard added: “He’s a tough competitor and his preparation is second to none.

“The stuff I get to see behind the scenes of what he puts in means he definitely deserves the medals.”