Paralympian Patmore thanks Gallagher for being part of his journey 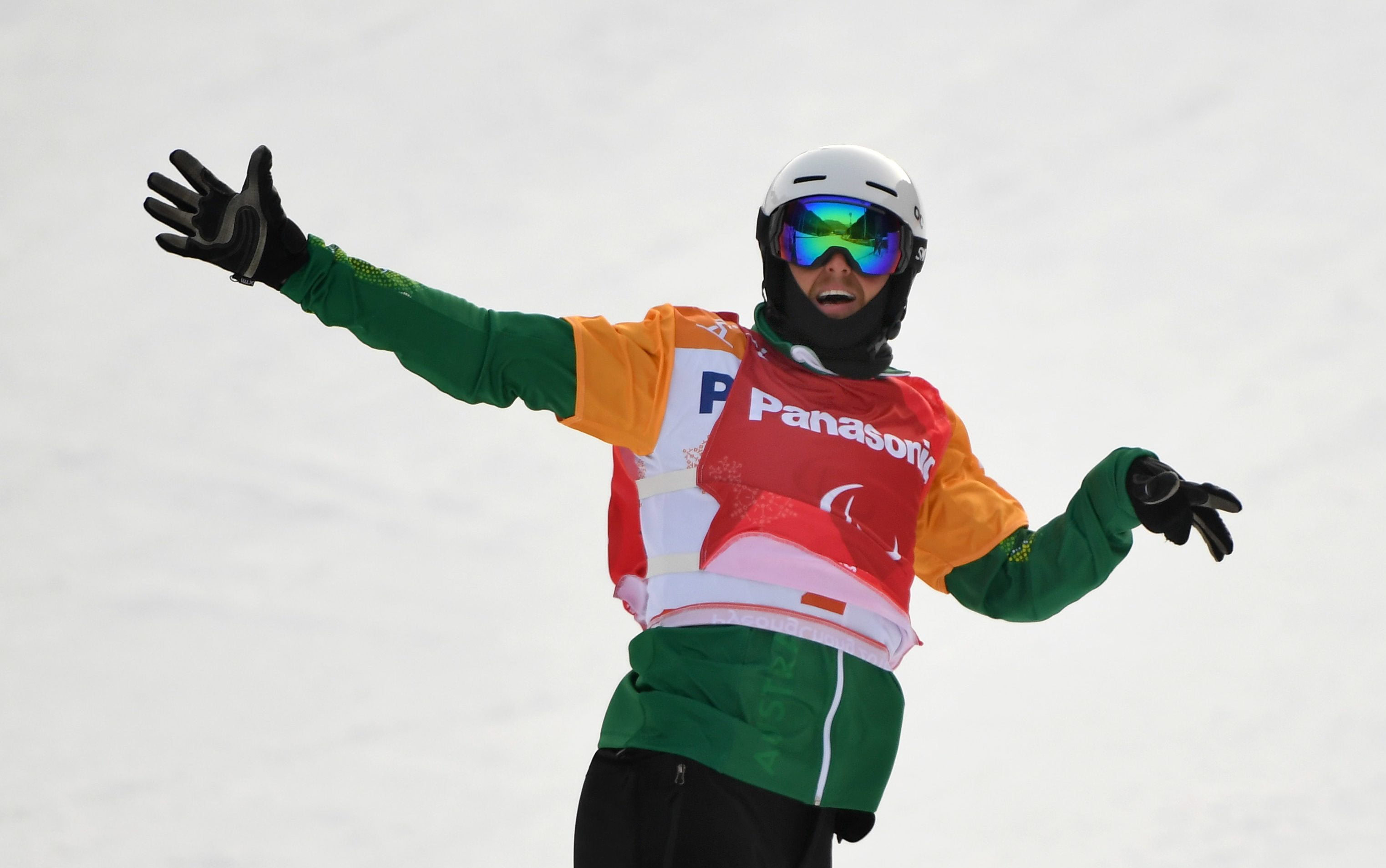 Dual medallist from the PyeongChang 2018 Paralympic Winter Games, Simon Patmore, drew inspiration from Para-alpine skier turned Para-cyclist Jessica Gallagher, when he bit the bullet and decided he wanted to be a Summer and Winter Paralympian.

While there are many athletes who have switched sports within their seasonal Games – for example, Dylan Alcott winning double gold in wheelchair tennis in 2016 after winning gold and silver with the men’s wheelchair basketball team at the Beijing 2008 and London 2012 Paralympic Games – there have only been six Australian athletes in 42 years that have successfully jumped between Summer and Winter.

And only two have won medals in both – Patmore and Gallagher.

“I know how hard it is,” Patmore said, of converting a 200m sprint bronze in London, to gold and bronze in the snowboard cross and banked slalom respectively, at the 2018 Games.

“The fact it’s been done before with Jess Gallagher – and she inspired me to do that – and then seeing Dylan Alcott do it from one sport to another.

“To medal in both, I’m definitely proud to do that. I want to keep medalling for sure. I want to ride this out for as long as possible.”

Patmore does not hide away from the fact Gallagher’s achievement (bronze in Para-alpine skiing at the Vancouver 2010 and Sochi 2014 Paralympic Winter Games, and bronze at the 2016 Summer Paralympics in Para-cycling) planted the seed in his own mind.

“I just wanted to become a Winter and Summer Paralympian. That was my goal.

“Yes, I had a medal from the Summer Games, but to medal here went past my expectations and that’s why I’m just so happy to be able to stand here with two medals on me.”

Gallagher took to social media to welcome Patmore into the club.

“Loving watching the action & having Simi join the Summer/Winter club,” she tweeted.

Patmore didn’t receive it as he’s locked himself out of social media temporarily.

“I haven’t had a chance to speak to her and I’ve been completely off social media altogether. That was my whole plan. I sent out an email to everyone to say, ‘I am here to do a job so I’m going to disconnect from the world to do what I have to do’,” he said.

“I’ll go through all my messages later.

“But yes, Jess is a big driver of this whole sport, as she jumped in between sports. It’s great to be in ‘the club’.”

And why stop there? Patmore turned 30 last August and will be 34 by the time the Beijing 2022 Paralympic Winter Games roll around. But in between will be two World Championships (2019 and 2021) and four World Cup seasons.

“Nothing is stopping me; nothing at all. I could definitely head that way for sure,” he said.

“I am getting into the 30-something age, but physically I am definitely up there. I feel I can hold myself together well.

“If there is a good program out there and I hold it together [no serious injuries], then definitely I can go the next four years.”

And that’s the key, right there – the program based on the intuition and knowledge of Australian Para-snowboard Head Coach, Lukas Prem.

“He’s also been an Olympic coach, who was on the Great Britain Team, on the Australian Olympic Team, and his wife is an Olympian [Stephanie Prem].

“The knowledge he could provide for us, but it’s also the knowledge of knowing what his athletes are capable of doing and how to drip-feed that information to us.

“It was a case of the first two years, we didn’t really know what we were doing, but the idea came together in the last eight months. Then I said, ‘Oh yeah. I see what you’re trying to do here. I can actually snowboard’,” said the former track athlete, who also won Commonwealth Games gold in the men’s 100m T46 in 2010.

“The way he delivered his program made me think, ‘I’m not too sure,’ at first, but now it’s taken me to two medals, a fifth place for Sean [Pollard] and a sixth for Ben [Tudhope]. That’s a fantastic result.

“And then with Joany [Badenhorst] and all her World Cup wins, and then winning the IPC [International Paralympic Committee] Crystal Globe…that is a big one to win.

“I’d like to say, that ever since Lu [Prem] has been running the program, at every event, we’ve had at least one athlete medal – every single event. That’s saying something.”