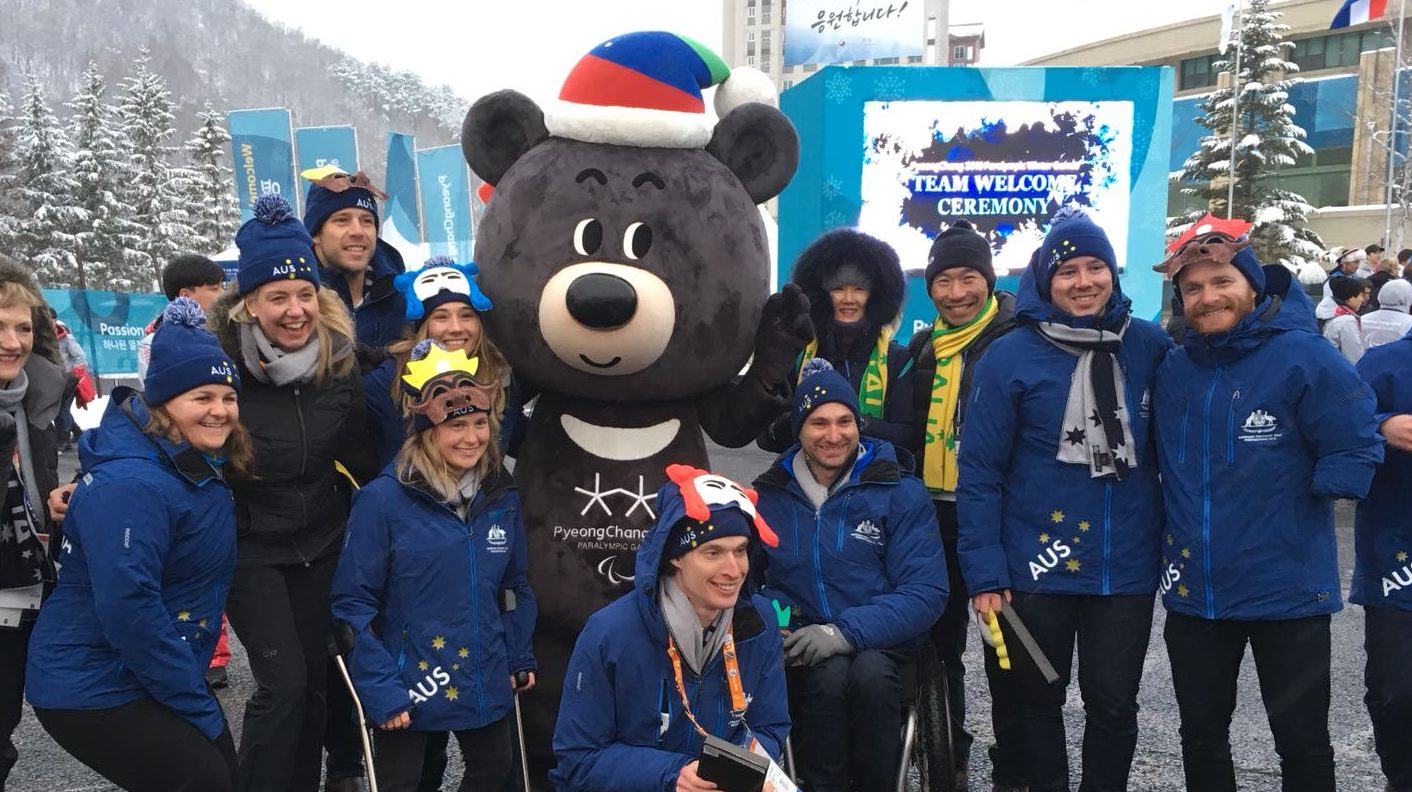 A piece of Indigenous artwork, which features prominently on the Australian athletes’ competition uniforms, was the gift Australian team Chef de Mission Nick Dean gave to Paralympic Village Mayor Park Eun-soo at the welcome ceremony for the 15-member Australian team for the PyeongChang Games.

Indigenous design first featured on the gear of the Australians at the Rio Paralympic Games in September 2016. It proved such a popular motif for the athletes that the Australian Paralympic Committee decided to continue on with a similar design on the Winter Games uniforms.

After ‘Advance Australia Fair’ was played in the Village’s central plaza as the Southern Cross flag was raised, Dean also signed the “mirror wall” on Australia’s behalf to signify the team’s commitment to peace and breaking down barriers for all people of the world.

Park, 62, a former judge and Korean parliamentarian, engaged with disabled sports in 1990 when he started to play wheelchair tennis to overcome his poliomyelitis. He later founded the first wheelchair tennis club in southern Korean city of Daegu and created an international wheelchair competition.

Australia was welcomed to the Village today alongside the Netherlands, Spain, Turkey and France.

It was the last ceremony of the day with light snow falling in the late afternoon light and an outside temperature of -2 degrees Celsius.

But the Australian athletes kept themselves warm with rousing rendition of the national anthem.

Australia’s participation in the XIIth Winter Paralympics, which open at the PyeongChang Olympic Stadium tomorrow night, means it has participated at every Games since the first at Ornskoldsvik in Sweden in 1976.

Australia has won 30 Paralympic medals, including 11 gold, in alpine skiing events. Snowboard only joined the Paralympic program in Sochi, but Australia has four snowboarders in PyeongChang.