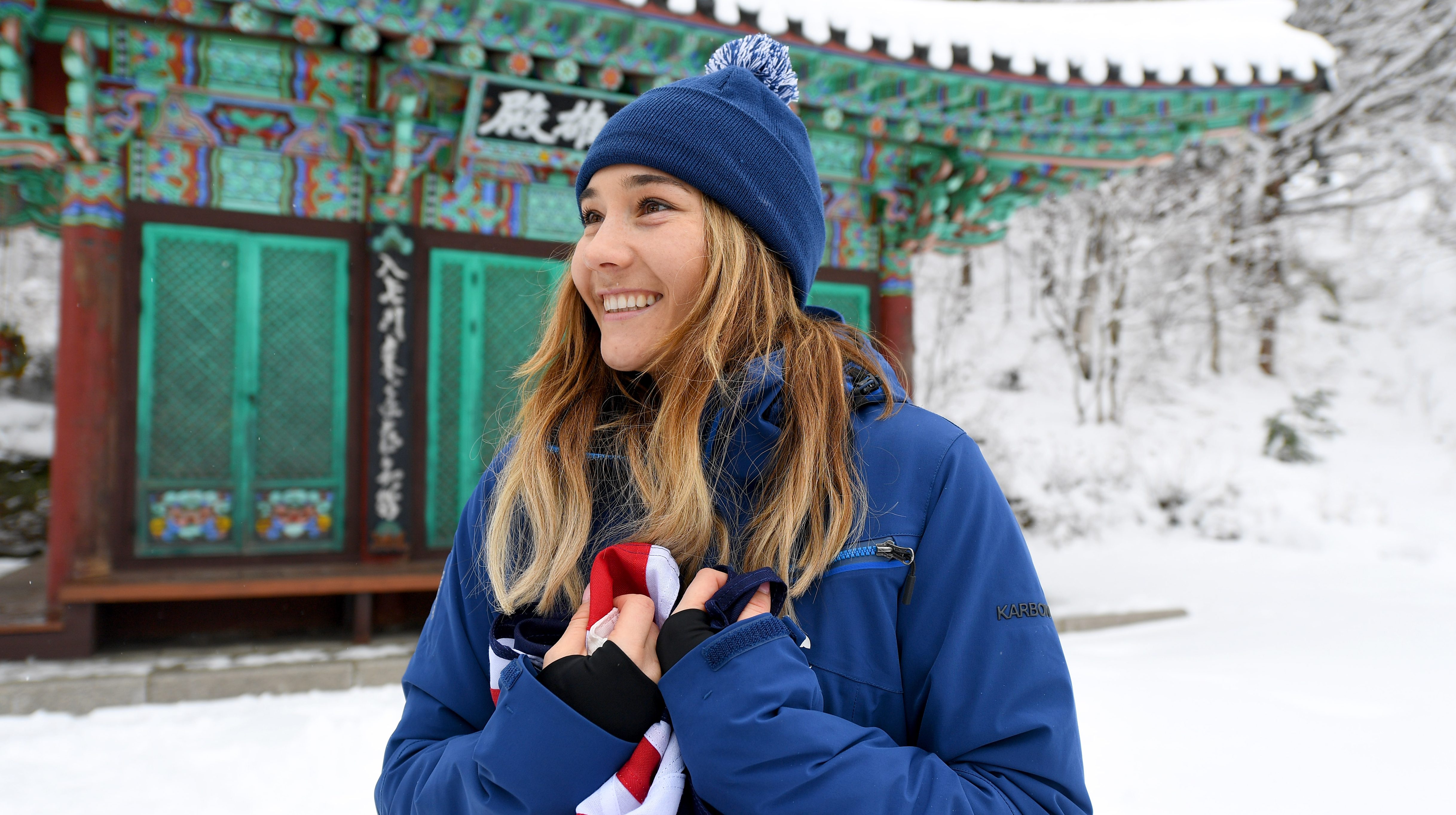 By leading the 15-member Australian Team into the stadium, Badenhorst becomes the 12th athlete to receive the honour but the first woman.

“It’s phenomenal to be a part of history. My name will be written down now and it will never be erased. That’s very, very humbling,” the 23-year-old said.

“I’m so passionate about women in sport, so having us recognised is a special thing.

“It takes a lot to get to his level as a girl following her dreams. I’m hoping women continue to change the future of this sport.”

Snowboard events only entered the Paralympic program at the Sochi Games in 2014. Badenhorst was the only woman on the team four years ago and wants to become the first female to win a medal in the sport.

Para-alpine skier Jess Gallagher became the first Australian female to stand on a Games podium with her bronze in Slalom at the 2010 Vancouver Paralympics.

Badenhorst knows that’s a real possibility for her since she is ranked world No.1 in snowboard cross and No.3 in banked slalom after winning two IPC Crystal Globes in those events for being the athlete with the best overall results in the 2017-18 IPC Para-snowboard World Cup series.

“The Paralympics to me is a celebration of all we’ve been putting in for the last four years,” Badenhorst said.

“Winter Paralympians sacrifice their lives basically – being so far away from home for months on end – for what we see as a higher cause.

“We are the lucky ones though because we are selected to compete for our country after all that hard work. A lot of people don’t get the chance to do that.

“We represent Australia which is a country founded on sport, so me getting to hold our flag is the highest honour. I’m nervous but I wouldn’t want it any other way.”

She has even offered herself some advice: “Don’t trip; don’t break a leg.”

They are profound words since it was Badenhorst who crashed in training the day before her competition in Sochi. She smashed her kneecap and dislocated the joint forcing her withdrawal from racing.

It was a similar story for Australia’s last Winter Flag Bearer – Cameron Rahles-Rabula (Vic) – who crashed in training also damaging his good knee. He was an upper leg amputee and also had to withdraw from his events. Australia still managed two bronze medals at Sochi.

But with the help of crutches and a special chest brace to carry the Australian flag, Rahles-Rabula managed to march and lead out the 11-member team in 2014.

“He went into the ceremony a little bruised and battered. It was really difficult for him,” Badenhorst recalls, herself a leg amputee, as she walked behind in Russia four years ago.

“But when it came to strapping on the flag, he did it. And he did it so incredibly well. So to follow in the footsteps of someone like Cameron makes me want to be such an incredibly good and strong teammate like he was.”