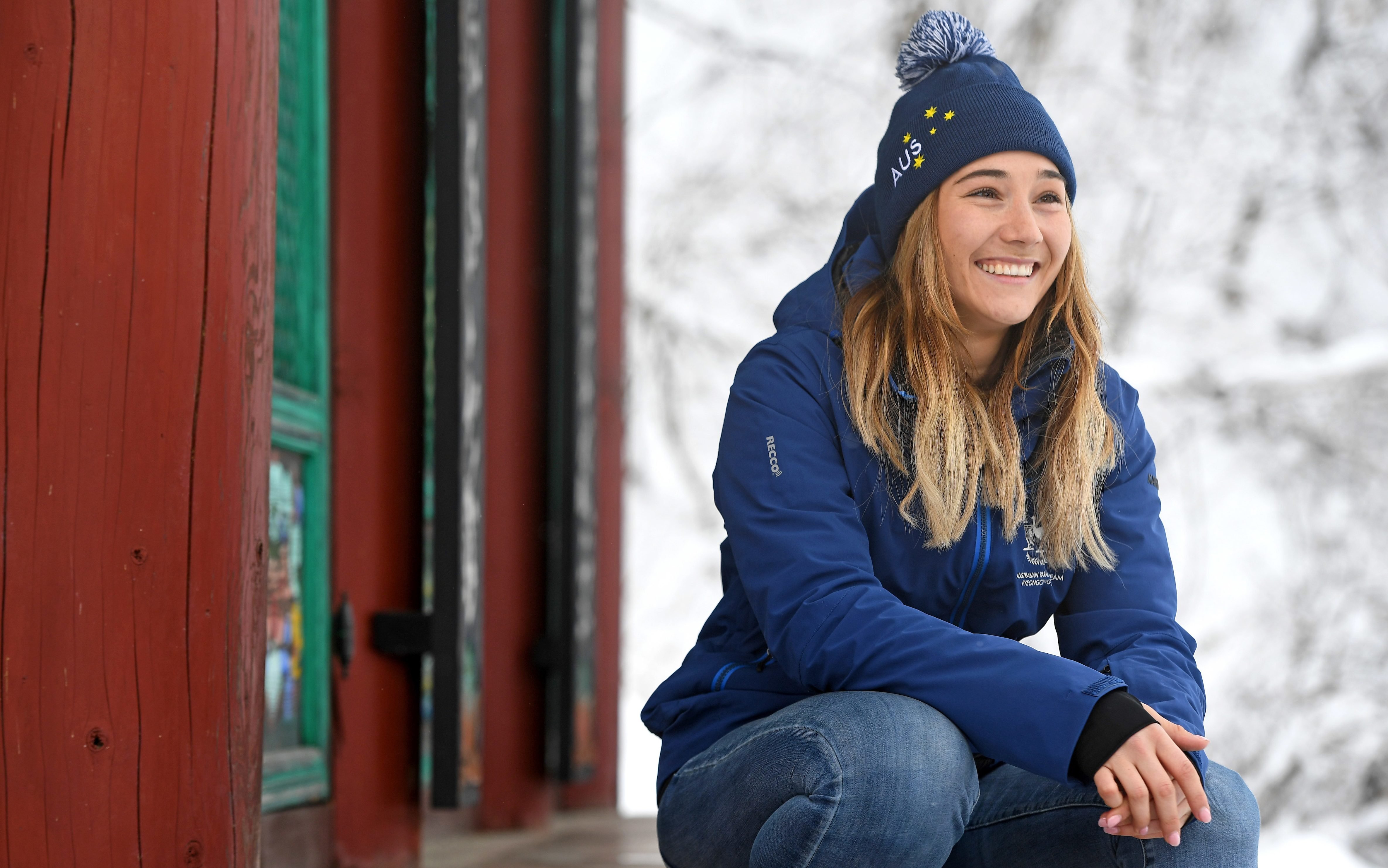 She was the best women’s SB-LL2 athlete for the 2017-2018 World Para-snowboard World Cup season, so Joany Badenhorst is not going to budge from her new duties as chief cheerleader following the devastating leg injury that closed the competition door for her at the PyeongChang 2018 Paralympic Winter Games.

Badenhorst won a World Cup Crystal Crystal Globe in February for banked slalom and sealed the overall Globe too, signifying she was the best performed athlete over the World Cup season just ended.

She headed into PyeongChang with high medal hopes. They have now been shattered – like crystal – but Badenhorst is an athletic force to be reckoned with.

The 23-year-old dislocated her left knee cap and caused extensive ligament damage in a training crash on Saturday (10 March). She was due to compete in the first of her two events in PyeongChang on Monday. She has now withdrawn.

Eerily, the same circumstances – a dislocated left kneecap – on the eve of competition at the Sochi 2014 Paralympic Winter Games ended her campaign there too.

It’s not as if her left leg hasn’t been through enough trauma already. Thirteen years ago Badenhorst’s left leg was amputated below her left knee after she got her pants caught in a tractor shaft on the family’s South African farm. She moved to Australia with her parents in 2009.

But despite the devastating news delivered on Sunday by Australian Paralympic Team medical staff, Badenhorst is not returning home to Australia, but staying on.

“We still have another 11 athletes competing and they always can do with a loud cheer squad,” Badenhorst said. “You’ve heard me talk, I can talk anyone’s ear off. I’m going to be in the crowd, with them every step of the way.

“I’m going to attend both of the races and be the fan club, and make sure that no matter what all of our athletes need, I’ll be in their corner. I’m there and I’m going to try and define myself another role.”

But the Para-snowboard squad of four, is now three, and with that a quarter of its medal-winning chances have evaporated. Badenhorst was a strong medal contender.

However, the severity of her crash during training at the Jeongseon Alpine Centre has ended her hopes.

It happened the way most athletic accidents do – innocently.

“Basically, I kind of caught off a feature in the middle of the course just after turn four, and I was not balanced enough in the air and as I came down I was front-heavy and basically the tip of my snowboard caught the downwards ramp of a feature and I kind of tomahawked forward and slammed my body to the snow.

“After the crash, there were a lot of things going on,” she said, when asked her first thoughts in that challenging moment.

“I could kind of feel both my legs were in a lot of pain, but all I wanted to do was get off the course and to the medical centre down below so we could figure out what was going on. I was really hoping for the best.

“So this morning my doctor asked if I was okay, and we sat down for a little meeting and looked at the scans and the medical diagnosis, and they gave me the news.

“You can probably imagine, I was incredibly emotional I’d say, and quite devastated, but I think I took it as well as can be, and it’s not what I expected.

“I can’t really think about it right now, it does make me really, really emotional and I’m quite fragile at the moment.”

But ever the optimist, Badenhorst is now counting her blessings, even if she has to dig to find them.

“Considering the extent of my injury and the damage I did to myself and my back brace, I’m actually very, very, very lucky I was wearing a knee brace, my helmet and my back brace – it could have been so much worse, and that’s what I’m really thankful for.

“It would have been great to do it but it’s not the worst thing in the world right now, and I’m very lucky to be able to walk away from this the way I am – with the amount of injuries I have. It could have been way worse.

“When you look at it that way, I’m actually really happy. Very blessed.

“[But] I was killing it. It was a tough course, but it was an incredibly good course.

“It was flowing really well, the snow was a little bit tricky but I was handling it very well, and for the first time in competition, I felt fearless and I was hungry. I wanted it and you could tell in my riding. I was riding aggressively and was riding incredibly well.”

So Badenhorst put down a run she can be proud of. She has left her mark on PyeongChang already.