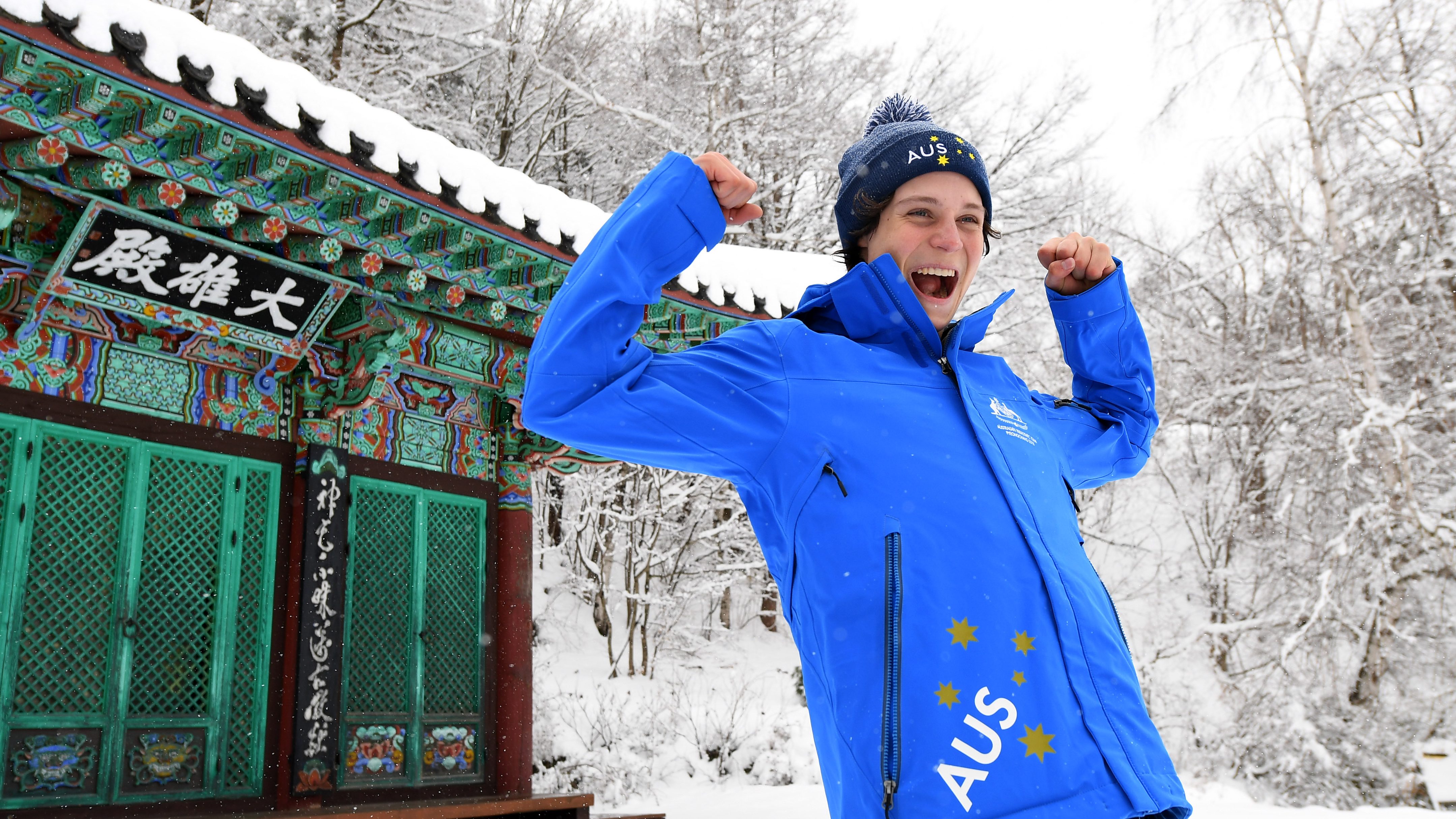 The Australian Paralympic snowboard team headed off to the South Korean coastal town of Gangneung this week to give everyone a change of scenery between Monday’s snowboard cross and tomorrow’s banked slalom at the PyeongChang Winter Games.

Australian Para-snowboard Head Coach Lukas Prem booked a hotel on the shores of the Japan Sea, after he saw that the two Para-snowboard events were a few days apart on the 2018 Games schedule.

“We had a little break down the coast to re-set and re-focus,” Prem said today, on the eve of the final Para-snowboard event.

“We always had planned that before we came here. We could see this would be an interesting situation with the break of two full days.

“What if you get what you want, are you going to be able to back it up? Are you still going to be hungry? Or what happens if things don’t go your way?”

As it happened, things went Australia’s way just fine. Simon Patmore more took gold for this upper-limb disability category to become the toast of Paralympic sporting history by becoming the first Australian male to medal at both a Summer and Winter Games.

It was also Australia’s first gold in 16 years, or since Michael Milton and Bart Bunting at the Salt Lake City 2002 Paralympic Winter Games.

So Prem and his coaching staff wanted to lighten the mind and body and therefore planned the little Korean get-away, which involved an ocean swim, a team dinner with family, and tickets to the Para-ice hockey match between Norway and Sweden on Tuesday night.

“Boarder cross is the most taxing discipline on the body and it’s a big build-up. It is physically and mentally very demanding,” he said.

“We had to re-shift the focus as we have back-to-back competitions. The last time we had that was at the World Championships (February 2017 at Big White in Canada) because usually or events are just a single competition – either boarder cross or banked slalom.

“In training we switched it up a bit to try to make the switch-over between the two disciplines a bit easier. They are prepared for it and what I saw up in training today they are all hungry for it. There is no way Simon is going to rest on his laurels.”

Prem’s three-man Para-snowboard team of Patmore, Sean Pollard and Ben Tudhope had just one run down the banked slalom course at Jeongseon Alpine Centre today, with some intermittent light showers not affecting the snow too much.

“We’ve prepped them for any conditions and the conditions are typically Australian I would say, with the higher temperatures and the rain we had today,” Prem said.

“The challenge in the course is that it’s short. It has 14 turns. The race format is best-of-three so you really have got to be able to nail a run first up.

“The tricky part is that you really have to risk everything and be able to pull it off. If you don’t pull it off in the first run, then the pressure starts kicking in.”

Banked slalom is the last of the two Para-snowboard events in PyeongChang. The men’s and women’s Slalom in Para-alpine – to be held on Saturday and Sunday – will compete the Australian Team’s program at the 2018 Paralympic Winter Games.