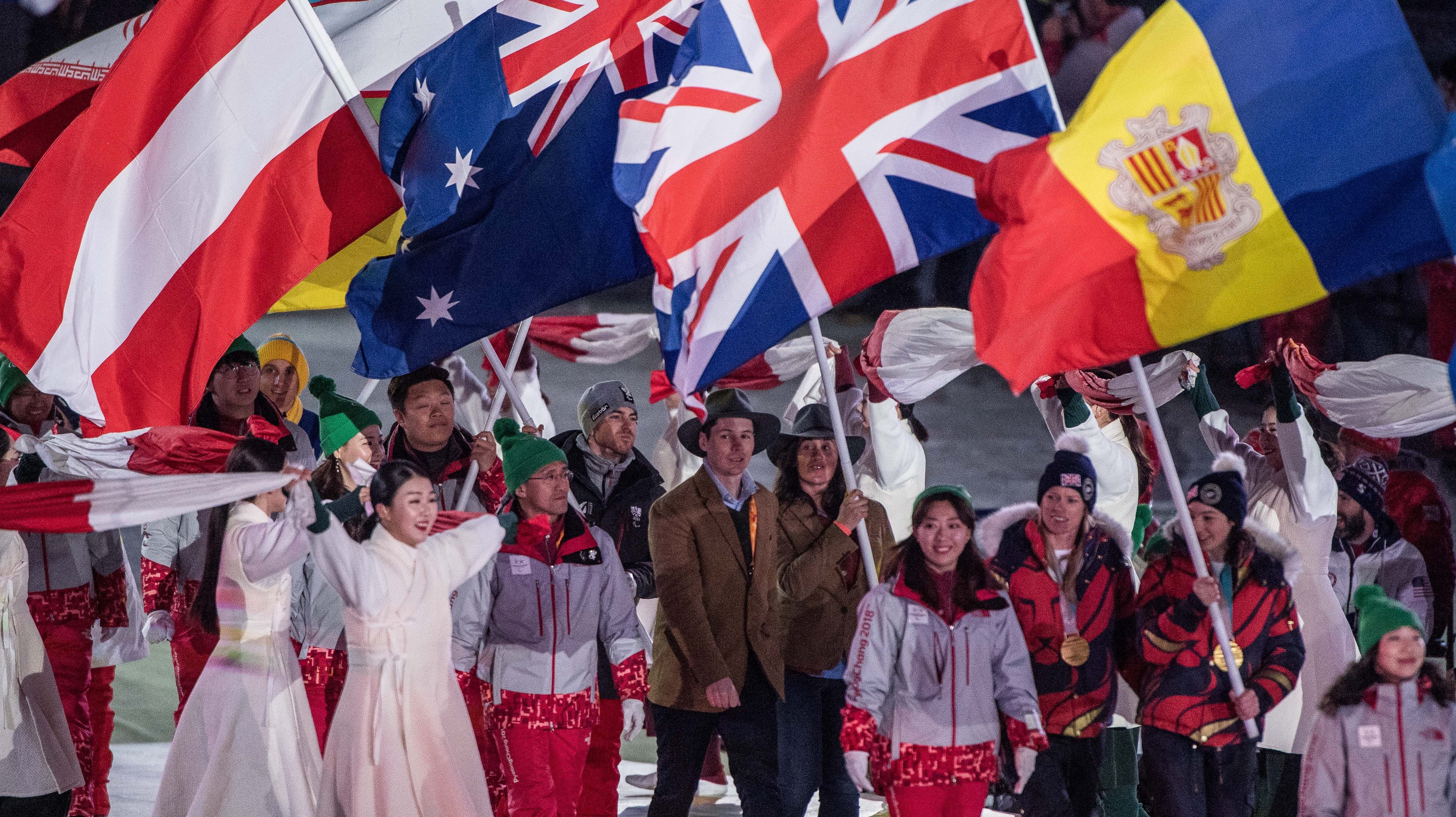 Proceedings opened with the parade of flag bearers for each of the 49 countries representing the 570 athletes who took part in the six Paralympic Winter sports over nine days.

Australia’s two-time medal winner at these Games, Melissa Perrine, carried the flag with the help of her sighted guide Christian Geiger into the PyeongChang Olympic Stadium. The pair followed Britain out into the arena and were just ahead of Austria.

Again, the stockmen’s look was dominant in the Australians’ Closing Ceremony uniforms provided by R.M. Williams.  Mustard coloured jackets,  riding boots and Akubra hats were a stark change from the warm track suits and beanies preferred by other international athletes.

Parsons made special mention of Hawking in his list of ‘Thank you’s’ as the decorated physicist and cosmologist died during the XII Winter Paralympics in South Korea.

“At the London 2012 Paralympic Opening Ceremony, Hawking noted that we are all different and that there is no such thing as a standard or run of the mill human being,” Parsons said tonight.

“He urged us all to ‘Look at the stars, and not at our feet’. And, over the last 10 days the stars have shone brightly here in PyeongChang.”

“You delivered not just new horizons, but new records too,” Parsons said.

“With more athletes, more countries, more media, more broadcasters and more spectators than ever before, you have raised the bar for Beijing.”

China is host of the next Paralympic Winter Games in 2022.

Lee told the 35,000-strong crowd he hoped they returned to their homes with a little bit of South Korea in their hearts.

“At this moment, it reminds me of a time-old idiom ‘Zhang-Mu-Shang-Maang’, which means ‘Never, ever forget each other’,” Lee added.

“It is my sincere hope that you will cherish for ever such good memories here in PyeongChang, and come back again.”

Parsons then issued his own farewell message to athletes, before calling on them to assemble again in Beijing in four years’ time.

“Every generation gets a chance to change the world. Proud Paralympians, this is your time to be role models and catalysts for a more inclusive society.”

The Australian 15-member team flies out of Seoul tomorrow night (Monday) and will arrive back in Sydney on Tuesday morning.