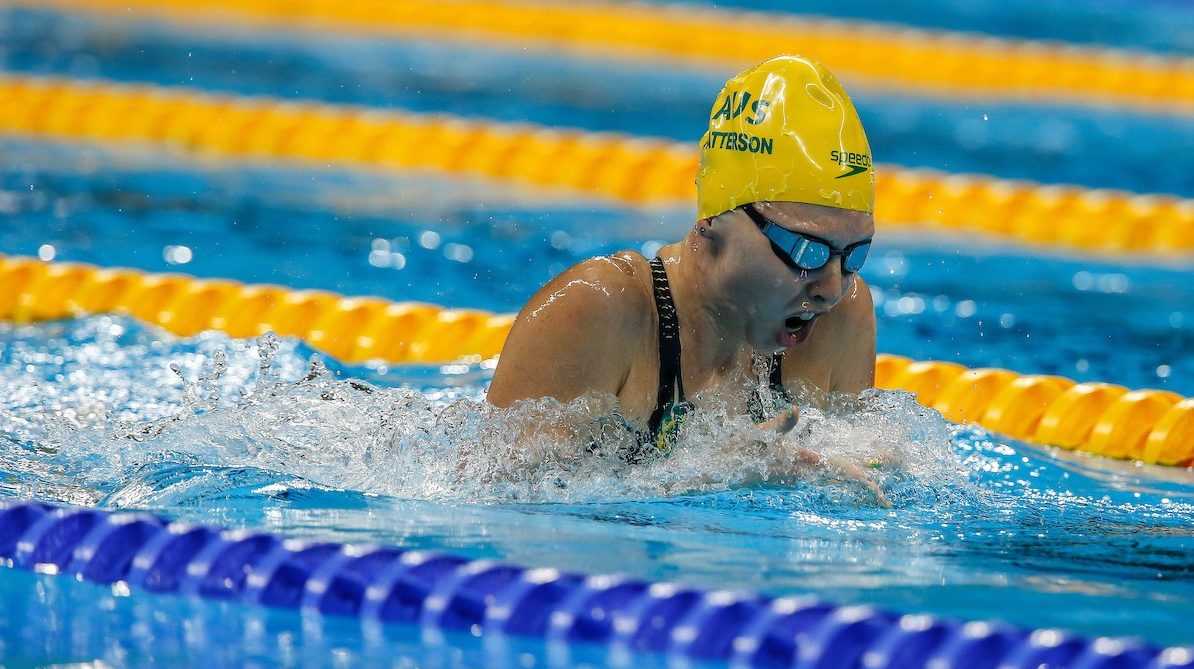 Hall and Patterson will both tackle their Paralympic gold medal 400m freestyle events while breaststroke golden girl Thomas Kane will line up in her Rio bronze medal event, the 50m butterfly.

And Australia’s 18-strong band of Para-swimmers will have the words of wisdom of one of Australia’s most astute Olympic coaches ringing in their ears in the countdown to the meet.

Leigh Nugent, who led the Australian team on two Olympic campaigns in 2004 and 2012, is the appointed Head Coach of the 2017 Para-swimming team.

But within 24 hours Swimming Canada re-arranged its Canadian Open Meet, attracting leading countries including Australia and the USA.

Swimming Australia re-arranged the team’s flights to fulfill a pre-event training camp to Dallas, USA, last weekend before the group, which includes 17-Paralympians from Rio, arrived in Toronto on Wednesday.

Nugent was quick to offer his words of advice for all, telling the team:

“Everyone has made a major commitment to prepare the athletes for the World Championships and disappointment is understandable even though the situation is unavoidable.

“As athletes, coaches and staff, these are the times when we need to remain optimistic and positive.

“The situation in Mexico is tragic and is a vivid example that in sport the unforeseen can occur and it is the athletes and coaches who are most adaptable and resilient who deal with the obstacles with a minimum of fuss and perform under any circumstance when and where required.

“We can now prove to ourselves that we are adaptable and can perform for Australia when we have to.”

Nugent advised Australia’s team coaches and swimmers leading into the meet to “maintain their training load and continue to prepare for an imminent competition”.

“It would be advisable for coaches to design workouts….with a slight elevation in the load (swimming and dry land) from which they had previously planned for Dallas and the first couple of days in Mexico City.

Australia, the USA and Canada will have their top Para-swimming athletes in action in the timed finals. For Australia and Canada, it will provide those swimmers in their classes for the Commonwealth Games the opportunity to show their wares.

Triple Paralympic finalist Emily Beecroft, who was fourth in the 50m freestyle in Rio, is certainly relieved to have the opportunity to race in Toronto.

“To get another opportunity to race and improve my times certainly is a relief. The whole team is very thankful to Canada for creating this event for us,” Beecroft said from Toronto today.

“The closeness of this team is always helpful when going through situations like this, especially as we get to support and talk to one another about how we are feeling and what we are doing to get through it.

“My goals for this meet are just to post some fast times and improve on my race plans. It’s all about getting that race experience and practice.”

And for some members of the team, including Emily, they also have the Commonwealth Games and the next Paralympics on their minds.

“I am just so excited to swim in front of a home crowd on the Gold Coast and have another opportunity to represent my country,” she said.

“My goals for Commonwealth Games are just to get some fast times, hopefully some personal bests, and just to take in as much as I can and enjoy the experience.”

“Time is definitely ticking away faster than expected. That’s why the opportunity like racing here in Canada is that much more important. The more race experience and practice, the better.”

The time finals program starts on Tuesday at 9am AEST.