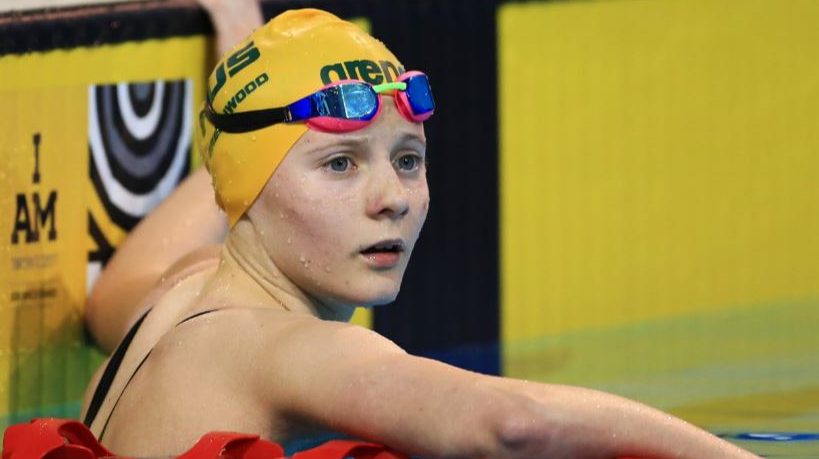 Australian Dolphins debutant Jasmine Greenwood (SB9) has struck gold on the second day of competition at the Canadian Open in Toronto, posting an impressive time in the women’s 100m breaststroke and putting her hand up for Commonwealth Games nomination in the process.

At just 12 years of age, Greenwood is the youngest member of the 2017 Australian Para-swimming team and will be one to watch in the lead-up to Tokyo 2020, with her time from today putting her in strong contention for nomination for the 2018 Gold Coast Commonwealth Games.

It took a world record to stop six-time Paralympic gold medallist Ellie Cole (S9) from taking top spot in the women’s 100m backstroke with Canada’s Shelby Newkirk (S7) stealing the show in a time of 1:21.43 for 991 points.

Cole, who has been in a moon boot for the past month after fracturing her foot, managed to still sneak into second place in 1:12.00 (981pts) despite her injury and disrupted preparation.

After stunning the world in Rio to take gold in the 50m freestyle, Rachael Watson (S4) was back to her winning ways once again, taking the title in Canada in a time of 39.02 for a total of 1056 points.

Sunshine Coast swimmer Blake Cochrane (SB7) stopped the clock at 1:18.14 for 978 points, to take the honours in his pet event, the men’s 100m breaststroke.

Schluter then went on to clock another personal best, this time in the men’s 100m backstroke to finish fourth in 1:05.69 (904pts).

Swimming Australia Paralympic Performance Manager Adam Pine said he was impressed with the results from the meet so far.

“We have seen a number of impressive swims at the meet so far, with the standouts for me today being Tim Hodge and our rookie Jasmine Greenwood,” Pine said.

“Both of them have clocked notable times in their respective events that will be taken into consideration for Gold Coast Commonwealth Games nomination.

“The team’s resilient attitude at this meet and swimming under these circumstances has really been a positive for me and has made this trip so successful and I am looking forward to seeing everyone give it their all on the last day of racing tomorrow.”

The final event of the day saw the Aussie quartet of Matthew Levy, Rowan Crothers, Blake Cochrane and Brenden Hall combine to hit the wall in a time of 3:52.85 with Crothers split of 51.23, topping off a great night in the pool for the Paralympian.

Photo with thanks to Swimming Australia