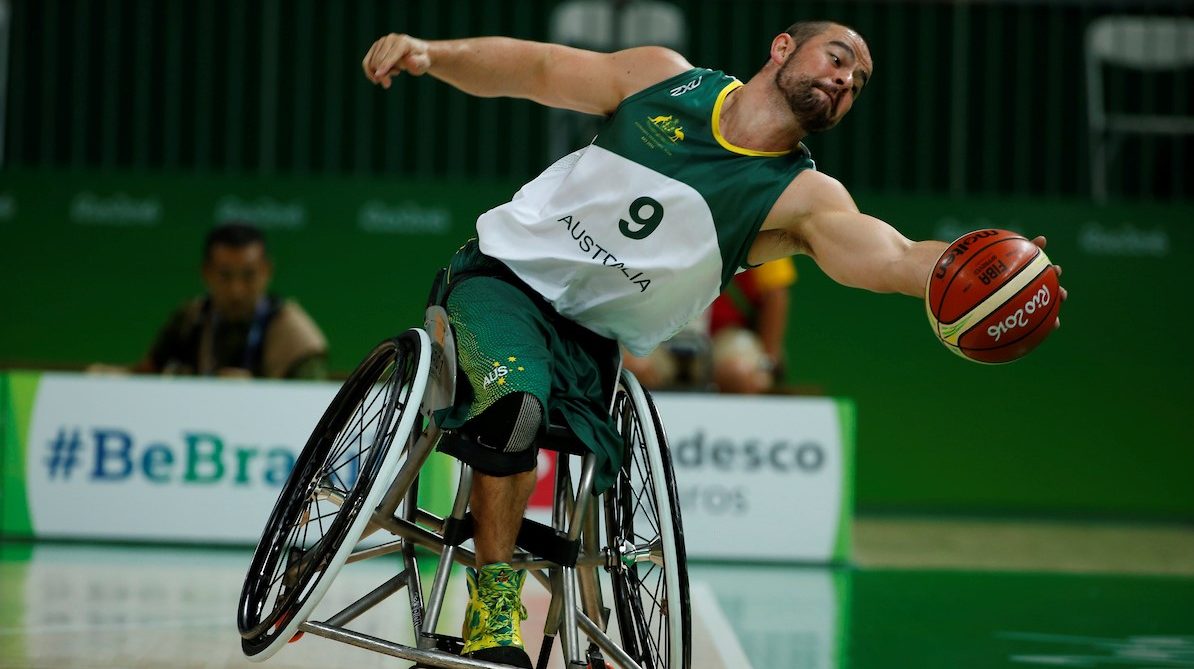 The Aussie Rollers’ redemption from Rio has continued in Tokyo at the World Challenge Cup, where they have won the tournament undefeated.

Following a victory against host nation Japan on Day 1, the Rollers faced a double-header against Great Britain and Turkey the next day, the two sides which battled for the bronze medal at the Rio 2016 Paralympic Games.

Against the British, Australia started slow but their defence kept them in the contest as they only trailed by two points at quarter-time.

Fatigue played an issue for the starters in the second period and they went down by five points at the main break but a mid-point line-up of Jannik Blair, Kim Robins, Shaun Norris, Tom O’Neill-Thorne and Bill Latham entered the game to put some pressure back on Great Britain.

They pushed the ball hard in transition and were well-disciplined defensively, turning the deficit around with a 21-14 quarter.

The game followed a similar pattern down the stretch, with Great Britain struggling for open looks and speed down the floor proving the difference as the Rollers claimed a 56-50 victory.

“That’s the first time we have been close to them for some time,” said assistant coach and Rollers legend Brad Ness.

“I am liking the chemistry and unity of the group.”

Just a few hours later, the Rollers were back on court against Turkey, and while the shots were not falling as they were against Great Britain, Australia still led by a point.

The Aussies then found their rhythm in the second period and extended their margin to a healthy nine points at half-time.

Coach Craig Friday implored his side to reward their hard work defensively with better decisions at the offensive end while also utilising their advantage in transition, and with those messages well-received, the Rollers went on to claim a 62-49 victory.

Though Turkey made a late charge, they could not contend with the likes of Michael Auprince (10 points) or Tristan Knowles (10 points, four assists), while Norris (nine points, eight assists) and Latham (a game-high 16 points) were damaging again.

Setting up a rematch with Great Britain for the gold medal on the final day of competition, the Rollers started the game with the mid-point line-up which had served them well throughout the tournament.

It got them early buckets but the defensive standard was not up to scratch with the four-pointers bringing the intensity in the paint to help Australia to a 17-16 edge.

Their defence then truly took over the game in the second term with Great Britain turning the ball over consistently and hardly finding an easy shot, while the Rollers took advantage on the scoreboard to open up a 36-25 lead.

Australia contended everything the British threw at them in the second half and they were rewarded for a strong performance at both ends of the floor, claiming the gold medal with a 76-54 win.

“It was a great team effort and another step forward ahead of the AOZ qualifiers”, said Friday.

“It’s great to see the initial hard work being rewarded and some belief return to the group,” added Ness.

The Rollers will now prepare for the 2017 IWBF Asia Oceania qualifiers, held in Beijing from October 21-29.

14 men’s teams will compete for four spots, and four women’s teams for two spots at the 2019 World Championships in Hamburg, Germany.