Car park turns could lead to podium places for Para-triathletes 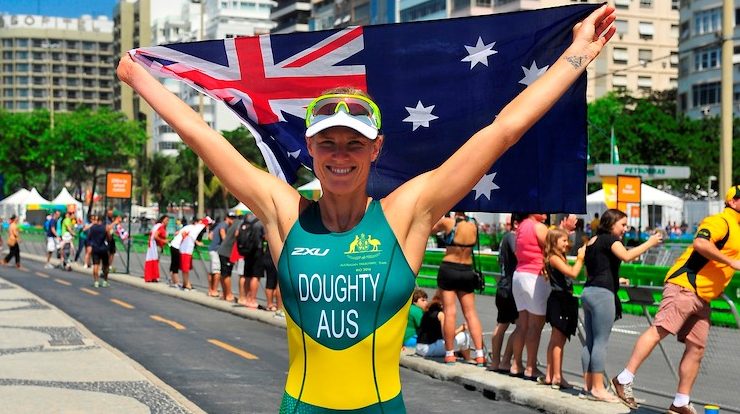 A contingent of elite Australian triathletes have been preparing together in Spain ahead of the ITU World Triathlon Grand Final in Rotterdam, the Netherlands, starting today, and it could well be a case of taking the bikes from the car park straight to the podium for Australia’s elite Para-triathletes.

Head coach of the elite able-bodied team, Jamie Turner set up a car park practice at his headquarters in Vitoria-Gasteiz, intended to replicate what will be a very tight, technical bike course for all competitors in Rotterdam.

“The group really engulfed ourselves in Jamie Turner’s program; our Para-triathletes were there to learn, to explore and to add value with specific training to set ourselves up for Rotterdam and we can’t thank Jamie enough,” said Para-triathlon head coach Dan Atkins.

“The Rotterdam course will have 120 turns per lap and we had some 30 turns every 90 seconds, assimilating that course; really trying to make sure these athletes are set up for this race from the clothing they’ll wear to the weather they’ll expect; wearing wetsuits in a lot more swim sessions that has really put us in a good place for the world titles.”

Melbourne-based Paralympian Kate Doughty is sure to make it tough for the three PTS5 medallists from the Rio 2016 Paralympic Games, Grace Norman (USA), Lauren Steadman (GB) and Gwladys Lemoussu (FRA).

The 2015 World Championship bronze medallist, who finished fifth in Rio, has been based in Girona, Spain with coach Danielle Stefano since the World Para-triathlon Series in Edmonton, Canada in July.

Australia will be well-represented in the vision impaired classes, led by reigning Paralympic champion Katie Kelly (B3) and her sighted guide Michellie Jones, who will face a mix of established Paralympic and world championship medallists, and newcomers starting their journey towards the Tokyo 2020 Paralympic Games.

A pioneer of Para-triathlon in Australia, Jonathan Goerlach (B2) will link up with sighted guide Simon Hearne to contest his fifth world championships, while Sunshine Coast duo Gerrard Gosens (B1) and guide Dmitri Simons will be there on debut. Gosens has represented Australia in Para-athletics at three Paralympic Games, the first in 1996.

Two-time world champion, arm amputee Sally Pilbeam’s PTS4 class has undergone the most change in the latest revision of the International Triathlon Union’s classification system, and she now competes with a mostly different group of athletes than those she did previously.

Making her world championships debut in 2013, Pilbeam is one of Australia’s most successful ever Para-triathletes, having won gold in 2014 and 2015, and silver in 2016.

Albury’s Justin Godfrey (PTS3), whose best world championships result is a bronze medal in 2015, will return to international competition after winning the ITU Cross Triathlon World Championships at Lake Crackenback in 2016.

In the PTS2, West Australian Brant Garvey will line up for his fourth world championships after coming in tenth in Rio last year.

The start list almost identical to the one in Rio, Garvey will face off against gold medallist Andrew Lewis (GB), bronze medallist Mohamed Lahna (ITU), and Mark Barr (USA) and Stephane Bahier (FRA), who placed fourth and fifth, respectively.

As well as preparing for Rotterdam, Garvey is also very excited for the birth of his first child next month, his wife Nat this time cheering him on from their home in Perth.

Winning silver on debut in 2015, she took gold at the World Para-triathlon Series on the Gold Coast this April to achieve automatic selection for the 2018 Commonwealth Games.

Rio 2016 Paralympian Nic Beveridge (PTWC1) is among the top contenders for the Australian Para-triathlon team’s last guaranteed slot at the Commonwealth Games. This decision will be made in early February, with the Australian qualifying period ending on January 31, 2018.

Beveridge has been steadily improving since his international debut in 2013. However, after placing ninth in Rio, nine minutes behind teammate Bill Chaffey, he has closed that gap to just 47 seconds.

South Australia’s Scott Crowley (PTWC2) has returned to Rotterdam off the back of a ninth place finish at last year’s world championships, and eighth on the Gold Coast in April.