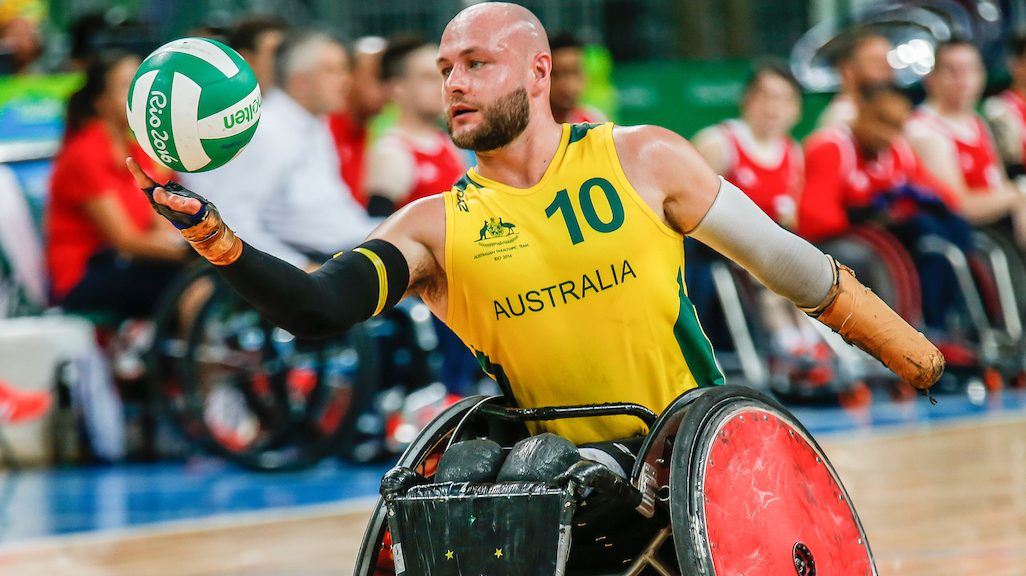 The Australian Steelers could not have been more impressive in their opening encounter at the IWRF Asia Oceania Wheelchair Rugby Championships at ASB Stadium in Auckland yesterday.

The Steelers hammered host nation New Zealand 72-43 to send a strong message to the WheelBlacks, Japan and Korea that the reigning Paralympic and World champions will take some stopping at this tournament.

The Australians showed their fierce intent from the outset, with head coach Brad Dubberley uncharacteristically opting to run his strongest line-up from the opening whistle.

And it was clear from tip-off that New Zealand simply had no answers to the physical dominance of Aussie captain Ryley Batt, Chris Bond, Ben Fawcett and Mick Ozanne.

“I don’t really like to do that too often, with those big guys. I normally like to use that as a second gear to ramp it up, but being here first game, it was good just to jump them early and send a message to everyone really,” Dubberley said.

The match was also significant for Anthony Gray from Victoria, who made his international debut.

The Steelers now turn their attention to their next match against Japan today at 4pm (AEST).

The IWRF Asia Oceania Wheelchair Rugby Championships double as the qualification tournament for next year’s World Championships in Sydney. Australia has already secured qualification as Host Nation (and reigning Paralympic champions), with Japan, New Zealand and Korea left to fight it out for the remaining position from the Asia Oceania region in the 12-team draw.